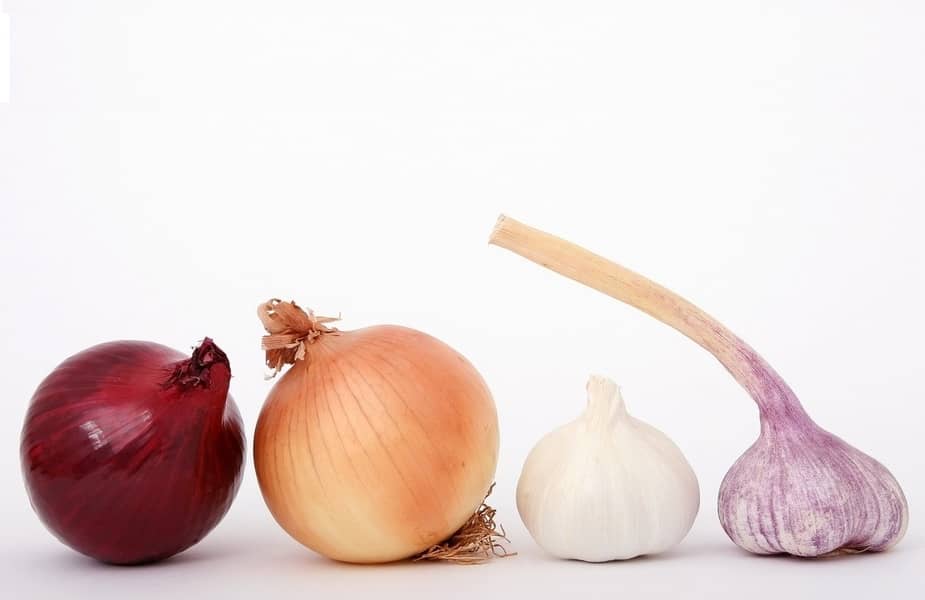 I once got into an argument with a friend who claimed that onions have to be a fruit since they are grown from seeds and are the “fruit” of the plant. I thought she had a good point, and I even doubted myself for a bit. So, I did some research and found the correct answer.

An onion is a vegetable because fruits have seeds inside them, while vegetables do not. Instead, the seeds on an onion plant are in flowers found above ground. Onions are often mistaken as fruits because onion bulbs can be used to grow new onion plants asexually.

As you can see, the answer is a bit complicated. Let’s dive a bit further into the facts.

What Makes an Onion a Vegetable?

Fruits and vegetables both come from plants; however, they develop from different parts of the plant. Fruits are bred from the ovaries of a flowering plant. They contain seeds that make it possible for the fruit to reproduce.

In contrast, vegetables form from all other edible parts of the plant. Vegetables are made up of these plant parts: leaves, roots, stems, and bulbs. Examples of vegetables that come from these components include: lettuce and kale (leaves), potatoes and turnips (roots), celery (stems), and onions (bulbs)

Onions string up from plant species in the genus Allium. Onions fall under the category of bulb vegetables. Bulb vegetables are vegetables that are not usually eaten by themselves. Onions are used in conjunction with other ingredients to make a meal. They enhance the flavor of food.

Why Do People Think Onions are Fruits?

People sometimes question whether or not an onion is a fruit because onion bulbs can be planted to produce more onions. They mistakenly classify onions as fruits because they have the means to reproduce themselves, though there are no seeds found in the onion bulb.

Where Do Onion Seeds Come From?

Onion seeds develop from the flower part of the onion plant. Collecting onion seeds to plant can be difficult because onion plants only bloom biennially. This means it takes two years for seeds to produce. Onions can be grown from their seeds, but also from their bulbs.

The produced seeds are a result of fertilization that occurs on the flower; however, onions do not grow from the flowering plant but from the seeds they have. Onions consist of shortened underground stems surrounded by fleshy scale leaves. They do not consist of seeds, which is a requirement for fruits.

An onions ability to grow from a bulb that carries no seeds can be confusing. Most vegetables reproduce through seeds; however, not all do. Some vegetables can reproduce asexually.

One of the most contentious debates about whether a food was a fruit or vegetable involved the tomato. This debate grew to epic proportions in the late 1800s when a case surrounding the tomato was brought before the United States Supreme Court.

While a tomato may be legally a vegetable in the United States scientifically, it is not considered one. Botanists correctly identify the tomato as a fruit because it bears seeds. Today, most people accept the scientific explanation that a tomato is a fruit; though, some people still debate this fact.

A botanist would not define the cucumber as a vegetable but as a fruit. They follow a classification system that puts cucumbers squarely in the fruit column. They focus on the physiological attributes of the plant. Cucumbers are a fruit because they develop from a flowering plants’ ovary.

Using the scientific classification of botanists, it is easy to find fruits that people often refer to as vegetables. Some of these items will surprise you at first; however, it is easy to understand how they are really fruits once you think about it. Some of the fruits mistakenly labeled as vegetables include peppers, pumpkins, olives (referred to as a stone fruit), okra, zucchini, and string beans.

The next time someone tries to convince you that onions are fruits, you can allow them to have a light “bulb” moment when they discover the truth from you. Just make sure you don’t give them the answer in a “seedy” manner. Okay, sorry about that.. I’m done.