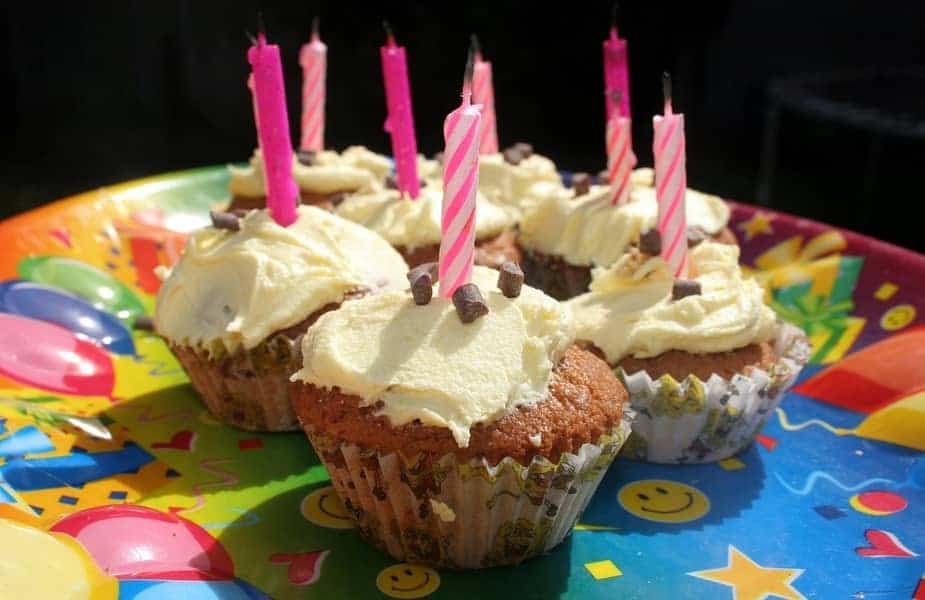 Buttercream frosting does not need to be refrigerated. Even though it contains butter and milk or cream, the small amounts used are rendered stable when added to a pound of confectioner’s sugar. The exceptions are frosting with egg, cream cheese, or meringue powder which must be refrigerated.

Just to be clear, here is a more detailed list of the versions of buttercream frosting that require refrigeration:

How Long Does Buttercream Frosting Last Before and After Being Spread on a Cake?

How long buttercream frosting lasts depends to a great extent on the ingredients and how it is stored.

Here are recommendations for how long buttercream frosting lasts before and after spreading on a cake, with refrigeration and without:

How to Tell If Buttercream Frosting Has Gone Bad

The two best and most common ways to tell if buttercream frosting has gone bad are:

What makes certain types go bad faster are mainly the ingredients and the method of storage. Frosting made with cream cheese or eggs will go bad quickly if not refrigerated. Also, cakes that are left uncovered for an extended period or placed in an area that comes in contact with direct sunlight or a heat source will not last very long.

To make cakes along with their frosting last longer, they can be refrigerated or at least kept in a cool, dry area away from direct sunlight or a heat source. Buttercream frosting will last for a day or two unrefrigerated, and 3 to 4 days in the refrigerator, but there are a few things you can do to extend the life of the frosting before and after frosting the cake. Here are a few of those things:

What to Do If You Have Too Much Buttercream Frosting

In my opinion, there is no such thing as too much buttercream frosting as I just put any leftover frosting in an airtight container in the refrigerator and snack on it until it is gone. But, if you make a lot extra, here are some ways to use it:

Basic American-style buttercream frosting made from confectioners sugar, butter, vanilla (or another flavoring), and a small amount of milk or cream will be good for up to 3 or 4 days after spreading on a cake.

On the other hand, versions of the recipe which include cream cheese or eggs should be refrigerated within 2 hours of making or spreading on the cake as those ingredients will remain good only for a short time without refrigeration.

Can You Make Buttercream Ahead of Time?

Buttercream frosting can definitely be made ahead of time. Buttercream has the best taste and consistency on the day it is mixed, but if you have time constraints, make it ahead of time, cover it with plastic wrap and leave it out at room temperature, as long as it isn’t too hot. Stir to bring it back to the right consistency right before you use it.

If you need to make buttercream even earlier, you’ll want to refrigerate or freeze it. It can be refrigerated for 3 or 4 days and frozen for up to 2 months.

Can You Refrigerate Buttercream?

You can refrigerate buttercream, but don’t refrigerate it if you’re going to be using it for a complicated cake decorating project as it is always easier to work with and tastes best when fresh. But do go ahead and refrigerate any leftover buttercream to use later for other projects.

Just be sure to cover it with plastic wrap or place it in an airtight container, position it on a shelf in the refrigerator away from any highly fragrant foods such as onions or seafood, and leave it for up to one week. When you’re ready to use it, give it time to come to room temperature, add some extra liquid if needed, and mix it to a spreadable consistency with a spoon or electric mixer.

Can Buttercream Frosting Be Frozen?

Yes, buttercream frosting can be frozen for up to 2 months in an airtight container to avoid cross-contamination with other food. When ready to use it, move the frozen frosting from the freezer to the refrigerator at least 24 hours before using it and then allow it to sit at room temperature at least 2 hours before spreading. When completely thawed, just stir by hand or with an electric mixer adding a little milk if necessary to bring it back to the right consistency to spread.

Just What is Buttercream Frosting

Buttercream Frosting, in its basic form, is a combination of fat, milk, and confectioners’ sugar. While this basic form is delicious and easy to make, most people add some sort of flavoring, which can be vanilla extract, lemon extract or lemon juice, almond extract, cocoa, and an unlimited number of other flavors.

Combine melted butter or margarine with confectioners’ sugar and add milk to reach the desired consistency for spreading.

Combine melted butter or margarine with confectioners’ sugar and add milk to reach the desired consistency to spread. Mix by hand until there are no lumps, and the frosting is smooth. Add vanilla extract, stir well, and spread on any flavor cake.

Here are some variations to the basic recipe:

Can Granulated Sugar Be Used Instead of Powdered Sugar

Should I Use Salted or Unsalted Butter

Although I use whatever kind of butter I have on hand, usually salted, many cooks prefer using unsalted butter for all their baking projects and their frostings. The amount of salt in butter varies from brand to brand, making it difficult to know just how much salt the butter will add, so unsalted butter allows the cook much more control over the amount of salt in their food. But, I’ve never had any issues with butter adding too much salt and only use unsalted butter when the recipe specifically calls for it.

What Can I do if My Buttercream Frosting Separates?

If your buttercream frosting is separating before being spread on the cake, chances are you haven’t put in enough powdered sugar. Just stir in a little powdered sugar at the time until it reaches the right consistency.

Should I Use Butter, Margarine, or Shortening in My Buttercream Frosting?

Whether you use butter, margarine, or shortening in your buttercream frosting is a matter of taste. Many people like butter because of its rich flavor. But, there are advantages to each. Shortening changes the consistency just a little and makes the frosting easier to spread and better for piping. But, margarine makes a delicious frosting that is much more cost-effective than using butter.

What Kind of Buttercream Is Best for Piping?

Making the frosting a little thicker by adding more powdered sugar and using margarine or shortening instead of butter will result in a firmer frosting that is easier to work with.

When Should I Add Food Coloring to My Buttercream?

It is best to wait until the frosting is finished before adding food coloring because it is hard to judge the color until all the ingredients have been added.

What If My Buttercream Frosting Is Too Thick or Thin?

If your frosting is too thick, add a little more of the liquid you are using, whether it is milk, cream, or some kind of juice. If it is too thin, add more confectioners’ sugar, just a little at a time, until you have the right consistency. This type of frosting gives you a lot of latitude for adjusting ingredients as needed.

Whichever recipe you use to make your buttercream frosting, keep in mind that most cakes do not require refrigeration. Still, if your frosting recipe contains eggs or cream cheese, it requires refrigeration as soon after it is frosted as possible.

The basic buttercream frosting recipe shown above is one of the most versatile methods I know, not only can the flavors be adjusted, but the mixing of the frosting can also be adjusted. While most recipes call for an electric mixer to be used to make the frosting smoother and fluffier, I always mix it by hand. Although this method takes longer and will result in a heavier frosting (and gives your arm a workout), I prefer the taste that results from hand mixing.

This frosting and all its variations can be spread on layer cakes, sheet cakes, bundt cakes, and cupcakes, or any other kind of cake you can think of.

While this recipe can be adjusted to become any flavor, you wish to make. The versions I have included in this article are the ones I have personally made, but that is not to say they are the only versions possible. Use your imagination. The sky is the limit!