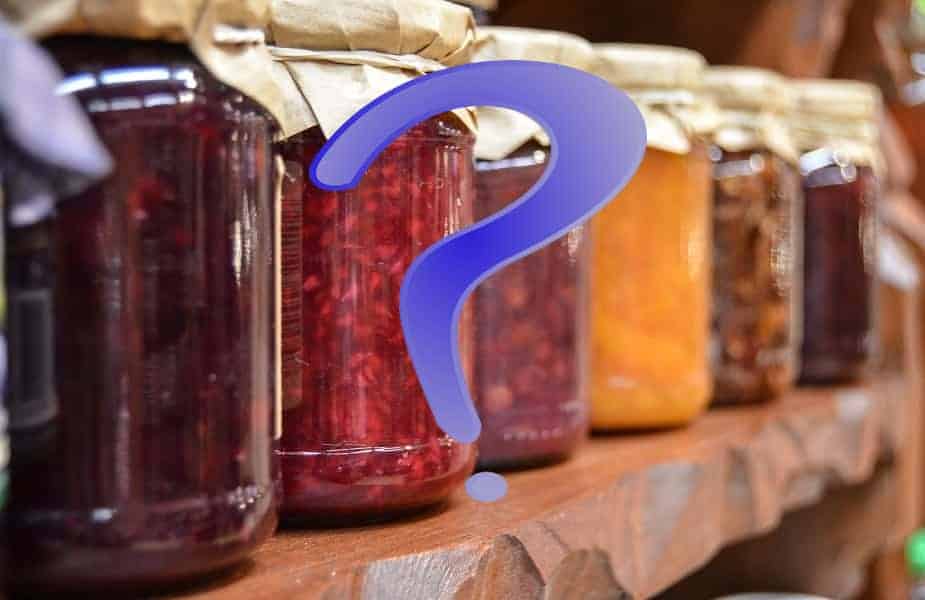 From Thanksgiving all the way through New Year’s Day, my family has “fallen off the wagon,” so to speak, by eating way too many sweets! To get us back on track, I’ve been taking a look at several different diets, including the Paleo Diet, to see if it is an eating plan that we can live with. I did some research to see if jams are Paleo, and these are my findings.

Preserves, including jams and jelly, are only considered Paleo if they are made with a natural sweetener such as honey or agave nectar. Even the thickening agent is Paleo approved since most preserves are thickened with fruit pectin, which is a natural product made usually from citrus fruits.

But, as the family jelly maker, an important consideration is whether jam or any type of preserve is Paleo. Below, I will tell you everything you need to know about what is in jam and other preserves so that you can find out whether you can eat it or not on the Paleo Diet.

What Are The Ingredients In Jam And Preserves And Are They On The Paleo Diet Approved List?

If you are on a Paleo Diet and would like to have jam or preserves, my recommendation would be to make your own homemade version by either using very sweet fruit and leaving out the sweetener entirely or by using honey or agave nectar to sweeten and by adding Chia Seeds or homemade apple pectin as a thickener.

How Would A Person On The Paleo Diet Serve Jam or Preserves?

There are two main ways that people consume Paleo jams and preserves:

As it is very difficult, if not impossible, to find a commercially prepared jelly, jam, or preserves in the stores that would be Paleo friendly, my recommendation would be to make your own refrigerator or freezer jam that could be served with your Paleo-friendly bread. The jam would be fast and easy to make, and you have control of the ingredients that go into the jam.

Listed below under Related Topics are a couple of recipes that would be Paleo friendly, and you can even enlist the help of your family to make the jam or at least do a taste test so that you are creating a homemade product that the entire family can be invested in.

A Quick Paleo Recipe For Homemade Refrigerator or Freezer Jam

Preserves Appropriate For The Paleo Diet

Preserves sweetened with honey and processed in a boiling water bath should keep for several months in your pantry, but after 8 to 10 months will begin to darken. This change in the color of your preserves will not affect the taste, but the color will no longer be as appealing as when it is freshly made.

Is Commercial Jam Approved For The Paleo Diet?

The only commercial jam that would be appropriate for the Paleo Diet are jams that list only fruit in the ingredients list. A good example would be the jam made by a company called “Spread the Love.”

Are Commercial Preserves Approved For The Paleo Diet?

What Is the Background of the Paleo Diet?

The basis for the Paleo Diet is to stop eating any type of processed foods and to return to the eating habits of our ancient ancestors who were hunters and gatherers and only ate lean meat, nuts, berries and other fruits, and vegetables. They ate only the foods they found growing wild and the seafood and animals they were able to harvest within their geographic area.

It was only after our ancestors stopped living a nomadic life and settled down that they started farming and added grains to their diet.

The modern diet is making us overweight and causing many chronic illnesses such as cancer, and as people are becoming more aware of how foods are affecting their lives and their health, many are embracing the Paleo Diet as a way of counteracting the negative effects of our eating habits.