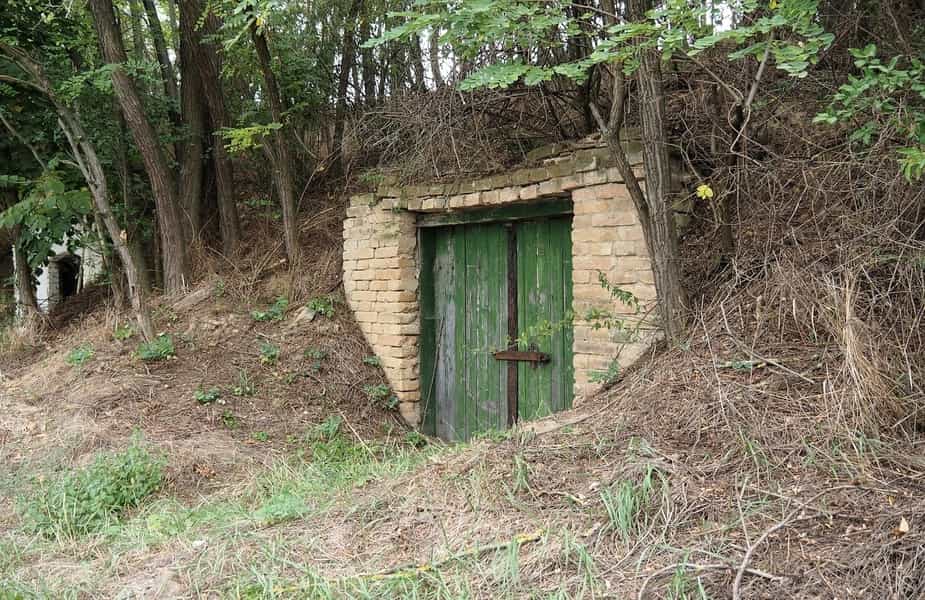 It’s no surprise that many people do not know what a root cellar is, much less how they work or what they are used for. With the advent of artificial refrigeration, the old ways of keeping things cold are falling by the wayside. My parents were raised in the days where nearly everyone had a root cellar, so I can tell you a lot about them.

What is a root cellar? A root cellar is an underground structure used to store vegetables and sometimes fruit or other food products. They are generally built at a depth where the temperature and humidity are fairly stable, ideally between 32 and 40 degrees Fahrenheit and 85% to 95% humidity.

Now, let’s take a look at the details of how root cellars are made, how they work, and what they are used for.

How Root Cellars are Designed

While refrigeration has today made root cellars redundant for most individuals, they have the benefit of working without requiring electricity or any other regular input of energy. They are typically chambers dug into the ground, however, they can be as small as a garbage can dug into the ground or as large as potato barns which are industrial structures covered in earth.

Root cellars are insulated by the surrounding earth which is slow to conduct heat. At about 10′ (3m) depth a root cellar will have a stable temperature ranging between 32 and 40 degrees Fahrenheit which is comparable to a commercial fridge, especially at the lower end which is the best temperature for long term storage. This keeps the crops from freezing during the winter, which can damage the produce, as well as from the heat in summer.

Root cellars work in many areas of the country, but most where there are definite seasons. Some regions pose challenges to building underground structures, like the Southern United States. If the water table is too high or the summers too hot, it can be tough to maintain a root cellar.

The name root cellar was given since they traditionally held mostly root vegetables. While they are typically used for storage of these types of vegetables in winter, during summer they can also be used to store goods like preserves, salted meat and beverages to avoid the heat affecting them.

Root cellars are typically sealed with a door or other closing mechanism. While the key aspect of this is to ensure a stable temperature, it also has the benefit that it makes it easier to keep your produce away from animals.

How Do Root Cellars Work?

If you are reliant on fruit and vegetables produced locally, in your own garden or from the local farmers market, you will recognize the problem that seasonal produce needs to be stored which can be tricky without resorting to freezing it. For those who want to store the vegetables in their most natural form, root cellars have long been a way of keeping them fresh for as long as possible. Variations of the root cellar, such as the potato cellars seen in many rural areas, are even used commercially.

What Are Root Cellars Used For?

Root cellars are primarily used to store root vegetables, such as potatoes, parsnips, carrots, turnips and rutabagas. However, other vegetables and fruit can also be stored in them, however, each will tend to have a different shelf life and specific temperature or humidity requirement.

One of the main factors in successful root cellar storage is reducing the emission of ethylene gas. This is released in particular by fruit, with some producing more than others.

Ethylene gas will cause fruit and vegetables in the vicinity to also further ripen and eventually decompose. This is the reason a banana, a fruit that produces a particularly high amount of ethylene gas, will help other fruits in your fruit bowl ripen. It is also the reason why some fruit, such as bananas are not suitable for root cellar storage. Therefore, if you want to store vegetables other than root vegetables as well as fruit, it is best to look up the specific conditions that are best for the produce you wish to store.

This is also important for root vegetables, as some, like potatoes and sweet potatoes, need to be cured at a higher temperature for several days or weeks before storing in a root cellar. Most root vegetables are stored in damp sand or earth which reduces the loss of moisture, however other vegetables, like onions, are best kept dry and well ventilated. For the most successful root cellar, plan your storage solutions, such as shelving and boxes, according to the produce you expect to store.

Root cellars can also be used to store canned goods, and flower bulbs and rhizomes as well as anything else that is best kept at a stable temperature.

Why are they called root cellars?

Depending on where you live, root cellars can be an excellent option for storing produce throughout the year. Not only do you get to extend the shelf life of vegetables you also get to have fresh produce at the ready without having to go to the supermarket. If you are a homesteader or prepper, they can be an invaluable tool for your general survival plan.

Thanks for stopping by!

I took the time to some things you might need for a root cellar. Here are a few Amazon products that you may find helpful:

How long do vegetables last in a root cellar? Vegetables will last longer in a root cellar, however exactly how long depends on the vegetable. Root vegetables, like parsnips, potatoes or rutabagas can last several months if stored correctly. Pumpkins and squash also have a particularly long shelf life. Other vegetables like tomatoes, cabbage or even broccoli can also have their shelf life extended under the correct circumstances, however, these will all have a much shorter shelf life. For the best storage efficiency, make sure you find out exactly how each vegetable should be best stored.