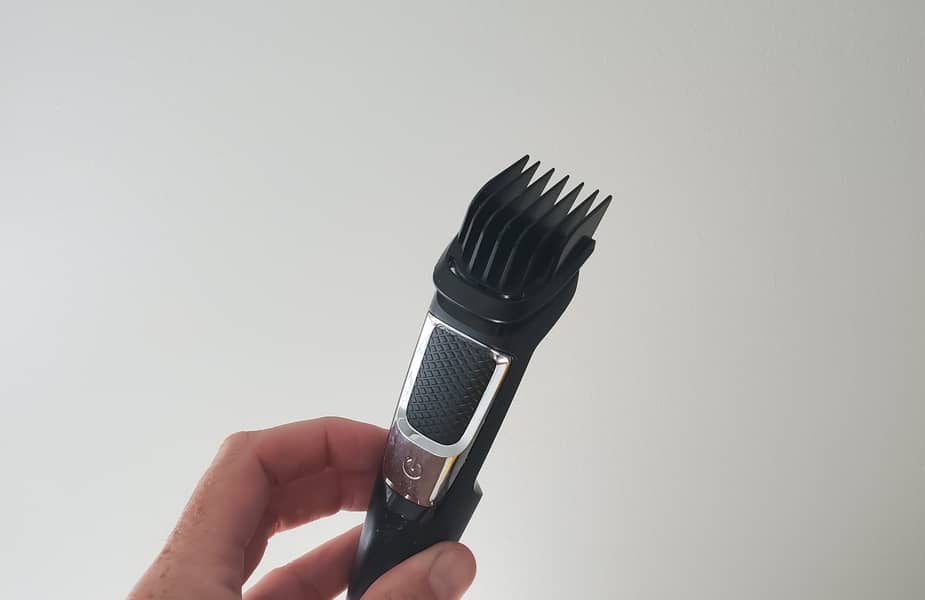 Sometimes you really need a haircut but aren’t able to get out, or you really need to save some money. You could try to use scissors, but what about that beard trimmer you have? Surely it’ll work like hair clippers.

You can use a beard trimmer to cut your hair, but the process will be a bit more tricky than it would be with hair clippers. Beard trimmers are designed for the thin hairs on the face. The hair on your head is much thicker, so you risk damaging both the blades and your hair.

Let’s take a look at what makes a beard trimmer capable of the job and how to cut your hair properly.

You might think that beard trimmers are capable of cutting hair like hair clippers. Why wouldn’t they be? They look similar and essentially do the same function – they cut hair.

Beard trimmers are actually quite different from hair clippers and can’t really perform as well when cutting hair on your head because they aren’t meant to take on such large portions of hair at once. Even thick beards are quite thin and fine compared to the hair on your head. Beard trimmers are made specifically for these little hairs and allow you to get a super close cut if needed.

Let’s take a look at a few components of beard trimmers and compare them to hair clippers to see how they’re different.

The blades on hair clippers are usually longer than the ones that are on beard trimmers. This is because the hair that grows on the top of the head can be longer and thicker than what can grow on a beard.

Guards are used to set the length of the blades. Both hair clippers and beard trimmers will have different settings, usually 1-3, but hair clippers might go up to 5 or 6. Taking the guard off means the blades will be right up against your skin, effectively making the setting a 0.

If you have long hair that you want to cut short, a beard trimmer might be difficult to use since its settings might stop at a 3.

The Best Type of Beard Trimmer to Use

Not all beard trimmers are made equally. Some are more powerful than others and might actually be a decent contender for cutting hair. What makes a beard trimmer acceptable to be used on hair? It’s usually the following:

The most important thing is that the blades are strong enough to cut your hair.

Not only do the blades need to be sturdy and sharp, but the tool itself needs to be powerful. The best option is to use a trimmer that has a power cord. Cordless trimmers are typically lower power and can’t cut much more than facial hair. Corded trimmers, however, have more power and might do a better job of cutting through hair that’s thicker than that of a beard.

How to Cut Hair With Beard Trimmers

Cutting your hair with beard trimmers isn’t much different than using hair clippers. The only difference is that you will need to empty the hair out of the beard trimmer more often. The beard trimmer will be more prone to clogging, which will make the process last a little longer.

To cut your hair with beard trimmers, do the following:

You can use beard trimmers to cut your hair, but don’t expect to have the same quality as you would using hair clippers. Beard trimmers can be handy in a pinch and will give you a great buzz cut. If you’re skilled with hairstyling, you might be able to accomplish more complicated looks.

Beard trimmers are intended to be used with fine facial hair instead of thicker hair on your head. Keep this in mind if you use them. Start with the longest setting and move to shorter settings as you go—the more powerful the tool, the better. Ideally, sharp, sturdy blades and a beard trimmer that can be plugged in are what you should use if you have to use a beard trimmer for your hair.