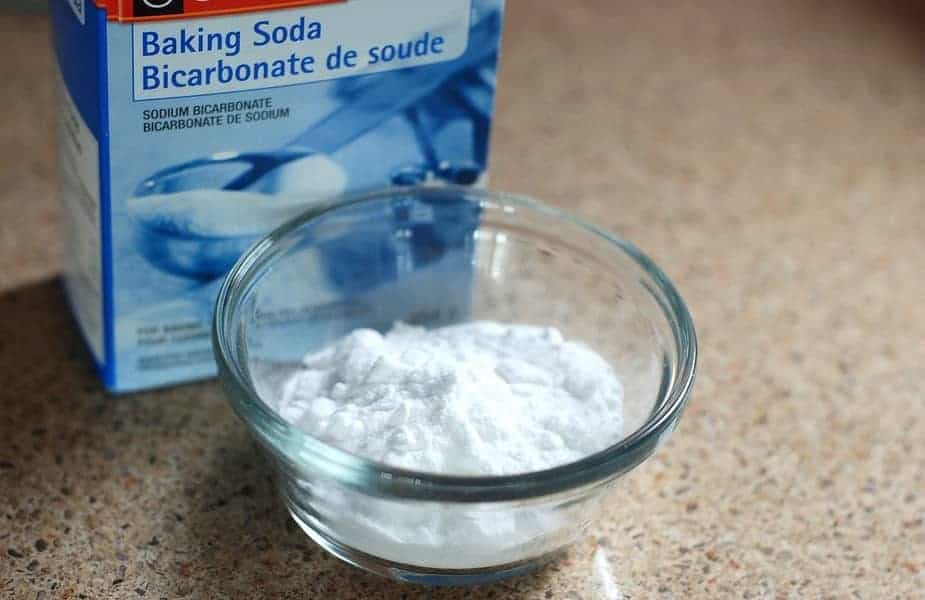 The other day a friend called and told me she ran out of corn starch and wanted to make gravy. All she had handy was baking soda. After I helped her, I decided that this is a worthy topic for an article to help other people out.

Baking soda and corn starch are not interchangeable in recipes because they have completely different purposes in cooking. Cornstarch is typically used as a thickening agent in sauces and soups, while baking soda is a leavening agent that will help baked goods rise.

Now that you know substituting baking soda is a bad idea, let’s go more into detail about why. I’ll also give you a list of what can be used instead of cornstarch.

What’s the Difference Between Cornstarch and Baking Soda?

Cornstarch is precisely what it sounds like: a starch made from kernels of corn. It is most commonly used in the kitchen for thickening but can be added to soups or sauces in order to provide a less watery, more gelatinous texture. Cornstarch can also be used in fruit pies and pastries to prevent the filling from getting too wet and soaking the crust.

Baking soda, or sodium bicarbonate, is a leavening agent that can be used to help baked goods rise. Recipes that call for baking soda usually also call for an ingredient with acidic properties, such as buttermilk, lemon juice, or sour cream. When baking soda interacts with an acid and is exposed to heat, it will produce a chemical reaction that will cause your baked goods to rise.

To sum up the difference:

Can You Ever Use Baking Soda to Thicken Sauce?

Adding baking soda to a sauce will not cause it to thicken. Since baking soda is considered a “base” in chemistry, it must be combined with an acid in order to produce a reaction.

Even if baking soda is added to an acidic sauce, like tomato sauce, the reaction that it produces will not achieve a thickening effect. Instead, it will most likely produce a bubbling or foaming reaction.

Also, baking soda will affect the flavor of the sauce, making it taste salty or metallic. If you have accidentally added a small amount of baking soda to your sauce, try neutralizing the taste with a splash of vinegar. Add the vinegar slowly until you can no longer taste the baking soda.

What If I Accidentally Put Baking Soda Instead of Baking Powder?

Baking powder is a mixture of baking soda, cream of tartar, and cornstarch.

Adding baking soda in the same quantity in a recipe that calls for baking powder will result in a metallic flavor and an uncontrollable rise. It’s possible that the dessert may not rise at all, or that it will rise so much that it collapses.

If you have accidentally added baking soda instead of baking powder, it may be easiest to throw out the mixture and start over.

If you still want to try the recipe with the original mixture, you will need to make some significant adjustments.

What Can Be Used Instead of Cornstarch?

If you are attempting to thicken a sauce and do not have any cornstarch, many other ingredients can be added in order to achieve a thickening effect.

Is There a Difference Between Cornflour and Cornstarch?

Cornstarch and cornflour are words that are sometimes used interchangeably to refer to the fine white powder that is used to thicken sauces. However, there is a difference between the two ingredients.

At the end of the day, my friend averted a complete cooking disaster. I hope this article did for you as well.

Thanks for stopping by for a chat!