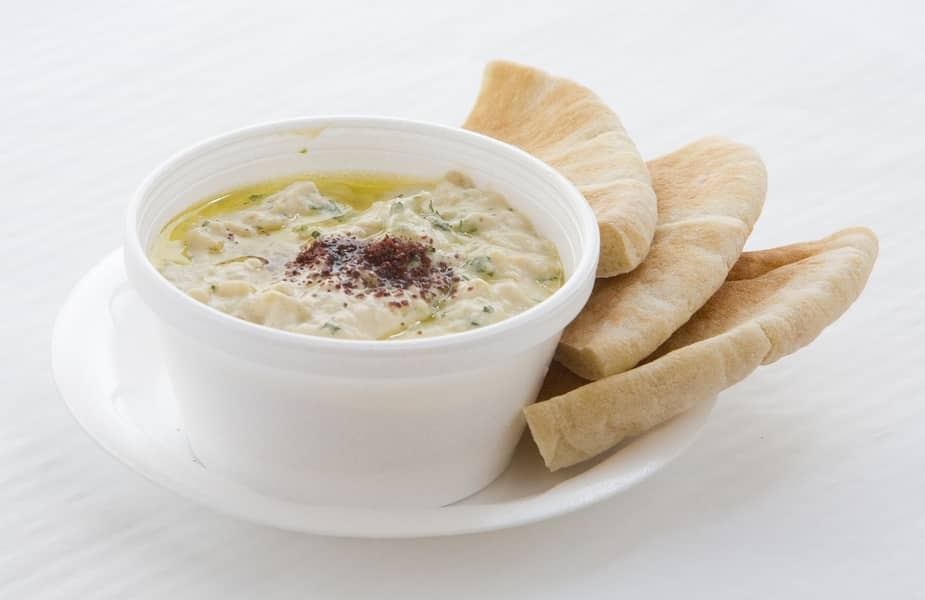 I have been snacking on hummus lately and wondered whether or not it needs to be refrigerated. I was also curious whether hummus would make a good picnic food and if it would remain safe to eat if left out of the refrigerator for several hours. So, I did some extensive research and these are my findings.

Hummus, whether bought in the cold section of the store or made at home, must be refrigerated and should not be left unrefrigerated for more than 2 hours. However, canned hummus does not require refrigeration before opening. Hummus has a shelf life of about 1 week once opened.

Here is the shelf life of hummus, both homemade and processed, before and after opening:

How Long Does Hummus Last Once Opened?

How long hummus lasts depends on many things including the ingredients, how it was processed, and how it is stored, before and after the container is opened.

Because hummus is a vegetable-based product, it will spoil very quickly if left unrefrigerated and will stay good longer if kept at a temperature between 33 and 40 degrees Fahrenheit.

Also, some of the ingredients, especially garlic and spinach, go bad quickly and shorten the time that the chickpeas (the main ingredient in hummus) last. But, some ingredients such as lemon juice and salt do help to extend the life of hummus.

Here are recommendations for how long hummus lasts before and after opening with refrigeration:

What About Freezing Hummus?

Hummus, homemade and commercial, can be frozen for up to 4 months in a freezer-safe container. There may be a little separation when thawed, but a good stirring can usually restore the texture. Frozen hummus should be thawed overnight in the refrigerator. Hummus that has previously been frozen should not be re-frozen.

Can You Eat Hummus If Left out Overnight?

After being left out for more than 2 hours, it’s difficult to know for sure whether hummus would be safe to eat. Canned hummus that has added preservatives might stand a fighting chance of still be okay to eat. However, I would not recommend chancing it. The risk of food poisoning is simply not worth it.

How Do You Know When Hummus Is Bad?

Here are 5 ways to determine whether hummus has gone bad.

Eating hummus that has started going bad has the potential to make you ill because of the growth of mold and bacteria, so if in doubt, err on the safe side and pitch it out.

What Happens If You Eat Bad Hummus?

There are some definite concerns if you eat bad hummus. Cases of listeria and other ailments have been documented. Immediately call poison control or call your doctor if you think you may be at risk.

Here are 4 things that can help hummus last longer:

If you had that holiday party and more than one container of hummus was opened, consider saving as much as you can by:

All types of hummus, commercial and homemade, and all flavors of hummus require refrigeration after opening, and only one brand of hummus (that I could find) makes and markets an unrefrigerated version that packages the two main ingredients of chickpeas and tahini in separate containers which are stirred together when opened.

There are unlimited ways to eat hummus and here are a few of those ways:

Interesting Facts About Hummus and Where It Originated

Hummus is a snack that has many health benefits. Recently, in an effort to eat healthier and possibly lose a few extra pounds, I’ve been eating it as a snack. My introduction to this wonderful and healthy concoction was from the deli at a local supermarket but I’ve recently been experimenting with various homemade recipes.

However, being easy to maintain its freshness as a portable snack food is not one of those benefits unless you buy the canned or the unrefrigerated versions and only open them when you are ready to eat. Hummus is a plant-based food being made from chickpeas and must, therefore, be maintained as a vegetable.

Just in case you are as interested as I am in trying your own homemade version of Hummus, I can recommend the recipe found on The Mediterranean Dish website at themediterraneandish.com. It is easy and delicious! Enjoy!

The best survival games on the market do not include creatures from horror films. Zombies popping up to kill you in a survival game distracts from the main survivalist elements. A good survival game...

Continue Reading
link to Can You Use Acrylic Paints on Glass? | Washable vs Permanent

Acrylic paints are one of the most versatile mediums on the market today. Artists love to use it on a wide assortment of surfaces, including regular canvases, paper, and even t-shirts. But, can it...