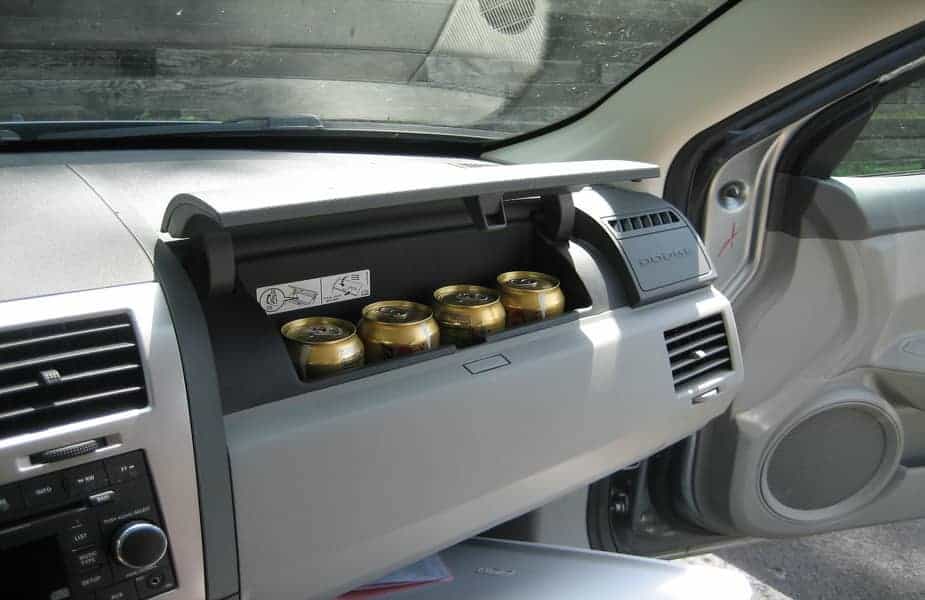 You’re parched while you sit in traffic on the commute home on a hot summer’s day. The trouble is, all you have is a soda that has been sitting in your car since morning. You know it won’t be refreshing, it will probably won’t taste quite right, but will drinking it do you any harm physically?

Drinking sodas that have been sitting in your car on a hot day will not harm you. The ingredients in carbonated drinks do not contain harmful bacteria, nor do they decompose to create toxins. Provided that the beverage is not hot enough to cause any physical discomfort, it is safe to consume.

News stories and urban myths have perpetuated the idea that hot sodas aren’t safe to drink. By considering the science behind the concerns, we can understand why sodas that have reached well over 100°F are perfectly safe to consume.

Why is Hot Soda Safe to Drink?

There are two outcomes of applying moderate heat to food or drinks that would make them unsafe to consume.

In soda, neither of these outcomes is possible. Here is why:

Soda is pretty much completely devoid of bacteria. The ingredients of all mass-manufactured carbonated beverages are mainly water, coloring, acid, and sugar. Before any of these ingredients are mixed to make a tasty beverage, they are processed to remove any bacteria.

Purification involves either boiling or physically removing the contaminants through filtration. If we assume, however, that there was bacterial contamination during manufacturing, then the application of heat while in your car would only assist the bacteria to grow for a limited period.

Dangerous bacterial strains such as E.coli or Salmonella grow optimally at 35-37°C (95-99.6 °F), and above and below this temperature range, bacterial growth slows considerably.

In your hot car, temperatures will far exceed this optimal growth point quickly. In fact, Salmonella will be killed at temperatures exceeding 55°C (131°F), which a car in direct sunlight can easily reach in the middle of the summer.

Additionally, the average pH of soda is 2.5 – 3.5, meaning these drinks are highly acidic. The acidity is why carbonated beverages are harmful for your teeth – tooth enamel starts to dissolve at pH 5.5. Although some bacteria, for example, Helicobacter Pylori, thrive at these low pHs, most bacteria don’t. Therefore, any trace amount of bacteria in the soda post manufacturing cannot replicate sufficiently to make you sick.

Bottom line: Soda is a poor environment for bacteria to survive and a terrible one for them to replicate within. As a result, leaving your pop in your hot car won’t lead to a nasty foodborne illness when you drink it.

The second hypothesis of why a soda that’s been in your car all day might be dangerous to your health is an undesirable chemical reaction taking place. The question is, how hot can your beverage get before it is chemically unsafe?

Minimally, all food items must be safe to consume at 37 °C (99.6 °F). That’s because your digestive tract, which will process and absorb the food, operates at this temperature. There also has to be some room for error on that upper limit before institutions, like the Federal Food Administration (FDA), will approve its distribution.

In the US, the FDA has classed soda under title 21, Section 117.5, which means there is no control over storage temperature. Other items in this section are jams, pasta, coffee beans, and vinegar. Therefore, there has been no scientific data to suggest that storing soda at a specific temperature is necessary for food safety.

The temperature of soda during distribution and storage needs to be considered too. Soda is consumed worldwide, and during shipping from the factory to the customer’s glass, these beverages are exposed to wide-ranging temperatures.

In warm climates, these beverages quickly hit the temperature that they would in your car on a hot day (>100°F). Whereas in cold climates, soda could freeze in the back of a truck. Each of these scenarios has been investigated to ensure your soda is safe to drink following its distribution journey.

Extreme climate-induced temperatures will not affect the chemical composition of your soda in a manner that will be harmful to your health. Therefore, a carbonated drink left in your car for hours on a hot day will be just as safe as one direct from your refrigerator.

Is the Soda Container Affected By the Heat Inside a Car?

While the safety of the soda itself is not affected by the elevated temperature inside your car, you may wonder if the packaging could lead to any adverse health effects. Sodas are distributed in aluminum cans, glass bottles, and plastic bottles. Aluminum and glass are stable at any temperature that the interior of your car could reach on a hot day. Therefore, these containers are deemed safe. Plastic, however, has a history of leaking harmful chemicals into foods going back decades.

The composition of plastic soda bottles was like most plastics used in foods before 2008, which means they contained Bisphenol A (BPA). As an industrial chemical, BPA was excellent at strengthening plastic; however, it would slowly leach from the plastic into food and beverages.

For sodas, you would also get additional BPA when your mouth came into contact with the bottle. The data also suggested that heating plastics during cooking in a microwave, for example, increased the rate of BPA leaching. It is reasonable to assume that in your car on a hot day, BPA would be released into your soda at an increased rate.

Interesting Fact: Studies throughout the 1990s and early 2000s showed that BPA was linked to fertility issues, heart disease, and neurological disorders. Since then, the use of BPA was phased out of most food manufacturing and storage products. However, BPA-free is not mandatory as the FDA still states that it is safe in food packaging that is not for infants. To ensure you avoid BPA-containing plastics, avoid buying foods in plastic containers with the recycling numbers of 3 or 7 – these are the most likely to contain BPA.

Why Does Heated Soda Taste Differently?

While the soda that has spent the day incubating in your hot car is not unsafe for consumption, it may taste differently. That’s because, when carbonated drinks are heated, their chemical composition changes. Some of the chemicals in the beverage degrade to produce metabolites that have different flavors. Aspartame, which is used in many diet sodas, for example, loses its sweetness once it reaches 30° (86°F). The same process applies to colorings and flavorings used. These changes are not harmful; they merely alter the flavor.

Heating soda to boiling point isn’t uncommon and has its uses. Dr. Pepper, as an alternative to tea, is prevalent during the cold months in the Northern United States. My mother used to heat lemon-lime soda for me in the microwave to help soothe my sore throat. Indeed, there are several recipes for Diet Coke chicken, which uses a can of soda in a process that cooks well above its boiling point.

Heated soda won’t harm you. It will just have a different flavor profile that you might, surprisingly, enjoy!

Sodas that have spent the day in your hot car are not unsafe to consume. Bacteria will not be growing rampant, and the stability of the chemicals that make carbonated beverages means that it isn’t toxic either. However, the flavor profile will have shifted toward being slightly less sweet.

How Hot Can it Get in a Car? The interiors of vehicles can get staggeringly hot compared to the exterior temperatures. On a pleasant, 72°F day, your car can hit over 110 °F if it is in direct sunlight. A good rule of thumb is that your vehicle, even in the shade, or with a sun protector, will be 10-20 °F warmer than it is outside. Without protection, add 20-30 °F to the ambient air temperature.

Will My Soda Explode in My Car on a Hot Day? It is improbable that a soda can or bottle will explode from being overheated in your car, but it is not impossible. A soda bottle or can is pressurized, and an increase in pressure can result in a minor explosion. However, the temperatures required to get the molecules inside the vessel to expand sufficiently, cannot readily be obtained by a car on a hot day, even in direct sunlight.