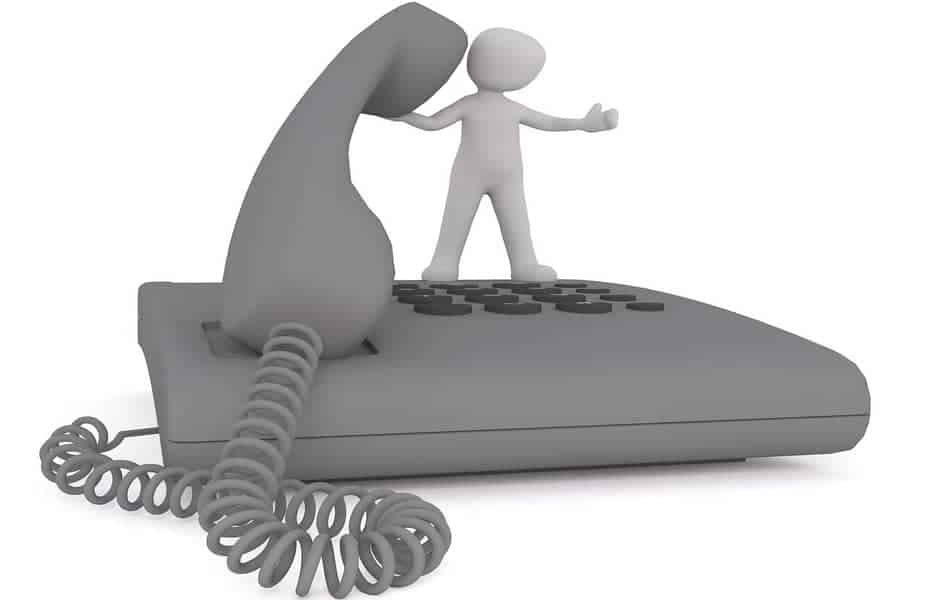 If you ask most people today what their primary phone is, you will most likely hear them say, “my cell or mobile.”  A recent U.S. Center for Disease Control National Health Information Survey (NHIS) indicated in the first 6 months of 2018, approximately 55.2% of adults in the United States lived in a household with only wireless telephones.  That is more than one-half of all households, and that number has been steadily increasing since 2016.

Landlines have dedicated copper wires that are usually buried deep between the phone company and your home.  Because the wires are buried, they are less likely to be damaged by hurricanes or other storms that cause power outages.  This means that if your power goes out, your landline will work when your cell phone does not.

How Does a Landline Work?

Although it seems like most people are ditching their landline service, the NHIS survey also shows that approximately 42.8% of American households still use a landline phone as of December 2017.  But what about in the case of emergencies?

Landlines use metal wire or fiber optic telephone lines for transmission. The copper wires buried underground are part of a telephone network that enables you to connect to anyone around the world.  The wires run from a box near the road to a box at your house, often called the entrance bridge.

What Keeps the Landline Working During a Power Outage?

Will a Cordless Landline Work During a Power Outage?

There are two types of landlines – corded and cordless.  A cordless landline will not work during a power outage because it requires electricity.  This landline has a portable handset and a base.  The base is attached to the phone jack in the wall.

How Does the Cordless Landline Work?

The cordless telephone acts like a radio transmitter and receiver.  When your phone rings, the following steps occur.

The main reason cordless landlines will not work during power outages is that they need electricity to transfer the signal from the base to the handset.

There are some key benefits to having a landline phone in addition to your cell phone in emergency situations.

Many home security systems provide the option of having a landline or cellular monitoring.  Cellular monitoring is increasingly popular because of the convenience of an entirely wireless system.  However, cellular systems consume more battery energy and are more likely to be disrupted during a power outage or cellular towers going down.

There are some organizations and businesses that maintain dedicated landlines for the purpose of survival and privacy.  For example, air traffic control towers have dedicated lines connected to hospitals, police departments, fire departments, and the military.  In an emergency, these lines can be used at any time.

Landlines are also considered more secure than cell phones when it comes to privacy.  In an episode of 60 minutes, a German computer scientist, Karsten Nohl, remotely tapped into U.S. Congressman Ted Lieu’s cell phone and listened to his conversation.  This was possible because of security bugs in the global telecommunications network known as Signaling System Number 7.  According to Nohl, this system will be used for the next 10 to 15 years until a replacement is implemented, and even then, the replacement will be vulnerable.

The Future of Landlines

Although there are benefits to having a landline, phone companies would like to remove or limit them because the lines are expensive to maintain.  In the past few years, thirteen states have allowed phone companies to stop providing basic traditional phone services to consumers.

AARP and other consumer groups are concerned about the elderly who do not own cell phones and live in remote areas.  If they cannot keep their landline, how will they communicate in an emergency?

Will cell towers work without power? Cell towers do not function without power so while you may have smartphone functionality, in a power outage situation cell phone service will not be available.

Can you use WIFI in a power outage? Internet connectivity requires that power is present to broadcast the signal to connected devices so it will not be usable during a power outage.