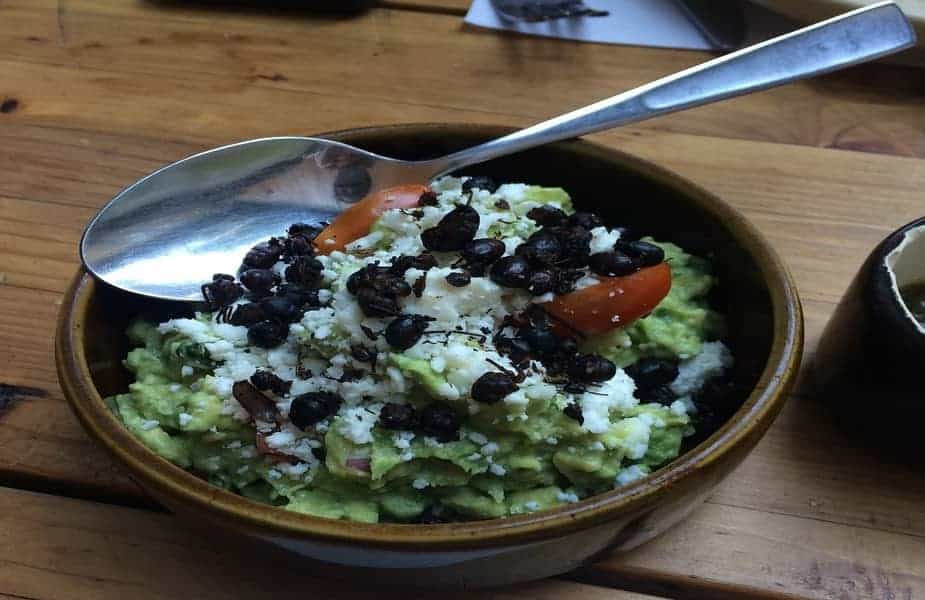 Most of us have heard that insects can have up to 3 times more protein than a steak with the same mass. In fact, some companies have begun making flour and protein powders from ground-up bugs and many people around the world have eaten insects as part of their diet for centuries.

So, can you eat ants for survival? Most species of ants are safe to eat but it’s usually best to kill them first, otherwise, they may bite you. You will want to generally avoid ants known to have a lot of venom, like fire ants, although cooking them can break down the venom.

So now that we have established that if you’re stranded in a survival situation without much food you can eat insects and one of the best candidates are ants. But is it really worth trying something this unusual for some? Let’s explore the reasons, cover who should not eat ants, and explore how to harvest them.

Why Eats Ants to Survive?

One of the biggest reasons why ants are a prime candidate for survival food is because of how common they are. With over 12,000 different species of ants having been thus far classified, living on every continent (except Antarctica), you are bound to find ants nearby to eat.

While ants may be small, they are also plentiful. A single colony can contain several hundred, to several thousand ants, while a supercolony could contain several million. Ants are also easy to harvest with simple tools or even your hands and can be immediately eaten raw if necessary.

100 grams of ant will contain about 14 grams of protein and 5.7 milligrams of iron in addition to other essential nutrients like calcium, fiber, and fat. Remember, just because ants contain a lot of nutrition for their size, they’re still tiny. Expect to collect at least 400 ants before you have 1 gram of them.

As discussed before it is entirely possible to eat ants raw. Expect the flavor to be tangy, sour, or even to have notes of citrus. This is due to the natural formic acid that is found in ants. If you aren’t a fan of the vinegary taste roasting them will help remove some of the taste. Boiling your ants is also an option in neutralizing the acid.

The larvae will be much fattier and can even have a nutty taste if cooked. Cooking your ants may also help with some of the mental barriers of eating insects but I would also recommend it because it could kill any parasites and bacteria that may have gotten in your ants.

Who Should Avoid Eating Ants?

If you suffer from shellfish, shrimp, dust, or chocolate allergies do NOT eat insects unless it’s you’re in a survival situation and even then as a last resort and only after they’ve been cooked. Ants can cause severe allergic reactions like any other food which is the last thing you want if you’re trying to survive for extended periods of time.

I would also not recommend eating ant species that are known to be extremely aggressive. Fire ants, for example, have an annoying bite that can quickly become painful if you are swarmed which can mean life or death in a survival situation. Also, be wary of ants that give off strong odors as they are likely poisonous or taste extremely bad. You should especially cook these ants if you are forced to eat them.

It’s probably not a good idea to eat dead ants that you didn’t kill yourself. You don’t know how these ants died or how long they have been dead for. You’re better off passing them over and finding some fresh ones to kill yourself.

Lastly, remember that eating ants in the wild is different than eating ants in an urban environment. Ants are seen as pests and often will encounter poison, pollutants, and other toxic chemicals that cooking isn’t likely to completely purge.

Assuming you’re somewhere other than Antarctica you should be able to locate a colony of ants fairly easily. Keep your eyes on the ground and watch for ant movement and follow them, especially if they’re carrying something. It’s not uncommon to see entire lines of ants on the ground and eventually they’ll lead you back to their colony.

From there it’s a matter of coaxing them out of their home which is an easy process. Simply disturb the colony and ants will begin swarming out in droves. While you can use your hand I recommend using a stick or some similar tool as some species of ants can bite hard enough to hurt. Plus, it should be easier to collect ants on a stick and then shake them into your container of choice.

Digging into the colony will require more work but can yield ant larvae which will appear like little grains of rice. Depending on the species or the time of year the quantities of these larvae may vary but these are arguably tastier and more nutritious than the adult ants!

One story tells of a diabetic 62-year-old man in Australia who recently survived a heart attack had also survived by eating ants in the outback for nearly a week WITHOUT water before finally being recovered by search and rescue.

Another story tells of a Soviet pilot who was shot down in World War 2 and broke both his legs which ended up being frostbitten. He survived by digging up a frozen ant hill and eating the live ants inside which sustained him until he managed to crawl to a nearby village.

If you aren’t convinced by now that supplementing your diet with ants is definitely viable I’m not sure what other evidence you really need.

Ants can make an amazing survival food. Again, outside of North America ants and other insects regularly make up a large portion of the protein that some people consume and can even be considered expensive delicacies.

Ants are common, appear in large quantities, are easy to harvest and in a pinch can be eaten raw. For those willing to expend a bit more effort you can cook your ants to change the flavor and completely kill off bacteria and parasites. Digging up and searching for clusters of larvae for bonus nutrition is also recommended.

Be wary of ants that can harm you (which can still be eaten if you’re careful and/or desperate), those that smell bad (probably should be left alone), and those in urban areas (probably contaminated).

Can you eat cockroaches? Cockroaches can be eaten and are delicacies in many countries.

Can you eat caterpillars? Many types of caterpillars are safe to eat and high in nutrition. Tend to avoid the known poisonous varieties which tend to be furry and/or colorful.

What countries eat bugs? Many large countries have bugs on the menu in daily life. These include Ghana, Thailand, China, Brazil, Mexico, and The Netherlands.