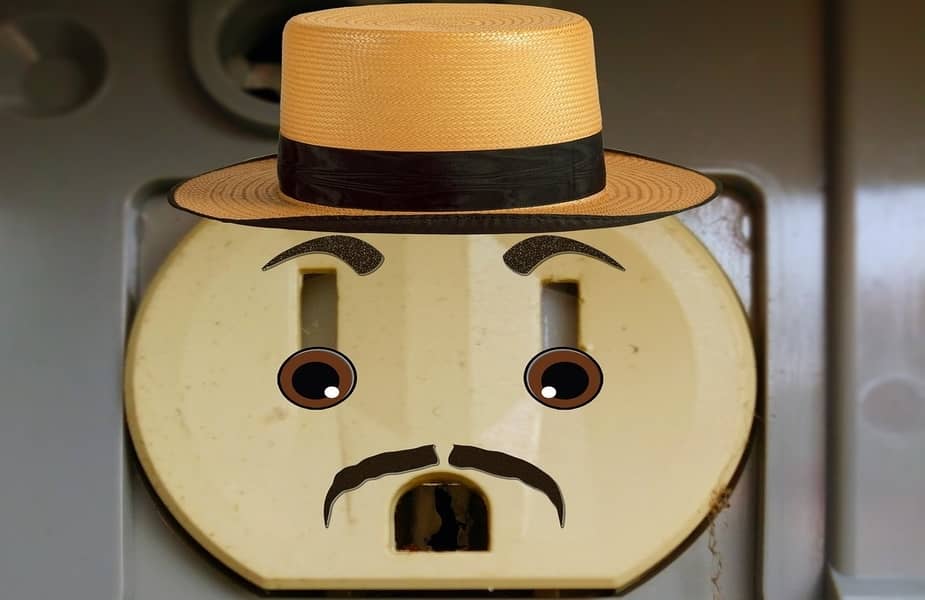 One question that homeowners have after purchasing a portable generator is how to connect it to the electrical system in their homes. One common choice is to try plugging the generator into an electrical outlet in the house. It is a good thing that you did research before attempting to do so because the result could be disastrous.

A generator should not be plugged into a wall socket. While it is physically possible to do so, there are substantial risks involved. Not only is it illegal in some areas, but permanent damage could also be done to the home’s electrical system by way of backfeeding.

Please read on as we take a closer look at why plugging into a wall socket is a bad idea. I’ll also provide basic safety guidelines on how to hook a generator up properly.

Why to Not Plug a Portable Generator Into a Wall Socket

Here are some points that homeowners will want to consider before plugging a generator into a standard electrical outlet.

This is usually the biggest concern when a portable generator is plugged into a wall outlet. A generator transfers a lot of energy into the home. If it is connected through a regular wall socket, the electrical power goes straight into the house’s wiring without the benefit of a breaker to regulate the energy.

Warning: If backfeeding occurs and someone in the home touches the cord running from the generator to the wall outlet, there is a good chance that they will receive an electric shock. The danger is that the backfeed and resultant overload will overflow from the home’s electrical system into the public system. This means that any workmen operating on the main powerlines might get a potentially life-threatening jolt of electricity.

Damage often occurs as a result of plugging a generator into a wall outlet. There is a good chance that the overload caused by the feedback from the generator will cause permanent damage to the electrical wiring in a home. As with any electrical problem, there is a high risk of a fire occurring. The overloaded may also circle back and burn out the generator as well.

It is against the law to connect a portable generator to a wall socket in most places. Because of the dangers inherent in using a generator in this way, most jurisdictions do not allow it.

Often a permit must be acquired to install a backup or a portable generator, and the method that will be used to connect it to a home would be reviewed at that time. There may be occasional exceptions, but they are few and far between.

Insurance May Not Cover Damage

Any damage resulting from plugging a generator directly into a wall socket may not be covered under your homeowner’s policy. Because of the risks and the illegality of this type of connection, insurance policies often will not cover the cost of any damages. Instead, the homeowner will be left to cover those expenses on their own.

Guidelines for Hooking up a Portable Generator to a Home

While plugging a generator directly into a wall socket in a home might not be the best option, other ways are much safer. The key to safely connecting a generator to a home is to make sure that the home’s electric system is not connected to the main utility power grid and the generator at the same time. There are several ways to accomplish this.

This is the easiest option for the safe connection of a portable generator to a home. However, you will need a licensed electrician to install the transfer switch, but the extra expense will be worth it in the long run.

How a Transfer Switch Works

Interlock switches are wired the same way as transfer switches. The power is run from the portable generator through the four-pronged cord into the power inlet box.

What Is the Difference Between a Transfer Switch and an Interlock Switch?

In today’s turbulent world, having a generator backup is an intelligent way to ensure your quality of living in times of strife. I hope this article has helped you avoid common problems and make the most of your situation. Let me know how it goes in the comments below.