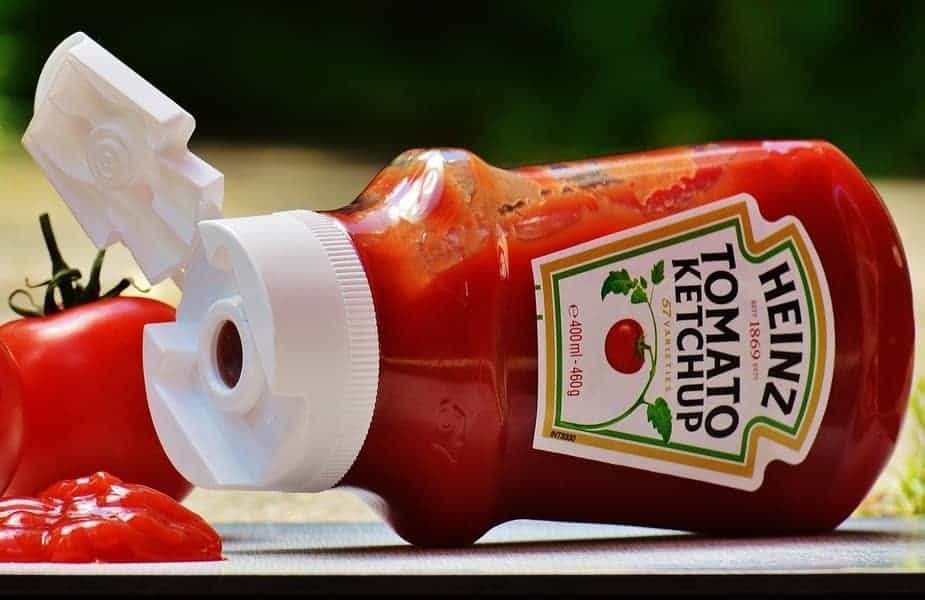 I recently became aware of a nationwide controversy over whether ketchup should be refrigerated after opening. The two sides to this debate are lined up toe-to-toe with one side declaring that ketchup must be refrigerated after opening while their opponents scoff at this notion and say it is perfectly fine to just leave it on the table or counter after opening. After all, they say, restaurants leave it out all the time. So, I contacted the major ketchup companies to get a definitive answer and this is what I found out.

My personal opinion as an old-timer who has been cooking, canning, and preserving all types of foods for 60+ years is that ketchup doesn’t require refrigeration as long as it doesn’t hang around for longer than 4 to 6 weeks. When ketchup was created and first marketed, refrigeration was not widely available, so the recipe for and the process by which it was first created had built-in preservation safeguards such as ingredients like sugar, vinegar, and salt which are in fact preservatives, and the canning process to bottle or package it was designed to keep it good until opened.

What Do the Ketchup Companies Say About This Issue?

The leading manufacturers of ketchup, Heinz, Hunt’s, and Del Monte, all seem to agree that their products will last for at least one month after opening with no refrigeration and up to one year with refrigeration. Let’s all note that these time periods relate to the products that contain sugar, salt, and vinegar, which are all preservatives, and not to sugar-free or low-sodium versions.

Loren Druz, the director of consumer products research and development at Del Monte Foods, Inc. has made the following statement:

In a recent telephone call to the consumer services department of the Kraft Heinz Company, I was given the following information in response to my question as to whether their ketchup products have to be refrigerated after opening:

“Refrigeration is recommended after opening for the best freshness and flavor. If left unrefrigerated it would be safe to use. We recommend refrigeration because it is a processed product, however, the acid ingredients including vinegar help keep it from spoiling if left out. Excessive heat may cause the product to darken and may change the flavor of the ketchup.”

A spokesperson from Hunt’s reported the following:

“It’s all a matter of preference. Hunt’s has great tomato taste in the fridge or right off the shelf. It’s truly a matter of choice.”

Although most major manufacturers of ketchup agree that their products last at least one month after opening without refrigeration and one year with refrigeration, Hunt’s and now Heinz has placed themselves on the side of the debate that has determined their ketchup products to be safe to leave unrefrigerated after opening.

How Long Does Ketchup Last Once Opened?

How long ketchup lasts depends on many things including the ingredients, how it was processed, and how it is stored, before and after the jar is opened.

But, generally speaking, here are recommendations for how long ketchup lasts after opening with refrigeration and without:

Here is the shelf life of a few common types of ketchup:

How to Tell If Ketchup Has Gone Bad

Here are some common sense practices that can help to keep your ketchup good for a longer period of time:

If you find you have several bottles of ketchup that have been opened:

See below for some examples of recipes that use ketchup as an ingredient.

Please note that ketchup sweetened with honey should be considered a normal version since honey, like sugar, acts as a preservative.

Types that would not be safe to ever leave unrefrigerated

In my opinion, sugar-free, reduced sugar (less than 4% sugar), or a low-sodium version of ketchup such as Heinz “No Sugar Added,” Heinz “No Salt Added,” and Hunt’s “100% Natural” are never safe to leave unrefrigerated after opening.

This is because the sugar, salt, and vinegar are some of the ingredients which, along with the high-acid tomatoes, act as preservatives to allow you to leave the ketchup in your kitchen unrefrigerated for up to one month after opening. Since these products do not contain a sufficient amount of all those natural preservatives, they should never be left unrefrigerated after opening.

Interesting Facts About the Product and a Brief History

The history of ketchup is quite interesting in that it started life in China as a fermented sauce pronounced ke-chiap which was used in cooking and was made not from tomatoes, but from fish, meat by-products, and soybeans. It then made its way around the world through early trade routes during which time several different recipes were developed by using different products as a base.

The British discovered it in Singapore in the 18th Century and used it to season roasts and fried foods which had been extremely bland up until that time. English recipes from that era illustrated how the sauce was being transformed into a condiment more closely resembling worcestershire sauce with the addition of ingredients such as pickled walnuts, wine, spices, and even mushrooms.

Finally, in 1812, a scientist from Philadelphia named James Mease published the tomato-based recipe closely resembling the ketchup we know and enjoy today.

In 1869, Henry John Heinz started a company that produced and sold horseradish that was made according to his mother’s recipe. That company failed, but in 1876, Heinz made ketchup a truly American product by marketing a tomato-based product spelled catsup which was advertised to have a long shelf-life, could be used in many different recipes, and could be shipped around the world.

American ketchup today is marketed successfully around the world even though many countries such as Italy, Poland, Trinidad, and Canada, market their own versions. The American version has finally found its way back to China, the country of its creation, and is very popular there.

Why Is Ketchup Labelled “Tomato Ketchup?”

Ketchup is labeled as tomato ketchup because there are many different kinds of ketchup including:

Combine all ingredients and mix well. Pour into a baking dish and bake at 400 degrees approximately 30 minutes or until thickened.

In a small bowl, combine all ingredients, mix well, and chill before serving.

Measure all ingredients into a small bowl and mix until thoroughly combined. Refrigerate until ready to use.

Combine ingredients and blend until smooth.

A large part of the “ketchup debate” is the theory that because restaurants leave ketchup out all the time, it must be alright to leave it unrefrigerated. But, several large restaurant chains debunk this myth by saying that only the amount of ketchup expected to be used for each particular day is put out and the large containers are kept refrigerated. Plus, any ketchup left in the bottles at the end of the day are emptied and thrown away.

As with any food product, safe handling practices must be followed to maintain good, high quality, and safe foods to serve your family. Just remember, if you use a lot of ketchup and the bottle you just bought will be gone within a month, then, by all means, leave it out if you want. If you don’t use very much ketchup and you just bought a super, king-size bottle, it will be best for you to keep it refrigerated.

Most ketchup bottles have directions on the label that instruct you to refrigerate after opening for maximum freshness, and, as with all items purchased from the grocery, there is a “Use By” or “Best By” date on the label that will give you a good idea how long you can safely use that particular bottle. Although the product doesn’t automatically become spoiled on the date listed, that is a good rule of thumb to go by to maintain the best possible product quality.