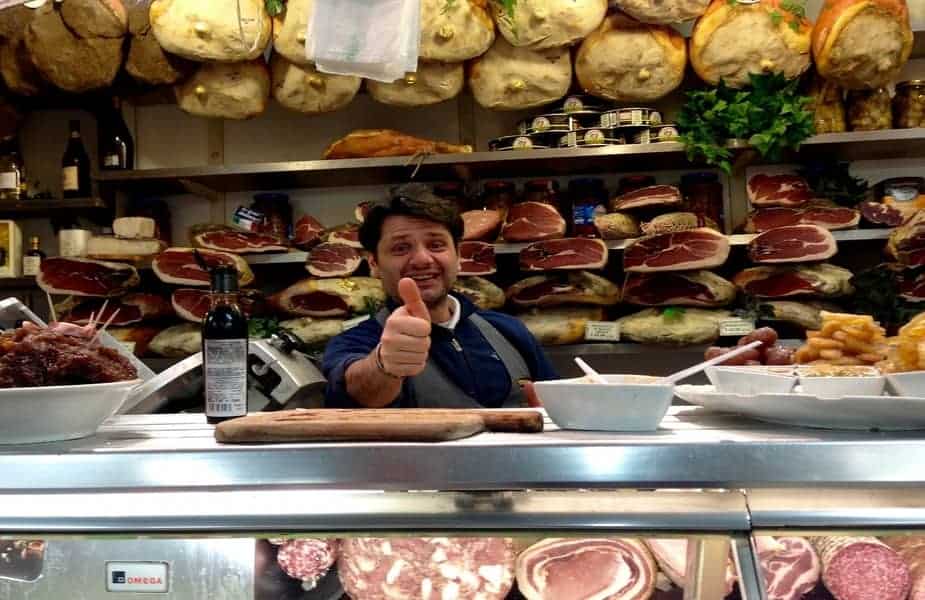 Deli meats or cold cuts are usually purchased at the delicatessen counter or in pre-packaged containers from the refrigerated section of the grocery store. For most families, it is desirable that the meat will last the working week to make sure it can be used for school and work lunches. Does deli meat last that long, though?

Unopened pre-packaged deli meat will stay fresh for up to 2 weeks if stored in the refrigerator and a few months in the freezer. Upon opening, the meat needs to be used within 3-5 days. Fresh cold cuts from the deli counter are open to the air and, therefore, also need to be eaten within 5 days.

Now let’s go into a bit more detail and help you with any questions you might have. Such as, can you buy deli meat over the weekend and use is throughout the working week? Is it easy to determine if the meat has spoiled? Such questions are vital to keeping yourself and your family healthy. The rest of the article will give you the answers you need.

How Long Do Deli Meats Last?

There are many deli meat classes, and their shelf life depends on how processed they are and the type of meat it is. If the meat contains a large proportion of fat, such as salami, pepperoni, and bologna, it will last longer than leaner meats such as chicken or turkey. With a high-fat content, they will last for at least 2 weeks past opening.

Fresh deli meat (like what you get sliced at the delicatessen counter) will last for around 5 days if you keep it refrigerated. This timeframe does depend on how fresh the meat was when you bought it. Generally, it is not recommended to freeze fresh deli meat, so only buy what you will need in the immediate future.

Pre-packaged deli meats will last for 2 weeks before opening if stored in the refrigerator. It usually is safe to eat for up to 5 days past its sell-by date, provided you have not opened the packet, and it has been in the fridge the entire time.

Pro Tip: Once opened, most deli meat will last for 3-5 days. So, by the end of the week, that pack of meat you bought for sandwiches might be of questionable quality. Pre-packaged deli meat has a far longer shelf life than fresh deli meat, lasting up to several months if you freeze it.

Bologna is a popular lunch meat in the United States and a favorite because it lasts over a week once opened. The longer shelf life helps consumers get through a week without worrying that their lunchmeat has expired. You can freeze bologna, in which case it will last 2-3 months before it suffers a significant loss in quality.

Hard deli meats, such as Genoa salami or pepperoni, will remain viable for up to a month in the refrigerator. Salami will be fine in the freezer for 3 months, while pepperoni will be good for nearly a year.

Pro Tip: Knowing how long your specific meat purchase will last and whether it can be frozen can help you plan any bulk purchases you want to make. Freezing deli meats is an excellent way to have something on hand to make a quick meal easily.

How To Properly Store Deli Meats

Deli meat should be stored in the cold part of the refrigerator as soon as possible following purchase. The fridge must be below 40 °F for it to safely store your meats. By keeping your meat refrigerated, most bacteria, e.g., Ecoli or Salmonella, will be prevented from replicating. Once bacteria propagate freely for 2 hours, and you ingest it, expect to feel unwell for several days.

Once you open the meat, store it in a tightly sealed container. By doing so, you will ensure that the meat is protected from air, moisture, and other contaminants. Suitable containers are airlock bags or sealed plastic and glass containers. This will help draw out the moisture and keep you meat fresher.

Here is an airtight container that I recommend that is specifically designed for deli meats. I highly recommend making the investment if you or your family eat a lot of sandwiches throughout the week.

Once secure, always store your meat in either the designated meat drawer or at the back of the fridge. Both of these areas are the coldest spots in the refrigerator and will preserve the meat better than other areas.

If you chose to freeze your deli meats, be sure to transfer them into a freezer-safe container, like these simple ones, before storing them.

Once defrosted, you will notice that the meat is wetter than non-frozen deli meat. Use a paper towel to wick out the excess moisture before eating to enjoy your meat fully.

How To Detect If Deli Meat Has Expired

To determine if deli meat had expired and, therefore, no longer safe to eat, you need to rely on your senses. Combined, they will keep you safe from eating meat that will cause you digestive distress. Deli meat expires through bacterial and fungal growth, so eating expired meat can lead to you developing food poisoning by consuming unsafe levels of bacterium such as listeria, E.coli, or Salmonella.

When looking at your lunch meat, you want to detect any color changes. Meat should retain its original appearance, and should not have discolored. Look for pale grey, brown, or yellow hues on the meat. These are clear indicators that it has started to spoil, and bacteria are growing freely. While observing your meat, look for mold as an indication that fungi have multiplied. If you see mold, throw the meat away immediately.

Most foods take on a foul odor when they begin to spoil. Deli meats are no different. Their telltale spoiled smell has a vinegar-like quality to it. If you detect this, throw it away.

It might seem unnatural to feel your food before determining if it is safe to eat. However, touching the lunch meat can tell you if it has spoiled. There are two indicators to feel for. First, a wet and slimy texture is a warning sign that bacteria have replicated extensively on the meat. On the other end of the spectrum, if your meat has gone hard, don’t assume that it has dried out. Instead, conclude that it has spoiled and discard it.

Deli meat is a staple in many Western diets, popularised by the Europeans centuries ago. The simple meal of a ham sandwich is the most popular lunch in the United Kingdom, and this plain eating has found a home in packed lunches throughout the United States.

To summarize, most deli meat that is pre-packaged will last 2 weeks before it is opened, following which it will last for the same period of time as fresh deli meat, 3-5 days. Deli meats with a high-fat content will last longer than this, sometimes up to several weeks once opened.

Remember, you can freeze deli meat to elongate its shelf life, although the freeze-thaw process will make the product wetter than refrigerated meat. All meat should be stored in airtight containers to slow degradation from the air, moisture, and other contaminants in the refrigerator.

However you choose to keep your food fresh, as long as you follow these guidelines, you will be fine. I hope this article has been helpful and thanks for stoppin’ by!

Here are a few common things people as on this topic that are only indirectly related. I hope they further your knowledge on the subject.

Can You Cook Deli Meat To Preserve it?

Deli meat has a short shelf-life once opened, and extending that time frame is desirable. Luckily, deli meat can be cooked, and this will buy you another couple of days before it expires. A good option for using the meat this way is to fry it up with some eggs to make a breakfast sandwich.

You can also use the meat in a pasta casserole, or as an ingredient in soup. Remember, though, that once the cooked deli meat is in a dish, it can only last as long as the shortest lasting ingredient in it.

Are Deli Meats Good For You?

More than 50% of Americans eat a sandwich every day, and many of them are filled with deli meats. However, that trend is declining as more consumers become educated on the manufacturing process and additives used to create their lunchmeat.

Of concern is the addition of nitrates, which, when combined with amines, create the carcinogen, nitrosamines. The World Health Organization (WHO), backs up this link by stating that nitrates from processed meats correlate with the increasing the incidence of cancer.

Other health concerns arise from the sodium content of processed deli meat, which is added as a preservative. A 2-ounce serving of ham can include 400-600 milligrams of sodium, which is up to a quarter of your recommended daily intake. If your doctor has recommended a low-sodium diet to help with high blood pressure or heart disease, deli meats might be a food group to avoid.

Generally, fresh meats from the deli counter will be a healthier option than packaged meats as they contain fewer preservatives and have a lower salt content.

What is Listeria, and Why is It Linked to Deli Meat?

Listeria is a type of bacteria that has been linked to several outbreaks originating from contaminated deli meat products being investigated by the Centers for Disease Control. Despite most deli meats containing sodium nitrate – the compound designed to kill Listeria monocytogenes, the bacteria that causes the foodborne disease listeriosis, still makes its way into our refrigerators. The contamination comes after it has been cooked and before it is packaged.

It is a dangerous bacteria as it can grow in the fridge and can affect pregnancies without causing any ill effect to the mother. Infection can be catastrophic for the fetus, resulting in it being stillborn. Once ingested, 6 weeks of antibiotics is the best course of treatment for expectant mothers. The only way to be sure your meat is listeria-free is to heat your meat to 165 °F.