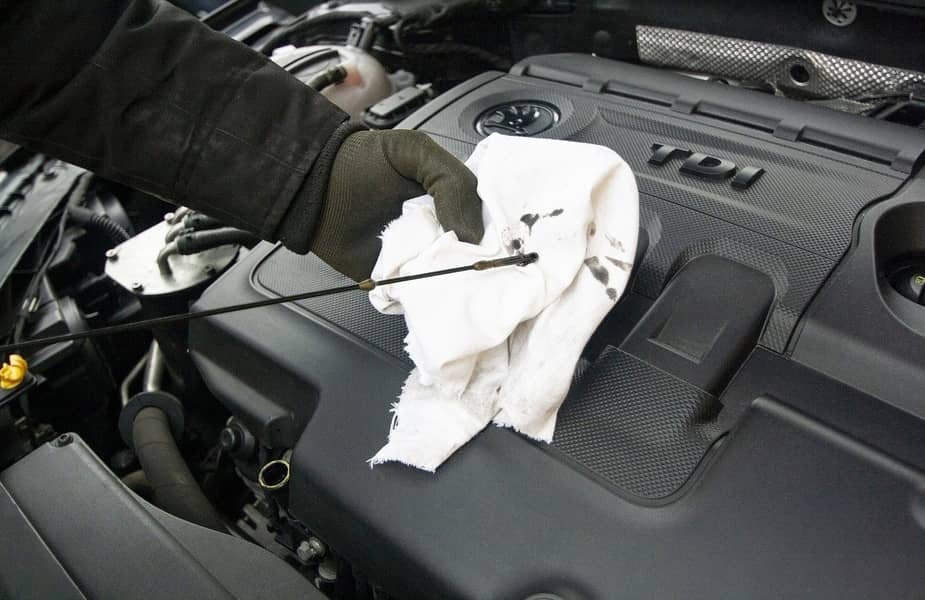 As an insurance adjuster, I spend a lot of time on the road and often wondered about how long oil lasts. Due to the extreme miles I put on my car, I understand that, for a vehicle to continue working efficiently, its oil must also be in good condition. So, I did some extensive research and learned that there is some ambiguity about how long oil actually lasts in a car.

It is not completely possible to predict how long engine oil can last in a car because it depends on the type of oil, age of the car, performance characteristics, driving conditions, climate, and exposure to other things that can make it degrade at a faster rate.

This article will take an in-depth look at the specifics of oil life in a car. It will also discuss why it is important to use motor oil that’s in top condition and how often you need an oil change even when you don’t drive much. To learn about all of these and more, read on.

Why Does Engine Oil Go Bad in a Car?

When engine oil is stored in its original container under optimal conditions, it remains stable for a long period. As soon as it’s in use in your car engine, it becomes exposed to different sorts of contaminants.

The composition of the oil is one of the main factors that determine how long it will last. Most engine oils are either synthetic or conventional. Synthetic oil contains additives that make it resistant to oxidation and temperature fluctuations. This added protection makes synthetic oil more stable and durable and gives it a longer lifespan than conventional oil.

Engine oil can still degrade when a car is not in use. Its molecules can react with oxygen to change its viscosity and form sludge or sediment. Environmental factors such as extreme heat can also cause thermal breakdown of the oil, and icy cold weather can cause it to thicken.

Dirt, soot, and dust from the combustion process in the engine can get into the oil and contaminate it. Small slivers of metal can also settle in the oil as it circulates through different parts. Just like dirt, if water gets into the engine oil, it can affect its viscosity and speed up the rate of degradation.

What Happens When You Don’t Change Your Car Oil?

Depending on your driving habits and where you live, changing your car oil can be a hassle. However, since many engine problems are caused by bad oil, changing your oil is one of the most important things to do to keep both your engine and car in good shape.

When you don’t change your car oil, harmful dirt and particles will continue to accumulate in it with time. Too much sediment and debris in your oil can block key pathways such as injectors and cause sludge buildup in the engine.

The molecules of old oil can also freely react with air molecules and increase its viscosity and acid level. When the acidity of engine oil increases, it can easily rust or corrode any engine part or surface it comes in contact with.

Running your car on old, sludgy oil means less circulation of oil and less dissipation of heat in the engine. Thermal breakdown can also easily occur in old oil as it gets heated above its stable temperature. As a result, the engine becomes strained and runs hotter and less efficiently. If the engine continues working this way, it will eventually warp and wear out.

Thick and sludgy oil can also insulate the internal parts of the engine, which is not a good thing since its job is to draw out heat and not keep it in. Not replacing this type of oil can greatly reduce the life of an engine. Jump-starting a dead engine simply won’t work.

How Often Do You Need an Oil Change?

Considering how important it is to use clean and uncontaminated engine oil, how often do you need to change it? Most car manufacturers recommend changing your engine oil at least once every four to six months or after 5,000 to 7,500 miles. So, a more reliable source for oil change frequency might be your vehicle’s owner’s manual.

Now, this will depend on the type of car you own and how you use it. If you have an older car, you may need to change its oil more often, at least every 3,000 to 5,000 miles or after three months. Newer cars have more precise engines and require less frequent oil changes, such as after every 5,000 to 10,000 miles.

Also, if you use conventional oil, you may need to change it as frequently as every three months or 3,000 miles. Synthetic oils generally last longer than conventional oil and don’t require quick change intervals. With synthetic oil, you can go as far as 10,000 or even 15,000 miles between changes. Personally, I use synthetic blend and at about 7,500 miles I start thinking about stopping for an oil change in the next couple of weeks. My car, a 2006 Corolla, currently has well over 400,000 miles so this has worked well for me.

The way you use your car affects every element in it, and your engine oil is no exception. If you drive your car a lot or use it aggressively, it will put more strain on the engine oil. Driving your car in severe conditions and going on several short trips can also reduce the quality of the oil quickly and may require a replacement after just 3,000 miles.

Engine oil reduces in quality and becomes less effective over time. So, regardless of how much you drive, even if it’s just once in a while, you should have your car oil replaced at least twice a year.

How to Know When Your Car Requires an Oil Change

Most modern cars provide an oil life monitoring system that makes it easier to know when it’s time to head to an oil shop. These systems allow you to track how much you’ve driven since your last oil change and your engine’s operating conditions and helps you determine when your car oil needs replacement.

You may also need to check your oil manually at least once a month. Your car oil should have a clear brown-black color. You may need to top it up if the level is low. If you check your oil and it’s milky or opaque, you may need to replace it. If you find it to be milky, coolant may be leaking into your engine oil.

There is no specific answer to how long motor oil can last in a car, as it depends on a variety of factors, which include the type of oil, car age, type of engine, driving conditions, mileage, and temperature conditions.

Also, dirt, oil additives, soot, debris, sludge, and oxidation can make engine oil go bad in a car. When engine oil loses its quality, it must be replaced, which is very important to keep a car and its engine working in optimal condition.

Regardless, it is recommended that you get your car oil replaced at least twice a year.