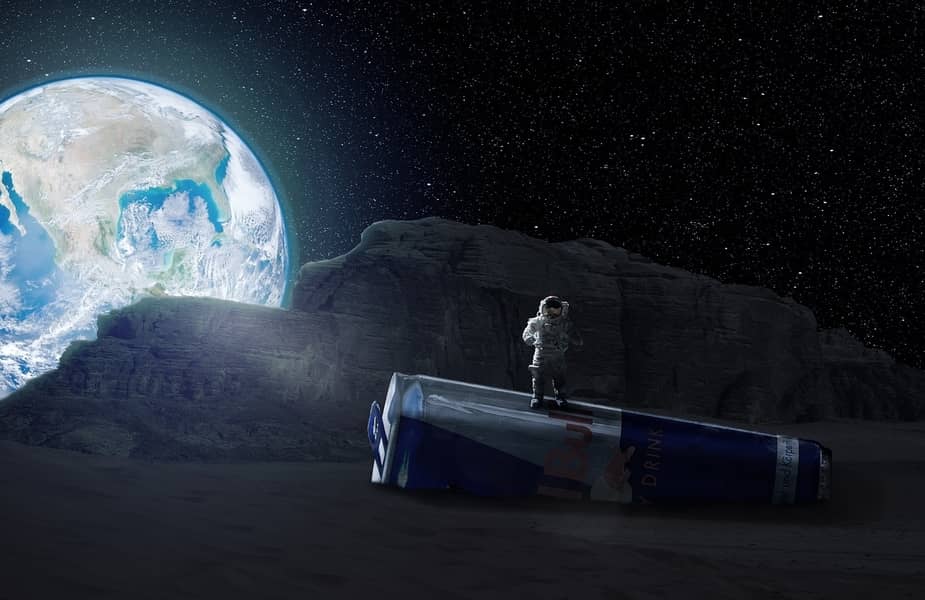 Many people have busier lifestyles than ever and it’s easy to look for a solution to relieve tiredness. There are many ways to get energy in our systems and Red Bull is but one of them. I have often wondered how long the stuff will last in my system, that way I won’t drink it too close to bed time. So, I did some extensive research and decided to share my findings in this article.

Please continue on to learn more about the subject in greater detail.

How Long Does Red Bull Last in Before It Wears Off?

The half-life of Red Bull is approximately six hours, which means that all Red Bull will be out of your system within twelve hours. After the twelve hours, you may start to feel mild withdrawal-like symptoms as your body craves more caffeine.

Just keep in mind that the effects of Red Bull will vary. Different body types, high or low caffeine tolerance matter. Also, health-related issues can adjust time frames. Interestingly, women on the contraceptive pill, this half-life becomes ten hours, meaning the Red Bull will not be out of your system for twenty hours.

How Long Does Red Bull to Wear Off?

Although the Red Bull will last in your system for twelve hours, you will likely only feel the desired effects of it for one to four hours. During the first hour of your consumption of Red Bull, you will experience the “peak,” where you will feel the most energized and alert. This feeling will most likely wear off within one to four hours, and you will start to “come down” from the caffeine high you got from the Red Bull.

Your body’s reaction is due to the caffeine in Red Bull, as well as the high amount of sugar. However, if you consume Red Bull regularly, you will find that the drink will have less of an effect on you as your body is used to consuming the high caffeine and sugar.

Does Red Bull Make You Crash?

Due to the high sugar content in Red Bull, you will likely experience a “crash” after the initial effects wear off (within one to four hours). You may feel tired or start to run out of energy, develop a headache, or become anxious.

Sugar crashes like this are prevalent after consuming a high concentration of sugar, and are rarely dangerous or cause for concern. However, if sugar crashes are a problem for you, or if the side-effects interfere with your daily life, it might be time to reduce your Red Bull and sugar intake.

How Do You Get Red Bull out of Your System?

There are a few things that you can do to get Red Bull – or any caffeine – out of your system. You might want to do this because it is interfering with your sleep, or because you feel you have consumed too much caffeine. It is important to note that you should seek emergency medical care immediately if you are presenting symptoms of a caffeine overdose.

You can get Red Bull out of your system by exercising to relieve some of your energy and to help your metabolism digest the caffeine content quicker. You can also avoid high fiber foods (such as spaghetti, apples, raspberries, and lentils). Foods that are high in fiber will decrease your body’s absorption rate, meaning your body will not break down the caffeine in Red Bull as fast as it usually would.

How Much Water Does It Take to Flush Red Bull out of Your System?

Water will not necessarily “flush out” the Red Bull from your system, but consuming plenty of water is essential. Staying hydrated is instrumental in ensuring your body can cope with the caffeine in your body. While it is important to drink plenty of water anyway, you should drink at least two glasses of water for every can of Red Bull you consume.

Ideally, you want your urine to be light yellow; if it is any darker than this, you are dehydrated and will not be able to cope with the effects of caffeine. Being dehydrated during caffeine consumption can cause you to feel jittery and anxious and increase the feelings experienced during a sugar crash.

Is Red Bull Bad for You?

Red Bull should not be consumed casually, as many studies say that the health effects that Red Bull has on the human body can prove detrimental. In addition to the adverse effects of sugar crashes, regular caffeine consumption can lead to nausea, convulsions, and high blood pressure in some cases.

It is also proven that the high sugar content in Red Bull can cause dental erosion and that excessive caffeine consumption can lead to mental health issues such as insomnia, stress, and anxiety. It is recommended that you only consume Red Bull if necessary and that you are sure you do not become dependent on the beverage.

What Happens If You Drink Red Bull every day?

Despite the host of problems that can come from the consumption of Red Bull, there are many people who drink Red Bull every day who do not seem to display any adverse effects. While Red Bull recommends that you consume its beverages in moderation, it is ultimately up to the consumer to decide.

Many health professionals agree that, due to the high sugar and caffeine content in Red Bull, regular consumers are at an increased risk of health issues such as Type 2 Diabetes and caffeine overdose.

Many people suggest that the Sugar-Free Red Bull is a safer alternative. Not only will this decrease your risk of diabetes, but it will also reduce the risk of poor dental hygiene and sugar crashes. While a 250ml can of Red Bull only contains the same amount of caffeine as a cup of coffee does, it is considerably more addictive than the hot beverage, meaning it poses more health risks to people who consume it.

If you think that you might consume an excessive amount of Red Bull, it might be a good idea to consider cutting down on your intake or switching to a less addictive alternative such as coffee.

What Is the Shelf Life of Red Bull?

Red Bull has to be consumed within two years of its manufacture date, and all cans of Red Bull contain the expiration date printed on the side. It does not need to be refrigerated, but Red Bull is often enjoyed best when chilled.

For most people, avoiding red bull at least 4 hours before bedtime is necessary to not have your sleep quality affected. If you think that it might be lasting longer in you or if you are having trouble sleeping, you may want to consult a doctor.