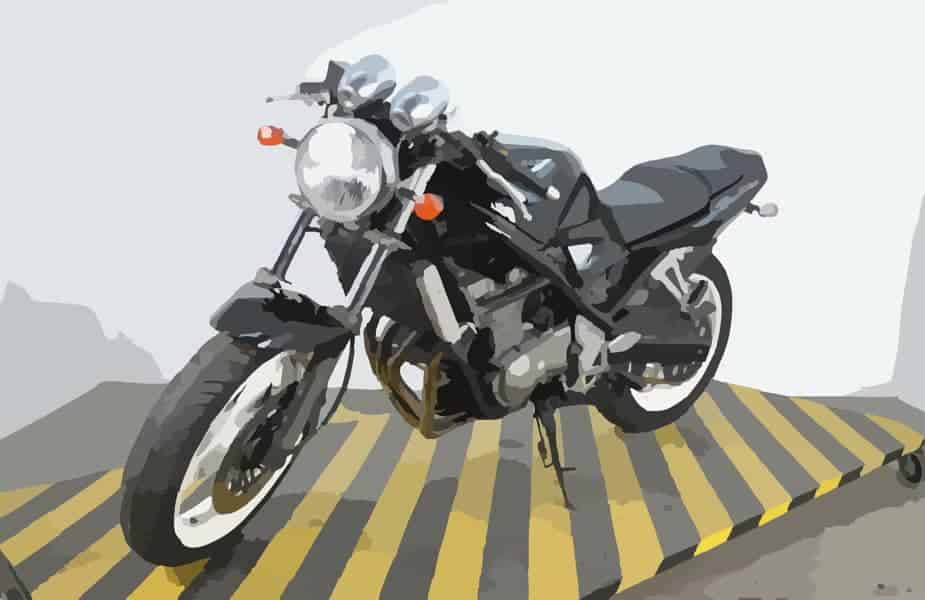 Motorcycles are great for daily transportation, and they’re also fun to own as a second vehicle. Whether you’re going to be using your motorcycle to drive to work every day, take a cross-country trip, or use it as your project bike, you may be wondering how much it will cost to buy one. As an insurance adjuster who has handled hundreds of motorcycle claims, I have gained a feel for exactly what used motorcycles cost.

The cost of a used motorcycle will depend on factors such as age, miles, engine size, condition, season, and the type of bike you are buying. You may find some bikes as low as $1,000 and as high as $10,000, but a decent motorcycle that has no problems will usually cost between $3,000-$6,000.

Factors That Affect a Motorcycle’s Price

When buying a used motorcycle, expect the price to fluctuate based on the factors outlined in this section. By paying attention to these things, you may even be able to get a seller to lower their price. Here are 9 factors to consider:

Unless a motorcycle is rare and is being bought because of that, older motorcycles usually sell for less because they tend to be slower and have more problems. They are also often made with older, outdated technology.

2. How Many Miles It Has

3. How Well It Was Maintained

A major factor you should be looking at is how well the motorcycle was maintained. We mentioned that a motorcycle that was barely ridden and had a few miles would often cost more. However, if the motorcycle wasn’t maintained and was instead left to sit in a garage, the engine might die on you or not work at all, and there may be rust eroding the motorcycle’s parts. A motorcycle needs to be started up and ridden regularly to keep the engine functioning smoothly.

If a motorcycle was used often, on the other hand, you would want to make sure that the previous owner took good care of it.

Ask if the owner has maintenance receipts.

The condition of the bike will also affect the price. If the bike looks all banged up, you may not want to pay a high price for it, even if it does work flawlessly.

There are a number of things you should look at when assessing the condition of a used motorcycle.

Important: You absolutely must take any bike you are thinking of buying for a test drive. Never buy a bike you have not tried out yourself! An owner that refuses might have something to hide, and riding the bike yourself for a few minutes can help you get a feel for problems such as a wobbly suspension.

5. The Size of the Engine

The bigger the engine, the more the bike will usually cost. If you are buying a 250cc motorcycle, it will usually be much cheaper than a Honda Goldwing, all other factors considered. Remember that more cc doesn’t necessarily mean that the bike is actually faster.

There are all kinds of bikes out there — sports bikes, cruisers, adventure tourers, scooters, mopeds, dual sports, and dirt bikes. Sportbikes are often the most expensive, especially super sports. Naked bikes and cruisers are often cheaper, but it does depend on how big the cruiser is. Touring bikes, like the Honda Goldwing, are usually very expensive as well.

7. How Many Repairs Are Needed

Often, people sell bikes that have problems and need repairs. Although you may think that it’s just a minor repair you can take care of yourself, keep in mind that such bikes often have additional, hidden problems that only become apparent later.

There are even some bikes that are sold with a dead battery or an engine that isn’t running. These bikes can sometimes be bought for as little as $500, but they are not usually great for daily commuting and are better suited as project bikes.

8. What Season It Is

Seasons play a factor, especially in locations that have cold winters. At the end of the summer or during the winter, you can often find bikes for much cheaper than at the beginning of the riding season. That’s because there are few buyers and little demand at the end of the season, but some people will still be selling bikes because they are moving or need the money.

9. How Many Additions Were Made

If a motorcycle was improved upon, such as if the owner added a higher-quality exhaust, the price can go up. However, a project bike that has almost no stock parts left and hasn’t been significantly improved other than made to look interesting isn’t usually worth paying extra for, despite how much work the owner put into it.

Don’t let a seller get away with claiming his bike is worth much more than it actually is just because he added a few aftermarket upgrades to it. Just because he bought a fancy $1,000 exhaust system does not mean that $3000 bike is suddenly worth $4,000. The bike already had an exhaust system on it so, at best, the bike is additionally worth the difference between the aftermarket part and the original part’s replacement cost. Usually much less.

How Many Miles Should a Used Motorcycle Have?

However, it all depends on the type of miles put on the bike. A sports bike that the owner raced up and down dirt roads will wear out a lot faster than a touring bike that has nothing but “cruising” highway mileage on it. It’s not uncommon to see sports bike engine need work at about 25,000 miles and touring bikes continue to work perfectly up to 200,000 miles or higher with little work.

Just keep in mind that how well a bike was maintained is just as important, if not more important, than how many miles the bike has. Get maintenance records from the owner. If he has none or they are sparse, it’s usually best to walk away.

How Much Does Motorcycle Insurance Cost?

The cost of motorcycle insurance will depend on what type of insurance you are getting, what type of bike you ride, your age, and the age of your bike. For example, if you are young and are riding a new sports bike, you will usually pay more than an older rider with a lot of experience who is riding a banged-up cruiser.

The average annual motorcycle insurance cost is usually around $520. However, if you are buying a used motorcycle that you only paid a few thousand dollars for, it may be as low as $16/month

As you can see, the price of a used motorcycle depends on many factors. For a decent motorcycle that is of average size, runs smoothly without any problems, and also isn’t new or low-mileage, expect to pay around $3,000-$6,000.

Of course, be sure to make sure it ticks off all the boxes before you hand over your hard-earned cash. There are tons of bikes up for sale out there, there’s no need to fall in love with the first one you see and end up with a turd.

I hope this article has been helpful in giving you an idea of what you should be paying. Thanks for reading!

You may also be interested in: How Much RVs Cost