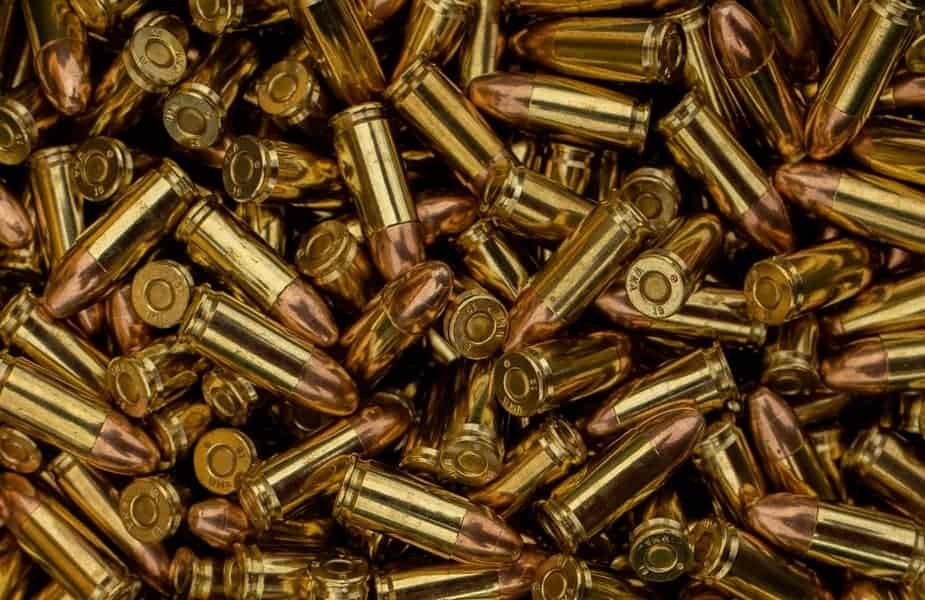 Ammunition is classified on the Hazard Divisions list because it poses a significant hazard in the event of an accident. Since 2009, there have been 50 recorded unplanned explosions due to poor ammunition storage. With that little tidbit in mind, how should you store your ammo to prevent accidents?

It is better to store ammunition in a box to keep the ammo organized and prevent movement. A box keeps ammo safe and unexposed to humidity and moisture, preventing corrosion of the brass coating. Proper storage is a crucial factor in the safety of ammo and guns.

This guide will provide handy tips on ammo storage, including the best place to store ammo, ideal ammo storage temperature, and what to do with ammo in case of fire. Keep reading if you want to know the best way to store your ammo.

What Is the Best Place To Store Ammunition?

Proper storage of ammunition is a simple process that follows a few ammo storage principles. Ammo should be kept in a cool, dry, and dark place, which extends ammunition life from decades to centuries.

1. Store in a Cool Place

The viability of your ammo gets destroyed when subjected to extreme temperature and will not work very due to these changes.

Traditionally, basements were used as popular storage options because ground temperatures are more predictable than air temperatures. But that turned out to be false, so instead, you might want to buy ammo storage containers to keep your ammo dry and safe.

I recommend this tactical ammo can from Amazon, which offers maximum strength and security for your ammunition, as it has an air and water-resistant seal for dry storage. I love the traditional metal construction. A lot of manufacturers sell plastic cans now, which I would avoid like the plague.

Storing your ammo in a sealed container keeps it still, which means there is less risk of it getting scratched, dented, or dinged up, and it keeps the ammo organized. That way, you can know exactly which ammo and how many rounds are in each container.

UV light is often a destructive force for several items, and extended periods of exposure to the sun’s harmful UV rays break down almost anything. For example, leaving vehicles exposed to sunlight deteriorates the exterior paint and metal. With time, UV ray exposure takes a toll on your ammo.

Fortunately, most indoor locations will do just fine, such as a pantry, basement, or closet.

Where Can You Store Ammo?

Ammo is presently created to function even in extreme weather conditions like arctic cold or tropical heat and humidity. Theoretically, if you control the exposure to extreme heat, high humidity, and temperature fluctuations, your ammo could last up to a decade. You should store ammo at low humidity and room temperatures.

Ammo storage necessitates discipline and organization. Keep in mind that you are possibly stockpiling the ammunition for decades. Thus, it is essential to maintain control during storage. Here is what to do:

Ensure ammo storage cans are well-labeled for easy identification without opening, as they help you create an inventory quickly and save time during emergencies. If you need ammo for a 22 rifle, you won’t have to open several ammo cans trying to find the right one.

I recommend this handheld label printer from Amazon because it can create multi-line labels for easy identification in multiple different font sizes.

Use Clay Desiccant To Keep Out Moisture

A desiccant is anything that can absorb water or moisture. Some materials do this physically, while others do it chemically. Calcium bentonite or sodium bentonite are suitable clay desiccants that absorb vapor quickly and can be bought in the form of Desi-Parks. Although they are somewhat expensive, they are an excellent way to keep ammo moisture-free.

Don’t forget about your stored ammo and hope it will last for a long time without checking on it. Frequently check for corrosion signs or heat exposure. Use transparent plastic in the vacuum sealing so you don’t need to undo the hard work you did while sealing the ammo from the outside world.

Keep Children Away From Your Ammo

The last thing any ammo owner would want is ammo landing in the hands of an unsupervised child. Keep the ammo well secured, as it reduces the chances of unauthorized users getting their hands on it. Lock the ammo in had to access areas to prevent any harm that may arise when inexperienced persons and children handle the ammo.

A note of caution: To prevent children from shooting a loading weapon, store the ammo away from your weapons in a locked cupboard.

It is not the cold or warm temperature that will damage your ammo. According to Sporting Arms and Ammunition Manufacturer’s Institute (SAAMI), extreme temperatures should be avoided while storing ammo.

How To Store Ammo in Case of Fire

In the event of a fire breakout, the heat produced can cause the ammo to explode, which makes the fire worse. The bigger the caliber of ammo, the higher the explosive potential. If there is a fire, contact the bomb squad or police department to properly dispose of ammo that is ready to explode.

The best place to store ammo in case of a fire is in a wooden container and a dry spot away from the potential fire because wood is a poor heat conductor. Metal containers are not ideal because they increase the risk of ignition from the heat.

Insulation is vital. If you have a garage set up with a fireproof motor for ammo storage, it will work. You can also consider putting the ammo lower than where the surrounding fire would be able to heat.

Can Loose Ammo Go Off?

Loose ammo cannot go off from handling it. Soldiers carry hundreds of ammo on them and are active while carrying ammo. Generally, loose ammo is pretty safe, because the primer has to be directly struck with a decent amount of force, and when it happens, they are not very dangerous.

Because of this, you won’t need to worry about your ammo going off when stored correctly in a cool, dry place, away from any fire hazards.

Here is a YouTube video I recommend that explains ammo storage principles in-depth:

Now that you know how to store your ammo correctly, you are on the right path to protecting the ammo stash in the right way. Do not neglect your ammo, and this will see your ammo last for up to centuries to come.

Proper storage also ensures that your ammo will be ready to use when the right time comes. Also, to mitigate risk, you can consider storage with a dealer or at a local police station. Only keep what you need. It can help reduce thefts of ammo and any other risks associated with ammo storage at home.