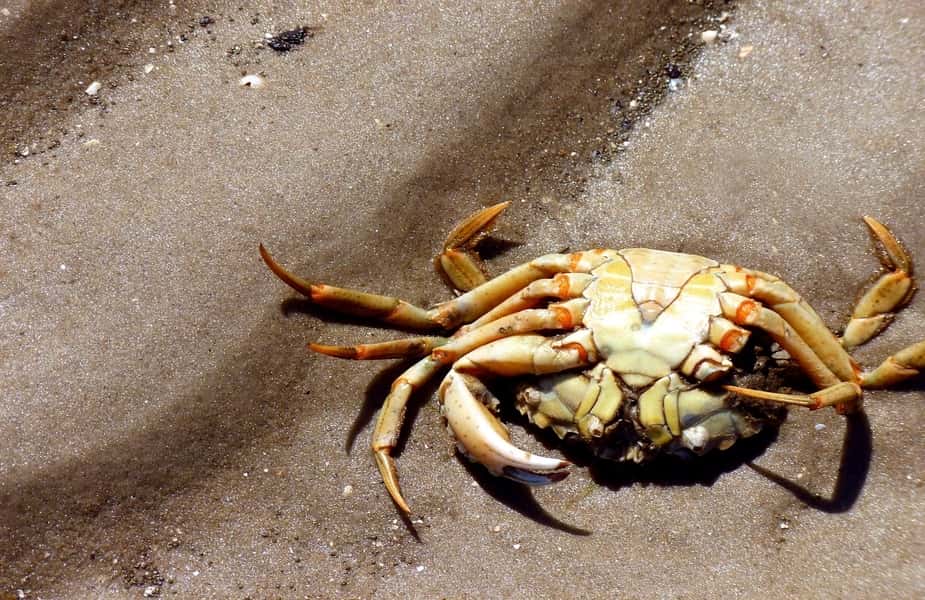 While taking a stroll on the beach and you may happen upon some washed-up lobsters, crabs, or crawfish. You may wonder if it safe to consume these languished crustaceans or if there are consequences. Is there a safe way to prepare and enjoy decaying shellfish meat?

Lobsters, crabs, and crawfish can only be eaten a short time after death, or you are at high risk of contracting food poisoning. These crustaceans have a form of Vibrio bacteria that line their shells, which after multiplying rapidly after death, cannot be fully eliminated by cooking.

Bacteria grow more rapidly in these crustaceans compared to mammalian meat and it’s important to know whether the meat is spoiled before consuming it. Due to this rapid bacterial growth, the time between when a lobster, crab or crawfish died and when it is cooked is crucial in determining if the meat is safe to eat. There are strategies though to elongate this period to ensure your health and consume these shellfish safely.

How to Quickly Determine If the Lobster, Crab or Crawfish Is Spoiled

Occasionally, you may come across an already expired crustacean and ponder if the meat inside is still viable for human consumption. This is particularly significant in a survival situation when desperation makes food options limited. However, these tips also apply to meat you have caught yourself or when selecting your dinner at a fish market.

As with any meat, the biggest indication of freshness emanates from your sense of smell. Decaying shellfish will have a strong scent of ammonia and this a clear sign that the bacteria has started to decompose the flesh. Even if the scent isn’t strong, but has even a mildly sour aroma, it is best to avoid.

Do note, that with frozen crustaceans, the ammonia smell may not be apparent until it is cooked. If it smells fresh, then food poisoning is likely to be avoided. Be aware, however, that unfarmed crustaceans may have parasites that you won’t be to detect by visual inspection. If ingested, you may not be aware of your exposure for months.

A couple of other observations can assist you in determining if the meat is spoiled:

Eating crustaceans that didn’t die within the hour, or frozen immediately after death is a common source of food poisoning. This is due to the Gram-negative family of bacteria called Vibrio that is present in the waters (especially coastal waters) where lobster, crabs, and crawfish live.

Consequently, the bacteria usually enter and reside in the lining of the crustacean’s shell and divide rapidly once the shellfish has died. If ingested, these bacteria can cause you to contract a foodborne infection, vibriosis, aka, food poisoning. The resulting gastroenteritis symptoms will develop in 12-24 hours and last 1-7 days. These can include fever, chills, vomiting, abdominal cramping, and nausea.

If you are already dehydrated or otherwise have compromised health, these symptoms can become life-threatening. The CDC reports around 52,00 cases for vibriosis can be attributed to eating contaminated seafood each year in the United States alone.

Vibrio bacteria aren’t just harmful if ingested, they can also infect open wounds. For this reason, do not go scavenging for shellfish if you have a cut, rash or seeping flesh. It’s best to go further and avoid brackish or saltwater with broken skin to ensure your safety. Specifically, Vibrio vulnificus can cause a skin infection that can develop into the life-threating condition of sepsis.

How to Safely Prepare and Store Lobster, Crab, and Crawfish for Consumption

The closer a crustacean is cooked after the time of death, the safer it is to eat. This is why many chefs choose to cook these species alive.

Boiling live lobsters is a practice that humans have been performing for thousands of years, started by the Roman cook Caelius Apicius during the first century. It wasn’t until the nineteenth century though that the connection between boiling live lobsters and limiting food poisoning was made. The lobster boiling practice had been solely due to the appearance and taste of the meat until then.

If you are unable (or unwilling) to boil your seafood alive, then there are measures you can take to halt or reduce the production of the vibrio bacteria.

Generally, do not eat any lobster, crab or crawfish that hasn’t come from a reputable source. Even in survival situations, it is probably safer to forgo food than eat a crustacean you have found dead on the beach. To avoid consuming the illness-inducing bacteria, either cook shellfish live, or keep them on ice immediately after death and cook the meat within two to three hours postmortem.

Do lobsters suffer when boiled alive? Although it’s currently inconclusive whether lobsters can feel pain, studies have demonstrated that it takes a lobster 2-3 minutes to die in boiling water, which is observable by the tail twitching; a curled lobster tail is indicative that it was alive when cooked. The hormone cortisol is also released into their bloodstream when boiled, which is the same response humans have when hurt or stressed. Currently, it is illegal to boil a lobster alive in Switzerland and New Zealand, where it is required that lobsters are killed by stunning before cooking.

What part of the crab is poisonous? The lungs of crabs have a reputation for being toxic. However, these organs are simply indigestible and have an unpalatable flavor. Other parts of the innards of crabs have an unsightly appearance yet are some of the most sought after elements of the crustacean. The green liver (tomalley) is a delicacy, as are the bright orange roe (eggs) found in female crabs.