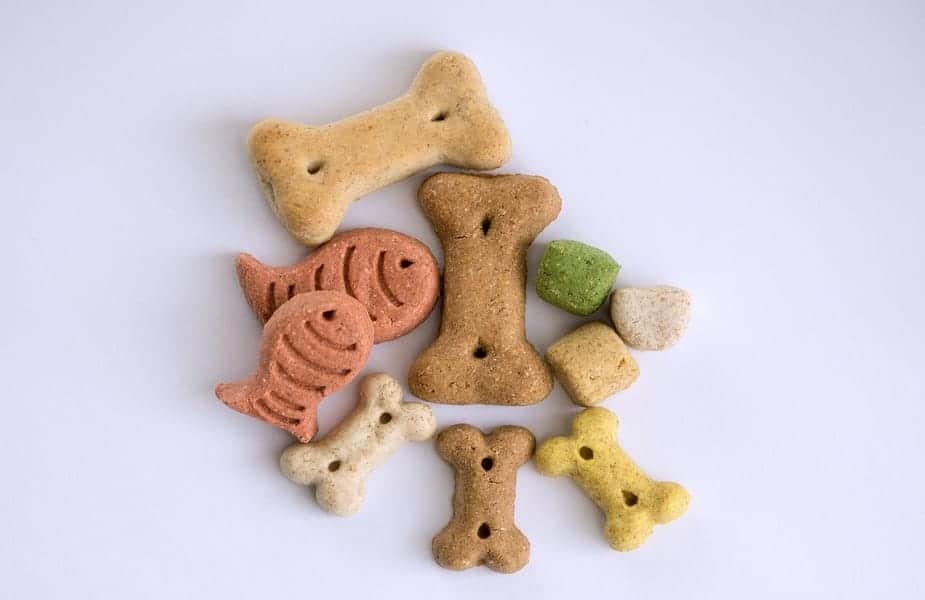 At the time of the publication of the 2017-2018 APPA National Pet Owner’s Survey, dog ownership sits around 60.2% of all households in the United States. Since dogs are the most common pet owned in most family households we will focus on their foods.

Dog foods that have been properly stored can be consumed by humans due to the way they are handled and processed. Since dog food is formulated to be a complete source of nutrition they are packed with proteins, carbohydrates, and fats alongside other added minerals and vitamins.

Let’s take a closer look at things to consider if you find yourself in the unfortunate situation where the consumption of dog food is on the table.

There is a natural dietary overlap between domesticated dogs and humans due to sharing food sources for thousands of years. Dogs often subsisted on the table scraps and animal byproducts provided to them by their human companions which tailored their nutritional needs to more closely mirror human nutritional needs.

The resulting overlap results in a situation where the majority of the nutritional needs of a human will be met in a serving of dog kibble or canned dog food. Dog food has clearly listed ingredients that are suitable for human consumption in their original forms.

Since both dog kibble and canned dog food are formulated to be a standalone complete source of nutrition it is packed with all the vitamins and minerals a dog would need alongside the appropriate fats, carbohydrates, and proteins that would be needed on a macronutrient level.

The truth is, due to the nutritional completeness of dog food, it would be an upgrade over many commonly consumed foods that people eat such as the overly processed sugary cereals and snacks that are widely available at a grocery store that are full of empty calories.

In terms of short term survival grabbing a can of dog food to meet your nutritional requirements is reasonable although unorthodox choice that is appropriate in a survival situation.

Is It Safe for Humans to Eat Dog Food?

Dog food product labels need to follow strict legislation
regarding ingredients and must be fully traceable. It is essential that all products are manufactured in sterile conditions and must not be detrimental to animal or human health.

Are There Any Immediate Health Risks Involved in Consuming Dog Food?

The biggest immediate health risk you will face consuming dog food is the risk of foodborne illness. While pet food companies do follow strict rules and regulations when processing the dog food there are storage and handling practices that need to be observed to maintain food safety.

In the case of dry dog kibble if the packaging remains unopened and not exposed to air then most likely the kibble will be safe to eat. Major concerns with consuming kibble are the rancidity from the fats going bad due to oxidation as well as bacterial contamination like salmonella and E. coli from exposure.

Canned dog foods do not face the same level of contamination risks since the process of canning heats the food up long enough to eliminate most foodborne pathogens and the airtight barrier of the can prevents fat oxidation and rancidity issues from occurring up to a few months after the expiration date.

Can Dog Food Be Consumed Long Term by Humans?

Since dogs and humans are different animals it is natural that dog food formulas are unbalanced for human consumption. There is a large difference in protein requirements and vitamin balances that would play a significant role in maintaining good health long term.

Dogs require different macronutrient totals than humans. Generally, dogs require far more protein than an average modern human body would be comfortable consuming. In order to efficiently digest proteins and also bones which are both tough to break down dogs have stomach acid that is 10 to 100 times more acidic than a human’s stomach acid.

What’s in the stuff?

A significant portion of dog food is created used animal byproducts that are not a part of a standard western diet such as tripe, organs, ground bones, and all manner of offal. These are all edible parts of the animal that could theoretically be integrated into a healthy human diet, however, it would be somewhat of a shock to human digestion and could cause some discomfort.

Ultimately dog food is formulated for dogs and humans will not thrive on it for a long period of time. It can take care of short term macronutrient needs and meet a decent number of vitamin and mineral requirements but it will not be able to sustain somebody at optimum health for more than a month.

Dogs are a very different type of consumer with a highly different sense of taste than humans. They only have approximately 16% of the taste buds of a human and a far stronger sense of smell and therefore derive much of their sense of food flavor from the aroma of the dog food. These differences result in a formula that has strong odors and far less flavoring than a human might prefer.

Since dog food contains tripe, organs, ground bones, and offal many types of dog food will contain flavors and textures that are foreign to most people. The organ flavor will leave a metallic taste in your mouth that definitely won’t have you enthusiastically reaching for more if you aren’t used to that taste.

Remember that if you’re reaching for a bag of kibble or a can of dog food that you’re doing it to survive. So breathe through your mouth and bottoms up!

Pet food has a tendency to be gritty and gristly because it includes bones and other ingredients that are tough for humans to break down that animals love to eat.

In order to pick something up that would appeal to humans, you will probably want to select something that is boneless and minimally processed. Dog biscuits are a safe albeit very bland tasting choice. Another more exciting choice would be Beggin’ Strips and other foods designed to taste similar to bacon and other foods a person might ordinarily enjoy.

How Should Dog Food Be Prepared For Humans?

One of the beautiful things about dog food is the sheer convenience of feeding your pet. These same conveniences translate over to human consumption. Unless you are specifically picking up freeze-dried raw dog foods the food will be cooked and packaged in a safe ready to eat format that is unlikely to cause food poisoning if it has been stored properly.

If you’re aiming to increase the palatability of canned dog food you could try heating it up. Any dog owner who owns a fussy or older pet knows the trick of heating up food instead of serving the canned food cold to help their fussy or senior dogs find their food more exciting.

The same principle would apply to a person eating heated up canned dog food, they are often even formulated with “stew” flavorings. I don’t know anybody who prefers cold stew over hot stew!

What Kind of Dog Food Would Be Best?

There are many brands and types of dog food available, but for simplicity let’s break it down into three major categories: wet canned food, dry kibble, and freeze-dried food.

Given these options, it would be best to consume canned dog food because of the canning process which virtually eliminates bacterial or fungal contamination as a concern provided the cans are intact.

While dog food may be quite unappetizing for humans, for the most part, it is a safe food to consume for survival.

It is not formulated perfectly for humans but it is a sound source of calories. Try to replace or supplement with meat, vegetables and other sources of nutrition as soon as possible.

Is cat food edible for humans? Cat food is similar to dog food in that it is subjected to the same regulations that make it typically safe for human consumption. Cats are obligate carnivores so vegetables and fruits are not used in high quantities in cat food.

The best survival games on the market do not include creatures from horror films. Zombies popping up to kill you in a survival game distracts from the main survivalist elements. A good survival game...

Continue Reading
link to Can You Use Acrylic Paints on Glass? | Washable vs Permanent

Acrylic paints are one of the most versatile mediums on the market today. Artists love to use it on a wide assortment of surfaces, including regular canvases, paper, and even t-shirts. But, can it...