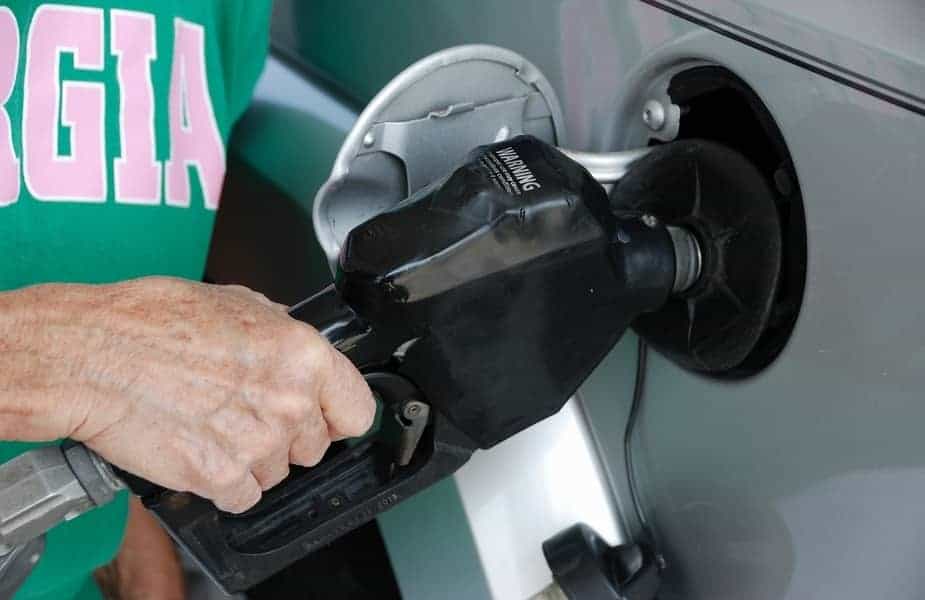 With such a hectic life that everybody is living nowadays, it might be tempting to not turn it off and just to leave the engine running while refueling your car. Have you done that a few times yourself and thought that those “turn off engine” signs are not that necessary after all? You might want to think twice!

It is not safe, or legal in most states, to leave your vehicle’s engine on during refueling. While refueling a running vehicle, there are higher chances that gas vapors get in contact with igniting heat or electricity, causing a gas-fueled fire.

If you are still sure that saving those couple of seconds is even better than switching the engine off, keep on reading. Here is everything you need to get right before deciding to pump gas into your new car while it is still running.

Why Is It Not Safe to Refuel a Running Vehicle?

Most drivers have at least once successfully filled up their cars or vans without turning the engine off, and no bad came from it. But, it does not mean that it is safe or allowed to carry on with this pesky habit. Of course, you might have been saving a couple of seconds each time, but the potential consequences of this practice might be lifelong.

If you are still not convinced, below, you can find four different reasons why you should take the time to switch your car off before grabbing the gas pump.

When the engine of a vehicle is running, the whole car’s mechanism is boiling, reaching operating temperatures of 90°C to 105°C (195°F to 220°F). On the other hand, the gas that you are pumping inside the gas tank produces vapor that spreads across the surrounding area.

This vapor, precisely like the gas, is highly flammable and can ignite quickly. If it does get into contact with the heat, your car is producing or surrounding static electricity, it can catch fire. When this happens, the ignition will feed on the fuel in the tank and the pump, creating an explosion-like event.

The possibility of this event is extremely slim, yet it is not impossible. By simply switching off the engine of your car, you can lower the surrounding temperatures and decrease the risk of a fire.

You Need to Stay Focused!

Leaving the car might be an invitation for you to leave the pump in the tank and sit in the car while the machine does its job. Most pumps will stop releasing gas when the tank is full. However, trusting such a delicate mechanism might not be the best idea.

If the gas spills onto the surrounding part is your car that is still hot, it might increase the chance of having to deal with a fire. Leaking gasoline can also cause damage to the paint of your vehicle and pose a danger for the next customers.

As we have seen, the heat produced by your car can cause a fire if the vapors become close to heated parts. However, the static electricity in the area can also represent a serious danger.

Indeed, as you enter and exit your car continuously or rub your clothes against the surface of your vehicle’s upholstery, you create an electric charge. This energy is discharged when you touch the metal parts of your car, like a handle or door. This static electricity might give you such a light shock that you might not even notice it.

However, if the vapors deriving from the fuel get in touch with such energy, static electricity might act as a spark plug, causing the fumes to ignite.

Your Car (And Your Wallet) Might Pay the Price for It

While filling up a car while its engine is on will not directly ruin or damage the internal mechanisms of the vehicle, there are some side effects to take into consideration.

Is It Illegal to Leave Your Car on While Pumping Gas?

So, know you know that leaving your vehicle on while refueling is not safe. Additionally, in most service stations, you will find a “Turn Engine Off” sign that indicates that such a practice is not allowed on those premises. Alongside it, you will see signs that will tell you that you should also avoid using your cell phone and smoking.

But is it also illegal to leave your car running while filling it up? It is in some states. In California, for example, not only should you switch the car off, but also pouring gas in the tank in a way that minimizes spillage. Since most states boast laws that regulate the refilling of a vehicle, you should inform yourself about the specific requirement of the area.

In any case, you could be facing hefty fines for going against the rules of the premises. These charges can range from a few dollars to thousands. Moreover, if a running vehicle has caused damage to people and items, the fines you might be facing can be overwhelming.

Even if in your state filling up a running car is legal, you should avoid this practice altogether to eliminate the risk of harming others around you.

We have been praising the qualities of Diesel for many years now. Among its benefits, the high safety standards of this fuel make it incredibly safe to store and handle in any situation.

Indeed, unlike gasoline, diesel is not flammable in its liquid form and therefore does not present a safety hazard. However, what many drivers don’t know or overlook, is that the vapors deriving from diesel are flammable and highly dangerous.

Indeed, a mere quantity of 1% in the surrounding air can cause an explosion if these fumes get in contact with a heat source. While this substance might be generally safer than standard gasoline, it is not immune to the effects that ignition has on its vapors. These substances, in turn, are released into the air as you fill up your tank.

While handling diesel vehicles, you should use the same care as you would in the case of a gas vehicle.

Some drivers might be in a rush, while some others might only be a little forgetful. In any case, leaving a vehicle on while pumping gas is something that happened at least once to most people. While it might have never caused damage or side effects, this practice is not safe or allowed in the majority of petrol stations.

Indeed, the fumes released by the gas can meet the heated surfaces of your car or the static electricity generated by your movements. This contact can cause the fuel to spark and ignite, creating a fire that feeds on the surrounding gas. Ultimately, leaving your car on while fuelling, whether it runs on gas or diesel, is not safe or legal in many states.

You may also be interested in my article, “Is it Safe to Keep a Gas Can in Your Car?“, be sure to check it out.

Thanks for stopping by!