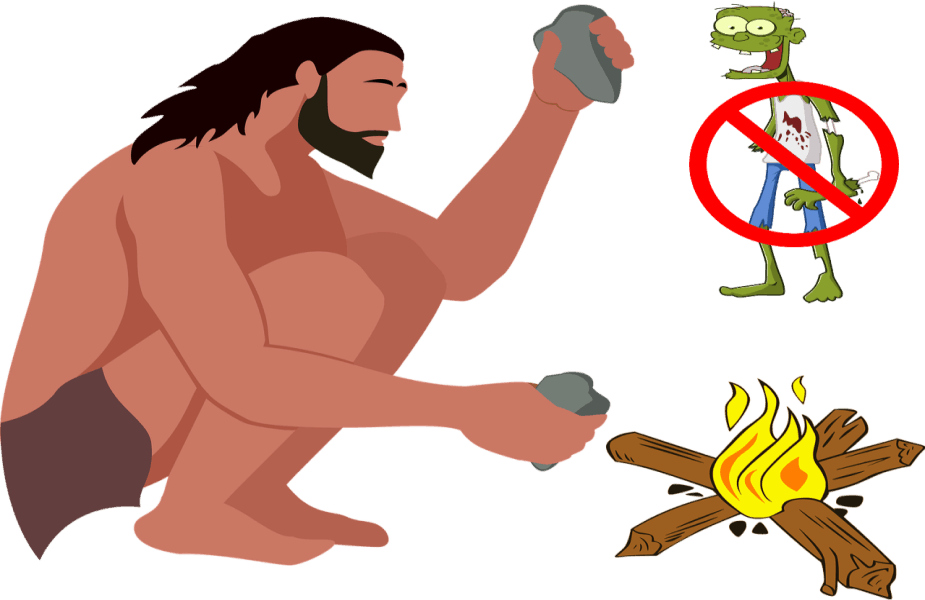 The best survival games on the market do not include creatures from horror films. Zombies popping up to kill you in a survival game distracts from the main survivalist elements. A good survival game needs to simulate real-world conditions and provide users with a safe platform to hone their basic wilderness survival skills.

A useful game must also be relatively realistic and include many of the multitudes of tasks necessary in actual survival situations. Unfortunately, there are not many survival games available that highlight or even include real-life survival tactics. Titles in this genre are mostly first-person shooter games. Luckily, however, there are three excellent games that fit the bill.

The best non-zombie survival games are:

Let’s go through them so you can make an informed choice.

The Long Dark is probably the most realistic survival game on the market. It concentrates on the skills you need to survive in a cold winter environment. In the game, you play the part of a pilot who crash lands in frigid Canada. The game is set in a time of upheaval and death. The world surrounding the crash has collapsed.

The Long Dark provides a detailed simulation regarding the risks a person faces being stuck out in the cold with nothing more than the clothes on their back. The developers took into consideration all the factors that could impact your avatar’s survival; including, the wind-chill factor, hunger, thirst, wildlife, and fatigue. The game monitors your character’s body temperature to keep the experience authentic and true to life.

A prosperous Kick-starter campaign funded this survival game while Hinterland Studios produced it. It is touted as being one of the most challenging survival games that you will ever come across.

Unlike many survivalist type games, this game does not focus on defending your hoard of supplies through the use of artillery. It is targeted at those people who wish for an immersive experience that will test their survival knowledge.

This adventure-themed survival game allows you to engage in two different environments: aquatic and island. Explore an underwater habitat as you struggle to survive nature and the elements.

In Stranded Deep, you are a plane crash survivor stranded in the Pacific ocean. With no way to contact anyone, you have to find land, shelter, and food. You will have to craft tools and weapons in order to stay alive. It will not be easy to battle thirst, hunger, sunstroke, and dangerous ocean life while you struggle to survive.

Watch out for sharks who could attack you and damage your health. You will need to learn how to cure poisons, heal bones, and bandage any wounds.

This game’s goal is to survive, and you will not be bothered by zombie attacks or marauding neighbors.

The Forest first emerged on the scene in 2014. It is an open-world survival game that can be scary.

Like the Long Dark, this survival game asks you to take on the role of a crash survivor; however, instead of landing in Canada, you land on an island inhabited by a group of cannibals. The goal is to survive off the land while defending yourself from your hungry neighbors.

This game has both realistic and unrealistic situations in it. Most likely, you will not come in contact with a cannibal tribe, but looking at these players as obstacles you have to overcome makes it easier to focus on this game’s survival elements.

In The Forest, you must scavenge to find food, water, and shelter. You will have to build traps to catch your own food. These are useful skills any survivalist needs to learn. This game also asks a question that other many survival games do not ask: what would you do to survive? The Forest manages your avatar’s sanity to determine its mental health. It reminds you that morale is important and needs to be factored in when fighting to survive.

A VR version of this came exists if you want a more immersive experience.

The only knock on this game is that it does include some hostile creatures that could come into play. While not zombies, this does detract somewhat from the overall experience if you want a truly realistic survival game.

While survival games provide users with a blueprint of how to survive in less than ideal situations, they are not intended to be a substitute for experience in the physical world. It is important to take the skills your practice online and actually attempt them in the outside environment. For example, you could learn to purify water, start a fire with flint and steel, or identify dangerous vegetation. A lot of this stuff can be done in your own back yard.

Of course, there’s absolutely nothing wrong with having a little fun while safely honing your survival process at the same time. I hope you have a blast playing one of the games on my list. Thanks for reading!