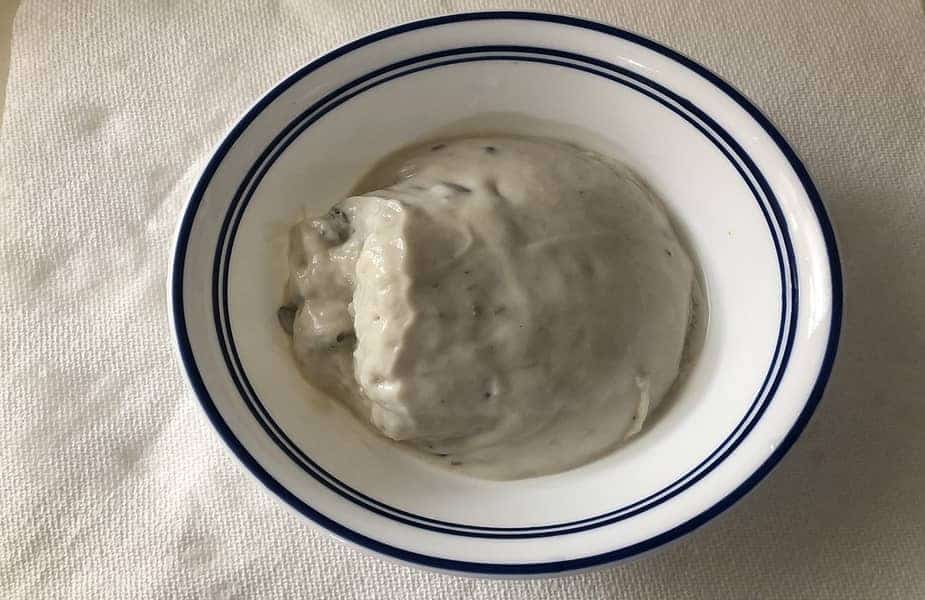 Use your best judgement based on the the purpose of cream of mushroom in your recipe.

Conversion: You will want to substitute 1 cup of heavy cream for every can of mushroom soup called for in the recipe.

Sour cream can replace cream of mushroom soup in most recipes since it has a similar creamy consistency, albeit with an altered flavor pallet. Like heavy cream, sour cream allows the natural flavors of the recipe to standout.

Once again, use your best judgement on whether this is a good substitution for your recipe.

Conversion: Every can of cream of mushroom soup in a recipe needs to be replaced by 1 cup of sour cream

Conversion: Every can of soup needs to be replaced with 1 cup of milk and 4 ounces of cream cheese. This recipe lacks a mushroom flavor, but does help the ingredients in your dish stick together.

Many people often choose to substitute cream of chicken soup for cream of mushroom because of a mushroom dislike. The cool thing is that most any creamed can soups can be used interchangeably in recipes. Of course, there will be a slight difference in taste, so just use which kind you like the best.

Conversion: Substitute cream of chicken soup on a 1:1 basis.

You can substitute cream of mushroom soup with a homemade basic white sauce. It’s just like making a roux. All you need is milk, butter, and flour to create this elementary substitute.

How to make basic white sauce:

Just keep in mind that this white sauce is bland and basic. Add other ingredient to increase the flavor. Salt, pepper, beef bouillon, and mushrooms are perfect to improve the taste of this sauce and can even mimic the flavor of cream of mushroom.

Conversion: The recipe above will make just over a cup of white sauce. Feel free to increase or decrease the ingredients, as necessary, to match your recipe requirements. Anything near a 1:1 basis with cream of mushroom soup should work well.

Cool Tip: I often make this white sauce simply seasoned with salt and pepper and use it as a gravy for putting over mashed potatoes, rice, or any type of meat or poultry.

How to Make Vegan Cream of Mushroom Soup With Almond Milk

That’s it! Your vegan cream of mushroom soup is ready to be used as a replacement in your recipe.

Cool Tips: You could also add a couple of garlic cloves or salt and pepper to improve the taste of the sauce. Also, cooking the soup slightly longer than 15 minutes will take the soup to a consistency perfect for a green bean casserole.

If you do not have a can of prepared cream of mushroom soup sitting in your pantry you can make your own fairly easily. You can even leave the mushrooms out if you don’t happen to have any on hand.

For additional flavor you could add garlic or onion.

It is straightforward to make this soup and can be eaten alone or folded into another recipe on a 1:1 basis. Enjoy!

Note: Both canned soups contain some unhealthy ingredients, including modified cornstarch. So, if you are concerned about these ingredients you may want to use a homemade soup option instead.

Conversion: The substitution ratio is 1:1. That is to say, every can of cream of mushroom soup called for in a recipe needs to be replaced with one can of golden mushroom soup.

After reading this, I bet you can guess that my favorite substitution is to make my own. I highly recommend the basic white sauce. It literally takes like 2 minutes to make and, once seasoned, is a yummy replacement.