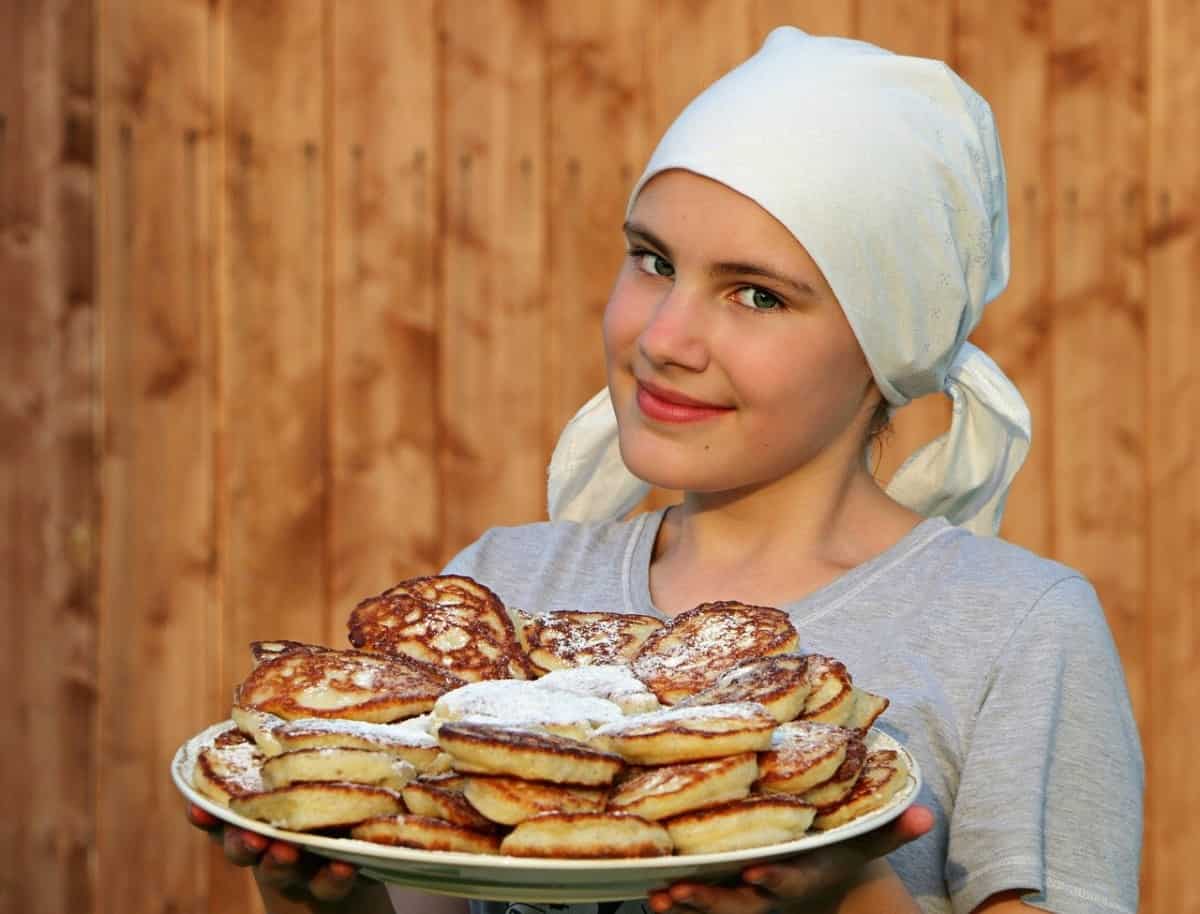 Vegetable oil is a staple in most pancake and waffle recipes. Whether you have run out or want to use something other than vegetable oil for health-related reasons, several things can be used as a replacement.

Here are 8 substitutes for vegetable oil in pancakes or waffles:

Butter is something that most households will have that can be substituted for the vegetable oil called for in a recipe. The great thing is that many traditional recipes call for butter over vegetable oil anyway. In fact, it will not substantially change the flavor of a pancake or waffle and may even taste much better to a lot of people. It will also make them richer and a little more fluffy.

When using this substitution, a little more melted butter than the amount of oil the recipe calls for will be needed.

Light versions of olive oil work well as a replacement. Not only is it something that might be in the kitchen already, but It is also healthier than vegetable oil as it lacks some of the omega-6 fats that make vegetable oil more unhealthy than other oils.

Just keep in mind that olive oil is not tasteless, so it will add a slightly richer flavor to pancakes or waffles. This is why I recommend going with the lightest type possible, like this kind available on Amazon.

To substitute a 1 to 1 ratio will work, so there will be no difference in the amount used.

Like oil, yogurt will keep the moisture in so that the resulting pancake or waffle is still fluffy and light. Plain yogurt has very little flavor on its own, so it will have little impact on the overall taste.

Low-fat yogurt can be used on a 1 to 1 ratio when replacing vegetable oil. However, it will add water to the batter so be sure to use a little less milk or water when making this substitution.

Applesauce is one of those “think outside the box” substitutes and is a healthy alternative to vegetable oil. It keeps the moisture in the batter so the resultant pancakes or waffles won’t be dry after they are cooked.

Flavorful on its own, applesauce will give its own taste to pancakes or waffles. What’s really cool is that you will not require as many toppings such as syrup or powdered sugar since the final result will be inherently sweeter. For a nice twist, use applesauce containing cinnamon.

Applesauce tends to be a bit watery, so the proper ratio is 3/4 cup applesauce to every 1 cup of vegetable oil that would be used.

This may not be stocked in a household year-round, but it makes a wonderful substitution for applesauce if it’s in the cupboard. During the holiday season, it will make a festive holiday treat.

It doesn’t matter if it’s from a can or homemade, pumpkin puree can be used as a substitute for vegetable oil.

A 1 to 1 ratio of pumpkin puree to vegetable oil should be used when making this substitution.

This may not be an obvious choice, but mayo makes an excellent substitute for vegetable oil in pancakes and waffles. Among its other ingredients, it is oil-based, which is a part of why it works so well. It also has the advantage of being something that is in most kitchens already.

Despite mayonnaise’s reputation for having a tang to it, it will add very little flavor to a pancake or waffle.

When using mayonnaise as a substitute for vegetable oil, it is melted first. In its melted state, it is used on a 1 to 1 ratio.

Sometimes people are just in the mood for something more exotic than the usual fare. Since coconut oil has its own taste, it can add just enough flavor to make a breakfast staple seem new and different. Coconut oil often works better in waffles from the perspective of taste, but it can be used in pancakes as well.

The ratio for substitution for coconut oil in place of vegetable oil is 1 to 1.

I love fruit substitutions. Any time you can take out fat or oil and add in something healthy, I am all for it. Mashed bananas work well in both pancakes and waffles and have their own natural sweetness that can make additional toppings unnecessary.

When using mashed bananas as a substitute, use 1/2 the amount called for in the recipe. If it calls for 1 cup, use 1/2 cup of bananas.

The substitution you use all comes down to a matter of taste.

Whichever you choose, I hope it turns out perfect! Thanks for stoppin’ by.