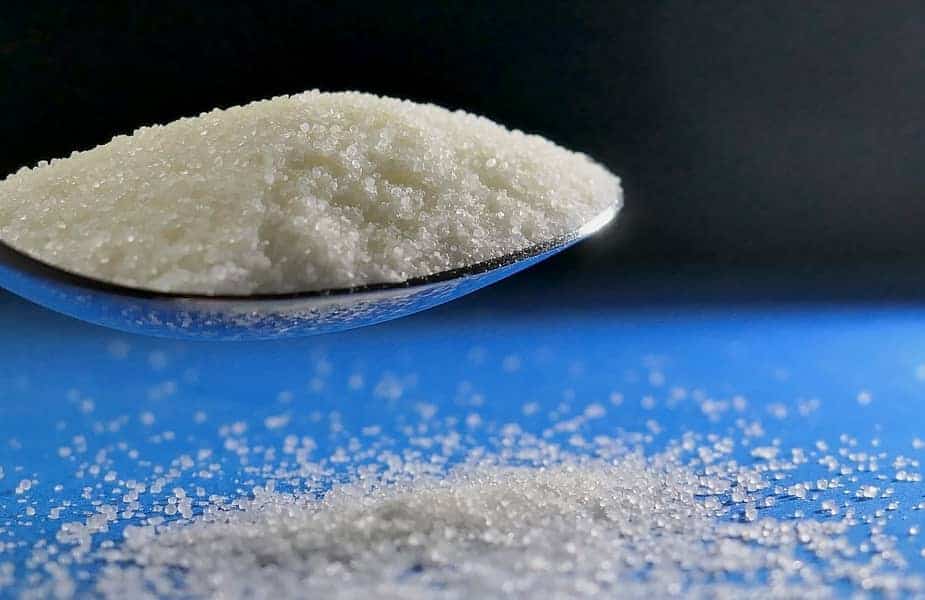 For father’s day this year, I received an ice cream maker. I bought all the necessary ingredients but then realized I forgot about salt. All I had in the house was sea salt, so I wondered if it would work in making ice cream. So, I did some research, tried it out, and this is what I learned.

Sea salt and any other type of salt can be used to make ice cream. However, the larger the salt grains, the better. Controlling the temperature and the freezing process is easier when the grains are large. Because of this, rock salt is known to be the best salt to make ice cream.

The rest of this article will go into greater detail about which salt works best to make ice cream. As a bonus, I’ll even talk about how sea salt can be used as a flavoring in your recipe, just in case you wondered.

Rock salt has generally been seen as the best salt to make ice-cream. This is because it has large grains, which make controlling the temperature and freezing process easier. Rock salt is also cheaper than other types of salt and is sold in bulk. However, ice cream can be made with any kind of salt.

Finally, people choose to use rock salt because it adheres to the ice more evenly than other salt types. This means that the entire batch of ice-cream will freeze at the same rate.

Why Salt Is Used to Make Ice Cream

It is harder to get ice-cream to freeze than water because ice-cream consists of sugar and fats. Sugar and fats hinder the ice-creams ability to form ice crystals, which means ice-cream freezes at colder temperatures. Because of this, you cannot use ice alone to cool the cream base. The ice cubes would melt before the ice-cream mixture gets cold enough.

Salt lowers the melting temperature of ice. So applying salt to ice creates a “salt slushy” that can be packed around the ice-cream base. This slushy mess is much colder than solid ice-cubes, allowing the ice-cream base to cool down, thicken and freeze before the ice fully melts.

The Process of How the Different Salts Are Made

Sea salt forms when bays and ponds evaporate. This evaporating process has been industrialized to yield more sea salt. Companies take ocean water to concentrate pools where the sun and wind act to dry up the pool leaving behind salt crystals.

This is usually done in communities with dry climates and little rainfall. These climates allow time for evaporation to occur.

Rock salt can be found below the earth. Through deep shaft mining, companies can extract rock salt to be crushed with the aid of dynamite. After the crushing process, the rock salt is ready to go out to consumers.

This process can be used to create table salt.

While we are on the subject of salt and ice cream, if you are looking for a cold treat with a bit more flavor, then you should try sea-salt ice-cream. There are countless recipes online that can show you how to turn sea salt into a delicious frosty treat.

The measurements of these ingredients change from recipe to recipe and depend on the amount of sea salt ice-cream you are trying to make. Sometimes instead of regular sugar, people choose to add in light brown sugar. Brown sugar adds a taste of caramel to the recipe.

If using an ice-cream machine make you can follow their instructions on freezing.

There is nothing better than homemade ice cream on a hot day. So, stock up on some rock salt so that you are ready to go when the mood strikes you and your family.