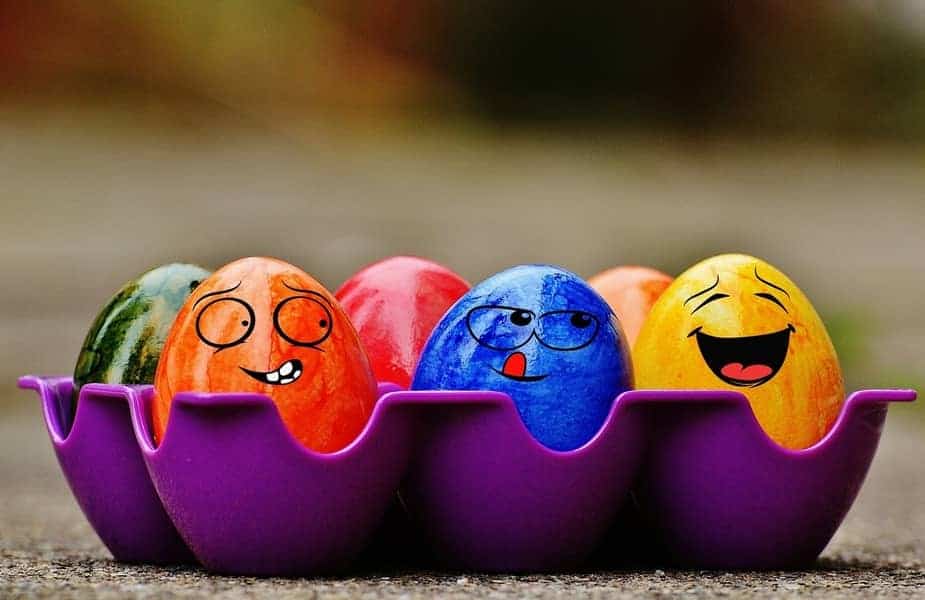 When we talk about eggs, the familiar oval-shaped ordinary chicken egg comes to mind for most of us in the western world. However, while we usually don’t associate them being food, many animals lay eggs. I recently wondered if they were all edible, so I did some research, and this is what I learned.

All eggs are not edible. While the majority of eggs from the various species, ranging from reptiles, birds, fishes, and even insects, can be eaten safely, there are definitely some exemptions. A good rule of thumbs is that if a creature is poisonous to eat, their eggs are likely poisonous as well.

Now, let’s take a closer look at the various types of eggs that you should avoid. Luckily, they are rare and probably not something you would come across even in a remote survival situation.

Why All Eggs Are Not Edible

First off, since more than 99% of the world’s animals lay eggs (due to insects making up the majority of that number), it would take a lot of time to find documented cases for every since egg in the world. Therefore, I will only be focusing on the most common kinds of egg-laying creatures, namely birds, reptiles, fish, and insects.

For birds, as of the moment, it is said that almost every egg of every species is edible at any point within the incubation period, except the eggs of Blue-capped Ifrit and Hooded Pitohui, which happen to both be native species of Papua New Guinea.

Each of these bird species is covered with batrachotoxin that they get from eating a certain kind of poisonous beetle. This means that not only are their eggs very toxic and could lead to death, but you also can’t even touch their feathers without getting exposed to this particularly strong variety of poison. Symptoms include a tingling sensation and numbness just from touching these birds.

There are no documented cases of someone dying from consuming reptile eggs. Even so, it’s better to be safe than sorry. I recommend just sticking with the kinds that are well-known to be edible. Avoid the oddball stuff and you should be fine.

The truth is that many cultures all around the world consume reptile eggs regularly. The most common being the eggs of crocodiles and turtles. Reportedly, eating crocodile eggs are not some sort of “challenge” you try just for the sake of it and are actually quite delicious compared to regular eggs.

In the Philippines, there is even a restaurant that serves crocodile ice cream, which is truly a bizarre combination that probably only a potential madman could think of, but hey, it sells like hotcakes, so it’s probably not as bad as it sounds.

On the other hand, turtle eggs reportedly have a much richer flavor than regular chicken eggs and are usually eaten after only boiling it lightly or even raw. However, there is a hint of musky aftertaste, which probably is some type of an acquired taste.

Some fish are well-known for their expensive eggs. As you probably know, caviar is literally just fish eggs obtained from sturgeon. Quite rare nowadays, these fish have been driven to near extinction due to their prized eggs.

When I was growing up, a lot of people would eat the roe (another name for fish eggs) from fish that we caught. If you’ve heard or read about roe, that’s just another fancy term for fish eggs as well.

This is not something you want to eat without specific knowledge that the type you are consuming is safe to eat. Poisonous fish, such as the majority of pufferfishes, contain a poison called tetrodotoxin. This is found in their eggs as well. To put it in perspective, tetrodotoxin is 1,200 times more poisonous than cyanide. An amount of as little as 1 milligram could already kill you.

There is also a kind of fish called Gar that are common in the Southern US. You can safely eat the fish itself but it could be your last meal if you try their eggs. Their eggs are covered with a poisonous protein called ichthyotoxin, which scientists are quite baffled with. This is because this toxin is documented to be only toxic to humans and crayfish. It doesn’t even harm their main predators, channel catfish, and bluegills. Weird stuff.

Surprisingly, there is not really much known about the edibility of insect eggs. The good news is that it’s not likely that you will partake of them often anyway. Even so, if we follow the previous pattern, poisonous creatures often have poisonous eggs as well. On the other hand, some poisonous ant species’ eggs are treated as delicacies in places such as Mexico and some countries in Southeast Asia. Maybe it’s just me, but I’ll just find something else to eat.

Do All Eggs Taste the Same?

It is a common misconception that all eggs taste the same. While they may generally look the same, especially for birds and reptiles, they have a variety of different tastes, textures, and consistencies once cooked.

A significant factor contributing to this is the various diets and environments of the different species. Even chicken eggs, which all of us are very familiar with, can have different tastes depending on the chicken’s living condition and the kind of feed it is eating. In fact, immigrants to the United States often complain about the taste of the eggs produced here.

Can You Eat a Fertilized Egg?

Typically, balut is made from fertilized duck eggs that are about 14-21 days old. The older the balut, the more apparent is the shape of the duck embryo inside, which probably will be the stuff of your next nightmare. I’ll stick to unfertilized eggs, thank you very much.

Can Raw Eggs Be Eaten in the Wild?

Raw eggs are only safe to eat if they have undergone a strict pasteurization process, according to the United States Department of Agriculture (USDA). This is because raw eggs can contain Salmonella. If ingested, tainted eggs can cause severe cases of food poisoning as well as other gastrointestinal problems.

So it is safe to say that raw eggs found in the wild are most likely the breeding ground of Salmonella. Therefore, thoroughly boil or cook all eggs that you find.

Eggs are one of the most common and healthiest foods in the world. In fact, almost every culture consume eggs in one way or another. Now you know which ones to consume and which ones to take a pass on. I hope this article has been helpful.