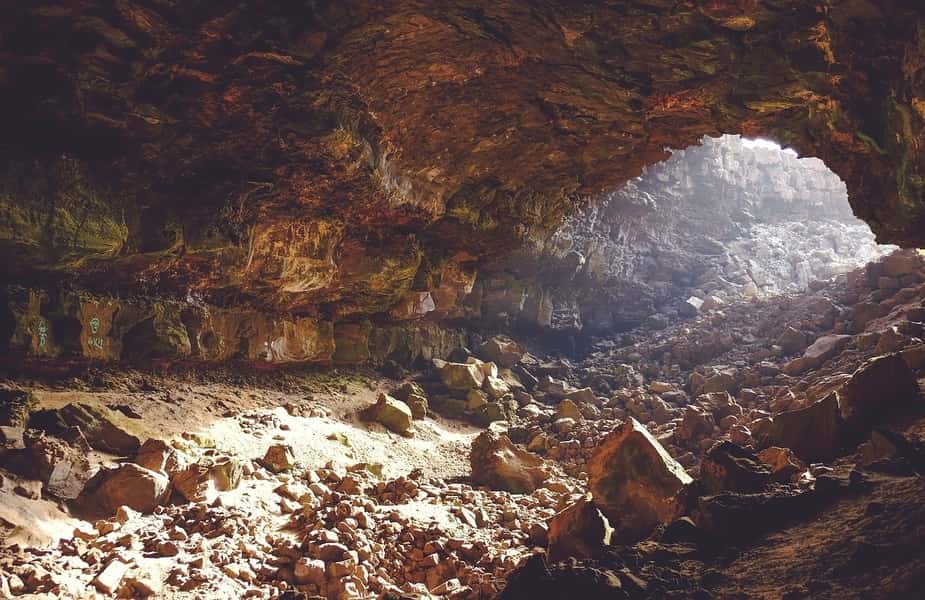 Caves are often depicted as the perfect refuge for people lost in the wild. But is this always the case?

Temperature-wise, caves can be hotter or colder depending on where in the world they are located and environmental factors such as altitude or exposure to the elements. However, temperatures in caves are normally stable throughout the year and don’t undergo drastic changes like temperatures in open environments do.

When in the wild, caves can be a great asset to your survival because they can protect you from the elements, such as the sun, wind, and rain. In addition, because cave temperatures tend to remain consistent, taking shelter in a cave could provide you with a place to rest in a stable climate.

However, the safety of a cave is relative to the environment and the circumstances of the situation. As such, there are a number of factors that should always be taken into consideration if you need to take shelter in a cave for survival purposes. Stick around for more details.

Height above the earth is not the only type of “altitude” I am talking about. The temperature of a cave can also be affected by its depth. Shallow caves tend to be more influenced by the temperature of the environment, but deeper caves can actually be warmed by the interior of the earth and can be hotter than the more shallow caves.

The direction that a cave is facing can also influence how hot or cold it is because this can determine how much sun the entrance of a cave gets throughout the day. The presence of water in a cave and the amount of air circulation a cave gets can influence its temperature as well. A cave with more water or more air circulation will normally be colder than a cave that has less water or air circulating through it.

How the Type of Cave Affects Its Temperature

The temperature of a cave can sometimes be influenced by what type of cave it is. Generally, there are seven types of caves:

Lava caves, in particular, can be colder than other types of caves because they have a tendency to trap cold air. Some caves even have permanent ice in them! In case you’re curious, lava caves are formed by volcanic activity in which the lava on the surface cools while the lava under it continues to flow. When the flow finally stops, it forms a cavity in the bedrock and creates a cave.

How Do You Survive in a Cave?

When it comes to survival in the wild, the main benefit of a cave is that it gets you out of the elements because exposure to the elements, hypothermia, and overheating are some of the biggest threats to your survival.

As such, being able to find a shelter that protects you from the wind, rain, and the sun is paramount in a survival situation. Corresponding to this, caves offer a relatively stable climate in which you wouldn’t have to worry about extreme temperature fluctuations while you sleep.

However, how safe a cave is will vary based on a number of environmental and situational factors, so there are certain things which could be essential to your survival that you should keep in mind if you find yourself need to take shelter in a cave.

4 Things to Consider When Taking Shelter in a Cave

If you need to take shelter in a cave for an extended period of time, then knowing what the temperature of a cave in your area is likely to be could be useful to your survival. It can help you with details like whether or not you need to build a fire, or if you need to worry about keeping warm or staying cool throughout the night.

However, this is certainly not the only factor that should be considered. In general, the main things that you should know about cave survival can be divided into four categories: air, water, accessibility, and occupation.

On the other side of that, some caves get too much air due to their orientation or location on the landscape. If the cave gets a lot of wind it may be more vulnerable to temperature drops, especially near the entrance. This is particularly important in regions where it can be extremely cold as this may make you more vulnerable to freezing during the night.

Another factor that is very important to survival is water, and this must be considered when taking shelter in a cave. The presence of liquid water in a cave could be beneficial because you would have a nearby source of drinking water that could be potable after boiling.

However, there would be some drawbacks to having water in the cave that you’re staying in as well. Not only would the cave be colder, but it would also be damper and animals may be more attracted to the cave because they know that there’s a water source in there.

On the flip side of that, the absence of drinking water would have an influence on your survival as well because this would mean that you would have to seek out another source elsewhere.

When taking shelter in a cave, you definitely want to make sure to choose a cave that you can actually take shelter in!

If the cave appears to have a large enough opening to be accessible, check the rocks, wall, and ground around it to make sure that it does not appear to unstable. The last thing you want is to get caved in because of some falling rocks or shifting ground!

When you enter the cave, make sure that it’s accessible on the inside too. Caves come in all kinds of shapes and you probably don’t want to take shelter in a cave that opens up onto a 30ft drop!

If you have to take shelter in a cave, one of the first things you should always do is check to see if the cave is already occupied. It is highly common for animals, insects, and reptiles to make their homes in caves and they really don’t like guests.

When entering the cave, check the ground for any remnants of animal bones or hair as this will give you a good idea about how often the cave is occupied, and if that occupant eats meat. Also, check the ground for tracks from mammals or snakes to see what kind of traffic the caves get, and look for any areas in the cave where dirt or leaves have been disturbed which could indicate that animals have made nests or holes there.

As you go into the cave, also keep an eye out for any insects, like spiders or scorpions, that could be harmful to your survival. Even if the cave is unoccupied when you enter, always keep in mind that something could come in later and could decide to make it’s home there for the night just as you did. After all, the factors that are important to you for your survival are just as important to most animals for their survival!

If you are able, try to keep a small fire going throughout the night as this will discourage animals from coming into the cave while you’re in there.

Although the main things you need to know about cave survival are related to the four categories we just discussed, there are some other tips and details about taking shelter in a cave that is important to know in a survival situation.

When exploring the beauty of the wilderness it’s good to know how to survive should you become lost or trapped. Since shelter is one of the three main keys to survival, finding the easiest refuge is often the best option. Now you are armed with the information necessary to choose whether or not to take up residence in any cave you might happen upon.

Thanks for reading and happy exploring!

Can you drink water from a cave? If you need to get water from a natural source, flowing water is your best option. Avoid water that is stagnant, muddy, or has a strong odor.

What is a cave opening called? The opening of a cave is called the “mouth” or “entrance.”