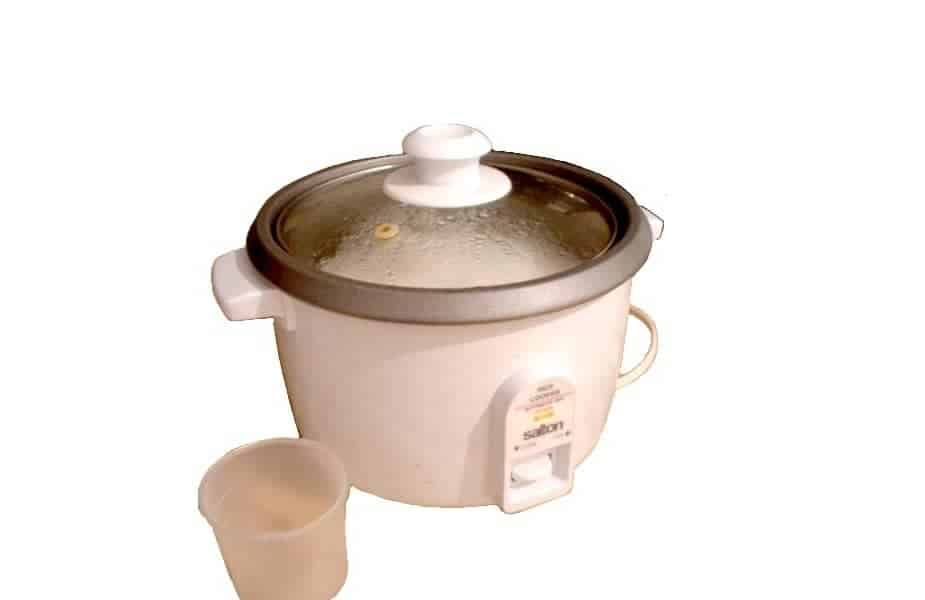 If you’re in a pinch and you don’t have a slow cooker, you’re in luck! As it turns out, there are plenty of other kitchen utensils that you can use to replace a slow cooker. However, some homeowners are trying to use rice cookers in place of a slow cooker. Are they having success or is it leaving the food undercooked?

You can use a rice cooker as a slow cooker to make a wide variety of food. To do so, you’ll have to adjust the rice cooker between the ‘warm’ and ‘high heat’ settings repeatedly. This process will ensure that the food stays above the recommended cooking range without removing the moisture from it.

Throughout this article, you’ll also learn the following information about using a rice cooker as a slow cooker:

How to Use a Rice Cooker as a Slow Cooker

Whether you don’t own a slow cooker or you want to make smaller portions, a rice cooker is almost always a viable option. In fact, there are dozens of delicious meals that you can make with it.

Here’s how to use a rice cooker instead of a slow cooker to make your food:

Making meals in a rice cooker is fairly easy. Now that you know the process, you’ll be able to experiment and see which meals work best. Keep in mind that most rice cookers only have enough space for two to three people to eat.

If you want to learn about a handful of different meals you can make in a rice cooker, read on.

What Foods Can You Put in a Rice Cooker?

Rice cookers are much more than their name seems to indicate. Sure, they cook rice wonderfully, but they’re capable of making all sorts of meals. If you’re in the mood for delicious food in an hour or so, then this will be the perfect section for you.

Try these quick and simple recipes the next time you want to use your rice cooker:

As with all styles of cooking, it’s easy to assume that things might go wrong. Have no fear! Below, you’ll find a handful of common issues and how you can prevent them from happening.

If you’re tired of baking your food to the bottom of your rice cooker, then something’s got to change. The most common reason for this issue is that there’s no enough moisture in the pot. Add a bit more water to keep your food hydrated.

Undercooked food is an issue as well

The cause of undercooked, stale food is often due to either too many ingredients added to the cooker or too much moisture. As you can see, the only downside of using a rice cooker as a slow cooker is that they’re very demanding when it comes to ingredient ratios.

Never walk away for too long

After you’ve read this article, there’s no reason that you can’t use a rice cooker to make your favorite slow cooker meals. As long as you get the ingredient ratio correct and follow the aforementioned step-by-step process, you’ll be all set with delicious meals for years to come.