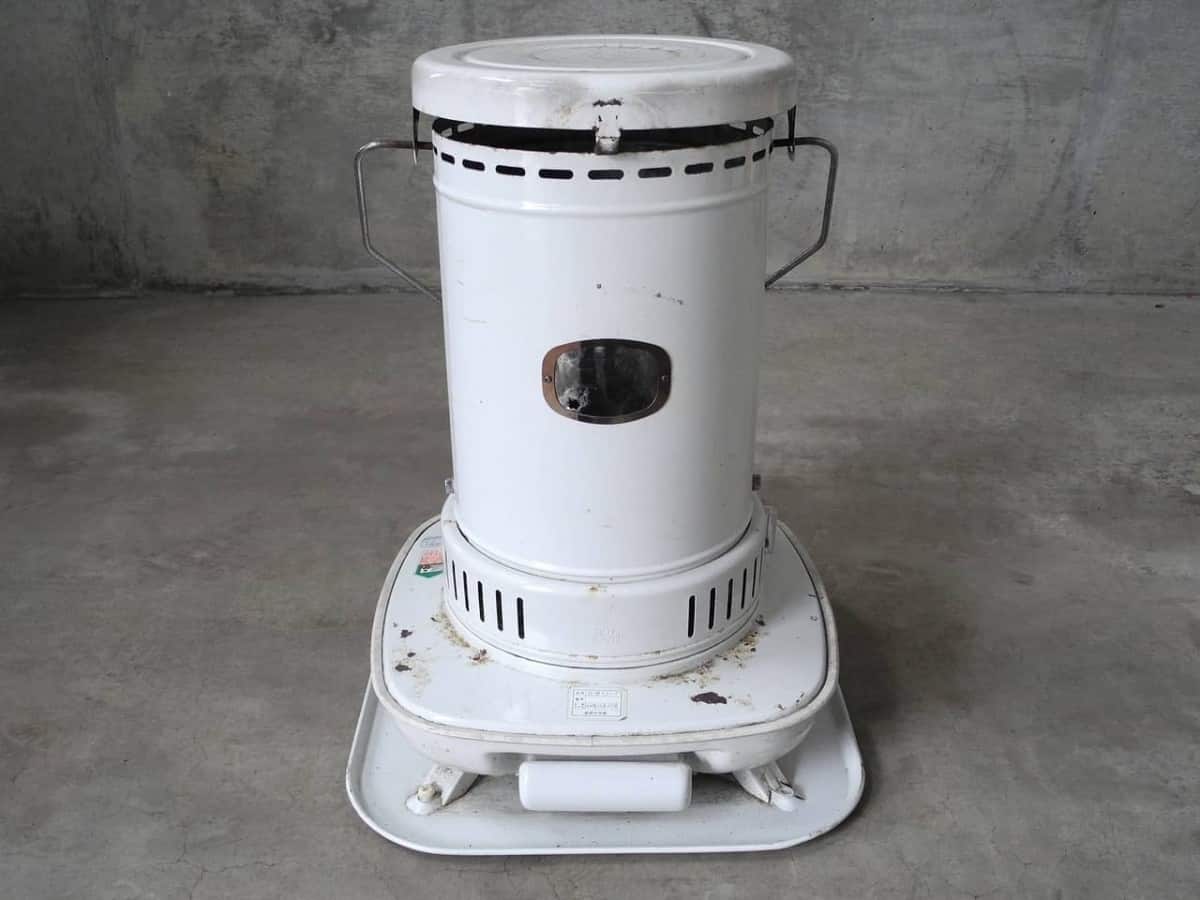 Whether or not you can burn alcohol in a kerosene heater or lamp is a common question when the kerosene supplies start running low. This is especially a concern if you are stuck at home during a blizzard or simply don’t want to make a supply run just for one item. I’ve learned a lot about fuel sources in my time and can give you a definitive answer.

So, can you burn alcohol in a kerosene heater? Alcohol should not be used in a kerosene heater or lamp. Alcohol, i.e., ethanol, is too volatile and burns too quickly to use in its place safely. However, if properly calibrated it is technically possible to use alcohol with a kerosene heater, but it should only be done as an absolute last resort.

Kerosene heaters are essential sources of heat around the world. Often, though, this fuel can be scarce or expensive, and an alternative to existing in the cold might be to turn to alternative fuel sources to keep your heater going, like alcohol. Unfortunately, alcohol is quite a different fuel from kerosene and, as such, isn’t a safe alternative.

Why You Should Only Use Kerosene

Sometimes, you are desperate for heat, and you have run out of kerosene. It can happen in a volatile global market, and price fluctuation can make kerosene too expensive for some families. It is tempting to seek an alternative fuel source to keep yourselves safe and warm. Can something other than kerosene be used?

Unfortunately, kerosene heaters are designed specifically for this fuel and aren’t safe to use with anything else. Kerosene heaters and lamps use a wick, usually something like a DH-145, made from fiberglass or cotton to draw the fuel out via capillary action.

Once lit, the kerosene is heated, creating a gaseous mixture that then burns. You need to control the height of the flame so that it will adequately oxygenate, allowing the kerosene to burn cleanly. If you do not, then the air will fill with partially combusted hydrocarbons that, if inhaled, will seriously damage your health.

The heat produced will then heat your space via convection or radiation to close objects. To maximize the heat dispersed, the wick in a kerosene heater or lamp has a large surface area, which always allows ample kerosene to be available to burn.

By design, a kerosene heater is optimized to use only kerosene as its fuel source. If you chose to use anything else, such as alcohol, you would need to replace and reposition the wick to limit the amount of fuel touching the flame at a given time and replace the burner as well. You also need to ensure your fuel is clean and can burn cleanly in a reasonably unventilated space. After all, kerosene heaters are used in homes and are not intended to have flues or windows open to allow smoke and soot to escape.

The Differences Between Kerosene and Alcohol

To understand why kerosene and alcohol are not easily interchangeable fuel sources, we need to understand the difference in their properties.

Kerosene is a combustible hydrocarbon that is derived from petroleum and has been around since the 9th century. Kerosene is also known as lamp oil or paraffin in other parts of the world. It is used as a fuel source in many homes for heat and cooking and is commonly utilized by the aviation industry in jet engines. It is mostly comprised of small molecules that are 10-16 carbons in length.

While alcohol is any compound with a hydroxyl functional group (oxygen and hydrogen pair that make an -OH group). However, when we consider alcohol as a fuel, we are talking about ethanol (ethyl alcohol). Unlike kerosene, ethanol can be produced by renewable energy sources, through using the process of fermentation from sugars with yeast. Pure ethanol is far smaller than kerosene and is only two carbons in length.

Due to the smaller carbon chains in ethanol, it is far more volatile and will burn much faster than kerosene. As a result, ethanol is around 45% less efficient than kerosene. Typically, a gallon of kerosene contains 135,000 Btu, whereas, an equal volume of ethanol only has 76,000 Btu. Consequently, you will need far more ethanol than kerosene to heat the same room for the same time. Even combining ethanol and kerosene to create a 5% by volume ethanol mixture will have a noticeable negative effect on the heat produced by your heater.

While a kerosene heater or lamp can technically be altered to use ethanol as a fuel source, as ethanol will wick and evaporate, ethanol burns too rapidly and is far too volatile to be used safely in this manner.

The only fighting chance you may have is if you use denatured alcohol, like this brand found on Amazon. It is specially designed to burn clean, smokeless, and odorless.

We all know that kerosene heaters and lamps are popular in homes throughout the world, although most Americans only use them during power outages. However, in some places, like Japan, they are the primary source of heat in most homes. They are efficient at heating larger spaces and can run on batteries, so they are portable too. This makes them an excellent choice for heating areas like garages, workshops, as well as homes.

In this article, we have covered how kerosene heaters are specifically designed to burn a clean fuel that evaporates slowly. Ethanol is far too volatile, doesn’t burn with a large flame (wick too big), and due to its short carbon chains, will burn too quickly to be substituted.

Therefore, for your personal safety, it is best only to use kerosene in these heaters as intended. Besides, alcohol is 45% less efficient than kerosene anyway. I hope this helps you make a wise choice when it comes to your fuel needs. Thanks for reading!

If you happen to be in the market for indoor heating supplies, here are a few I recommend:

Can You Burn Diesel in A Kerosene Heater?

Diesel will wick like kerosene; however, it does not evaporate, which is how kerosene heaters work. Diesel fuel also does not burn well. A pool of diesel will not ignite if you throw a lit match onto it. Instead, diesel needs to be a mist to burn, which is why diesel cars use a fuel injection system. Furthermore, diesel does not burn cleanly the way kerosene does and will release particulates into the air. If you burn diesel fuel indoors, you are essentially killing yourself and others slowly. So, no, you can’t use diesel in a kerosene heater.

What Is the Difference Between 1-K and 2-K kerosene?

When kerosene is distilled from petroleum or shale, it forms a clean oil that is relatively safe to burn. There are two types of kerosene sold: type 1-K and type 2-K. Most kerosene heaters use type 1-K kerosene, which has been refined to only have 0.04% Sulphur by weight content. It is processed to such a low sulfur content to protect children, pets, and adults with respiratory problems from any side-effects of inhaling copious sulfur. Type 2-K kerosene has a significantly higher sulfur content of 0.30% by weight. It is only recommended for heaters that have a flue. They will also need regular maintenance as the wick will clog up quicker. When kerosene doesn’t wick properly, soot builds up, increasing flammability. Most heaters will explicitly state that only type 1-K should be used with them.

Can You Get Carbon Monoxide Poisoning from a Kerosene Heater?

Yes, you can get carbon monoxide poisoning from a kerosene heater. Kerosene is a hydrocarbon, meaning it needs plenty of oxygen to burn efficiently. When appropriately used, kerosene will burn to produce carbon dioxide. When oxygen is limited, kerosene will instead produce carbon monoxide, which can lead to death if the toxicity is severe. To protect yourself from this, make sure the heater isn’t used in a small, closed room. The more circulation available, the safer you will be. Always check the heater frequently for signs of soot or smoke. If detected, turn it off and clean the wick. Replace it if necessary. Never sleep with a kerosene heater on so you can watch it for signs of malfunction.

link to Can You Make Kerosene At Home? | With 3 Alternatives

Since the middle half of the 19th century, kerosene had been an integral part of many households. Even today, it is estimated that around 500 million households still use kerosene for their everyday...

Continue Reading
link to Can You Use Diesel Fuel in a Kerosene Heater?

Whether alternative fuels like diesel can be used in a kerosene heater is a common question that I get. Running out of kerosene on a cold day or night is a major inconvenience and often you just...