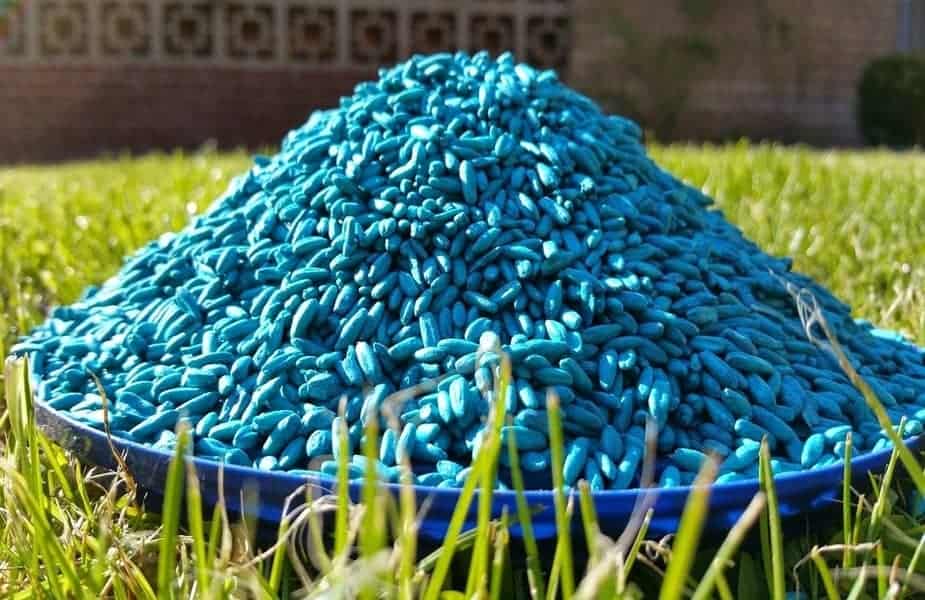 One of the most primitive and effective ways to control rodents is through good old poison mixed with bait for them to munch on. Although this might sound gruesome and inhumane, it’s probably the easiest way to slow down their almost infinitely growing population. But does it last forever, or does it expire after some time? I did some research, and these are my findings.

Rat poison does expire and degrade because it is typically made from organic materials with a shelf life. Even so, rat poison may remain potent after expiration but will slowly become less effective through time. As the poison deteriorates, it will often become less desirable to rodents.

Now, let’s dive into the details and answer a few more questions that you might have.

How Long Does It Take for Rat Poison to Expire?

Rodenticide, or rat poison as it is commonly known, are types of chemicals specifically used to control the rat population. They are typically in the form of a food bait and are not the type of poison that can kill immediately. On the contrary, the chemicals in these baits had been designed to kill rats a few days or even weeks after ingestion to prevent them from getting suspicious of the stuff you’re putting out for them.

However, just like almost anything in this world, rat poison does not last forever, and depending on the type of chemical and other ingredients used, the bait can go bad over time.

Usually, once a pack of rat poison is opened, it can go for as long as a year before going bad if the bait is kept in an airtight container. On the other hand, the bait you’ve put out in the open should generally be changed after about every month.

Do not be careless, though. Just because the bait had already gone bad, it does not mean that the poison inside it did as well. Never use your bare hands to clean up the expired rat poison bait. If you’ve had direct contact with it, thoroughly wash your hands with soap and running water as the chemicals inside the bait only needs a small dose to be lethal to even humans.

What Happens When Rat Poison Expires?

Rat poison starts to rot after some time and will become less appealing to rodents. In fact, when an expiration date is set for rat poison, it does not refer to the chemicals but instead only refers to the packaging and the materials used in making the bait.

However, even if it is already past the expiration date, rat poison can still be used but expect that it won’t be as effective as it was before. Rats can be extremely picky and cautious in terms of food, which could be counted as biological compensation for their inability to vomit. Hence, an expired bait for them would be as appealing as a spoiled leftover food to us humans.

Nonetheless, some rats would still be brave or stupid enough to try out the bait even if it has already expired and would still die due to it but don’t expect the number of kills to stay the same. If a fresh rat poison can kill rats eight out of ten times, then you can consider yourself lucky if you can fool four out of ten rats with expired ones.

Does Poison Lose Its Potency?

Depending on the chemical composition and how the poison is stored, it may or may not lose potency and might even degrade into more dangerous chemicals. In the case of rat poison, coagulants such as warfarin and zinc phosphide are the ones that are commonly used and typically start to degrade after a few days or months in bait form.

However, do not let the word degrade fool you since, even in their degraded state, these chemicals are still considered toxic to humans.

Objectively speaking, popular brands of rat poison should become less harmful as time goes by, which, if it does, can no longer be considered effective and should just be discarded.

However, since we are talking about lethal substances here, never assume anything and safely discard them in such a way that your pets, kids, or anyone else cannot reach or have direct skin contact with it. Although rat poison can theoretically still be used past its expiration date, there’s no reason to risk yourself and all those around you at all if you have the choice.

What Is the Best Way to Store Rat Poison?

To slow down the expiration of your bait, make sure that your container has an airtight seal. It is recommended that you use a cabinet that you can lock up so that only you or other people you trust can open it. It should never be accessible by your pets or children.

Rat poison, or any lethal substances for that matter, should be kept in a location where only a limited number of people could have access.

Rats are probably one of the most hated creatures on the planet, and there’s a good reason why. When our ancestors were still rock-banging cavemen, rats already existed and had been as annoying as they are now. They keep eating our food, destroy our properties, and bite our bodies, which has a very high chance of transmitting the contagious diseases they are carrying. Remember the black plague? It would not have been as deadly if it were not for these pesky creatures passing along the fleas.