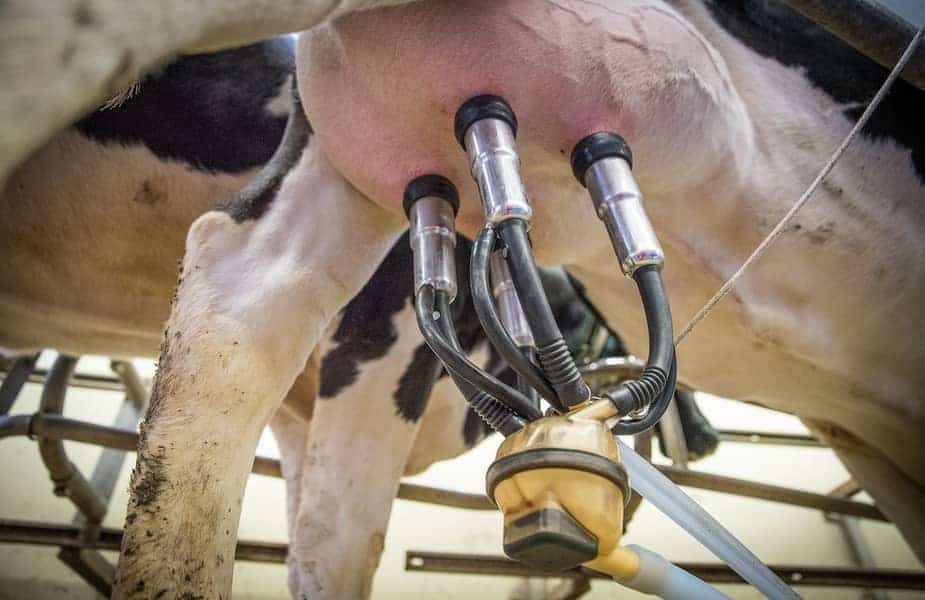 If it seems that the price of milk has gone down in the past few years, it has. Although that’s good for you, the consumer, does that hurt the dairy farmer?

It’s a wonder that any dairy farms exist. We will explain how much a dairy farmer makes, how milk prices are set, and what could be done differently to help dairy farmers survive.

How Much Does a Dairy Farmer Make?

Answering the question of how much a dairy farmer makes is not as easy as other professions. Some professions get paid an annual salary. Teachers, for example, know what they will make each month. Other people get paid by the hour, so if they work forty hours a week, they know what their paycheck will look like.

Determining how much a dairy farmer makes is more complicated, so let’s break it down several ways:

What Is the Hourly Pay?

According to salary.com, on an hourly basis, a dairy farmer makes between $21 and $25. However, the website payscale lists the average salary at $13.25, and careerexplorer says the average is $12.72. That is quite a range.

Perhaps we should explore the pay another way.

What Is the Annual Salary?

We find the same lack of consistency when websites list annual salaries.

Salaries vary from region to region, of course. Zippia lists the highest salaries in Ohio (30k) and the lowest in California (20k). But why are the averages so different?

Perhaps because these recruiter companies cannot agree on what makes a dairy farmer, for example, Zippia includes Frozen Food/Dairy Associates at grocery stores as entry-level positions. ZipRecruiter does the same thing.

By drilling down a little further into the stats, Zippia lists annual salaries for a milker separately:

We can at least use these ranges to figure out how much the person who milks the cows makes.

How Much Profit per Cow

Profit is how much is left after you pay the bills. If you know how much profit a farmer makes from a cow, you will have an idea of what the farmer has left. The variability with prices is due to the size of the farm.

Mid-sized farms make less profit because they are too large to be run by a family but not large enough to benefit from economies of scale.

There are many other ways to analyze prices. For example, if you are running a high-profit farm, your profit will be $17.66/cwt or 17.66 per 100 pounds. But we do not buy milk by the pound.

So, how much does a farmer get for a gallon of milk?

What Is the Price per Gallon

On average, it costs a farmer $2.00 to produce a gallon of milk that you pay $3.50 for. Consider all the people who must get paid—the dairy farmer, the trucker who delivers the milk, the grocery store that keeps it cold, the stocker, and checker—the additional mark-up seems reasonable.

Here’s the kicker, though: the farmer gets $1.45 for that gallon of milk.

This raises two questions: Why does the farmer get less for the milk than it costs, and how does a dairy farmer stay in business?

The dairy farmer gets less for the milk because of the system in place to price dairy.

How Are These Regional Prices Set?

The USDA’s regional prices are based on a system known as the Federal Milk Marketing Order (FMMO). The FMMO breaks the country into different regions, and each area has different prices.

The goal of the FMMO, when it was established in the 1930s, was to help dairy farmers who were dealing with low dairy prices. Prices are set by two factors—the quality of the milk and the total amount of milk in a region.

Milk is broken down into four classes:

The producers then report to the FMMO how many milk products they have sold and at what price. A set of formulas is then used to set minimum prices for each class of dairy product.

The goal of the FMMO was to help farmers, and although it did so at the time, mega-dairy farms did not exist when it was created. One-third of all milk sold now is from dairy farms with over 2,500 cows. Go ahead and imagine 30,000 cows on a farm—farms that large exist.

How Does a Farmer Stay in Business?

With prices that low, it’s difficult to imagine how a farmer stays afloat. Many can’t and go into bankruptcy, sell their farms, or switch to get out of dairy farming.

Even though we have lost that many dairy farms, milk production has not gone down for two reasons. First, individual cows are producing more milk. Second, farms are growing larger. Unless a farmer can grow larger, reduce costs, or diversify, it becomes more and more difficult to be a dairy farmer every year.

How Can Dairy Farmers Survive?

Those dairy farmers who have not sold their farms have chosen several ways to stay in business:

What Can Be Done?

Consumption of some dairy products has fallen dramatically. In the 1970s, consumers drank around 250 pounds of milk a year. By 2018, we were drinking 100 gallons less.

That does not mean we are consuming less dairy. We’re drinking less milk. The total consumption of dairy products has increased from 540 pounds a person in 1975 to nearly 650 pounds in 2018. We are drinking less milk but using more butter and eating more cheese and yogurt.

One thing we can do then is to continue buying dairy products.

The other is to advocate for changes in how dairy farmers are paid. Perhaps we should move to a supply management policy. Such a policy would focus on managing the supply so that there is not so much that prices are kept artificially low.

Farmers in Canada are using such a system, and although milk costs slightly more at the grocery store, Canadian taxpayers are not paying additional taxes to bring up milk prices. Also, Canadian dairy farmers make enough money that they can afford to keep their farms, avoid going into debt, and even take vacations.

Because farmers get paid less for a gallon of milk than it costs them to produce the milk, it is becoming more difficult for a dairy farmer to keep the farm going. They are at the mercy of the producers who set the prices based on a formula that gives larger farms an advantage. If dairy farmers could change to a supply management system, they would make more money, and we would pay only a little more for milk.

Until that happens, buy local if you can and do not forget to put butter and cheese on the grocery list.

Be Sure to Check Out These Related Articles