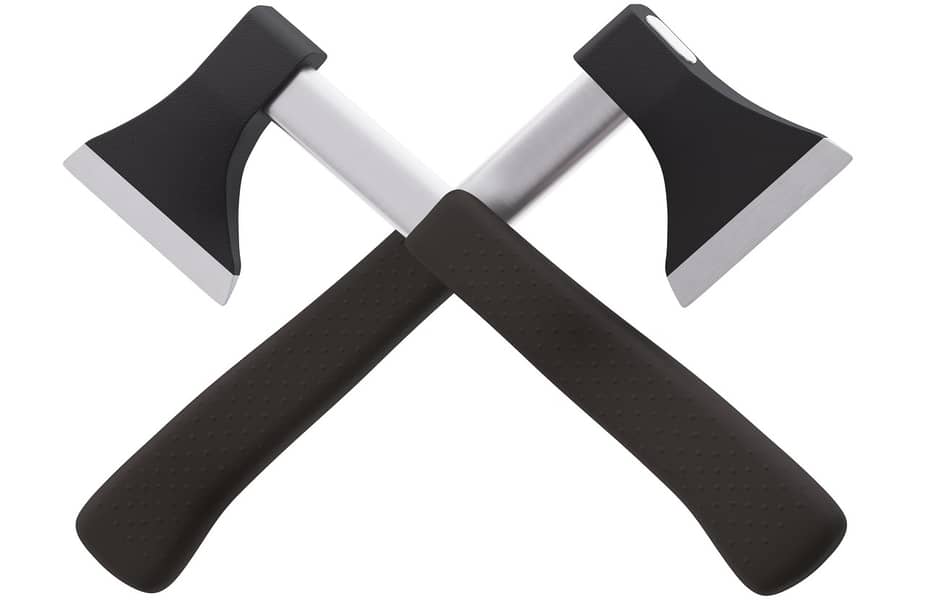 and wondered if it would be okay to carry around outside of my own property. I know state laws can vary wildly with other weapons, so I wanted to be sure I was on the right side of the law. I did some research and this article covers what I learned.

It is legal to carry hatchets openly in some states while others ban the possession of it outright. Typically, if you can prove that you are only using them as tools or props for a profession and not for malicious intent, you can legally have a hatchet on your person in most circumstances.

Please keep reading as I will cover the additional details you should know about.

Legal Details for Carrying a Hatchet

In the United States, as of this article’s writing, there is only one federal law about bladed weapons, which is the Switchblade Knife Act of 1958

, which was also revised in 2009. This act prohibits the carrying (whether concealed or open) of any types of switchblade knives, which is the common term used for knives with a folding mechanism where a push of a button can release the folded blade.

So it’s pretty easy to think that since hatchets are not explicitly mentioned in the existing federal laws, carrying them openly or concealed is completely fine. However, don’t forget that federal regulations can be much different across the various states.

And, even if there are no existing federal laws that are outright implicating even just the possession of hatchets, different states have their own rules about these types of tools or weapons (depending on your perspective) in general.

Important: Hatchets can be considered as a form of a deadly weapon, which ultimately lies on the discretion or interpretation of the officer that is questioning you. Circumstances matter, but you might get into trouble if you are just a regular civilian who has really no reason to carry it at all. Hence, you must be acquainted with your own or other state laws beforehand

if you plan to visit other states before you carry any sort of bladed tools such as hatchets.

Most states allow the ownership of fixed blades, such as tomahawks or hatchets. Here are some examples of how laws can vary:

Tip: While it is often okay to carry a hatchet on your person in a particular state, there will be places such as schools or federal-owned establishments that might have their own rules about it. Before you take any type of weapon anywhere, I recommend that you call the local sheriff’s department to find out if it’s okay.

Bladed tools such as hatchets have never really been considered as of a US citizen’s right to keep and bear arms, so it follows that existing laws about them are pretty much downright bizarre at worst or just vague at best.

Furthermore, hatchets are not even mentioned explicitly in any federal laws or state laws, which further adds to the confusion. However, even if that is the case, you can always ask your local authorities beforehand if you have any plans to conceal carry it with you for whatever reason you might have so that you won’t learn about it the hard way.

Depending on what state you are in, you can openly carry different types of hatchets and axes on your own person but concealing it is another subject matter. Many states only allow firearms on their concealed carry permits. Although some states do allow it, the details are pretty vague, which might get you to end up in a troublesome situation with the authorities.

Can I Carry a Hatchet in My Car?

Carrying a hatchet in your car can be considered as concealing it as well in many states, which could get you in trouble depending on how the officer searching you interprets the existing laws.

Since there’s still pretty much no concrete bladed weapons laws in the United States, you should just leave it behind if you have no strong reason to carry it. However, if you have a pretty much strong defense on how you are only using it as a tool, especially it is part of your profession, you can get a pass virtually anywhere. There are always exceptions, however, so make 100% sure before you throw it in your center console.

The bottom line is that vagueness and ambiguities rule the day when it comes to carrying a hatchet or any other bladed weapon around. The good news is that you can find out the stance of the local authorities with a simple phone call. Just let them know you are a survivalist, hunter, whatever and you want to keep your hatchet in your car. They will almost always be happy to explain the local laws to you.