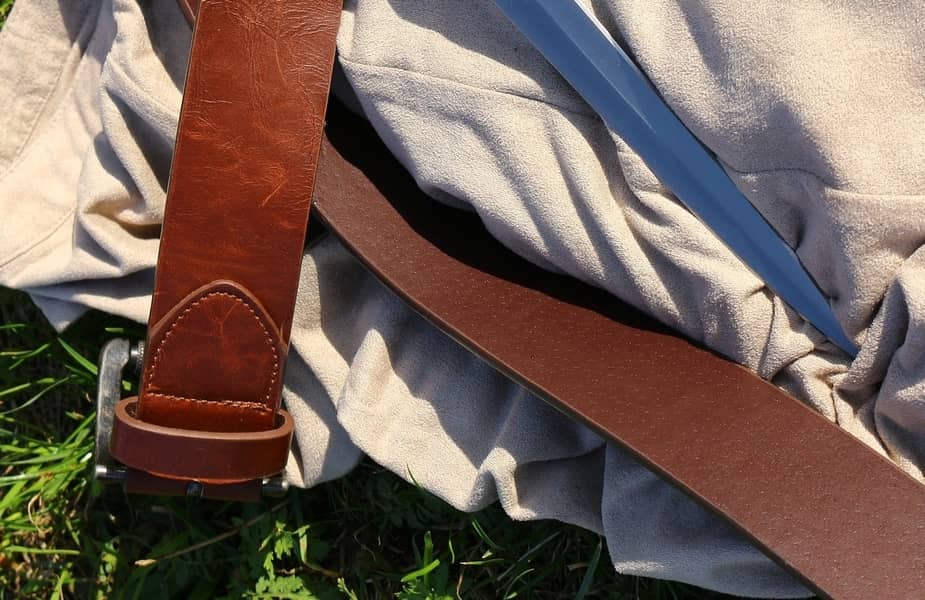 Common sense tells us that carrying a knife depends on where, when, and how you are doing it. No one would think twice about seeing a hunter with a 14″ blade on his hip in the woods. However, if you saw a masked person in an all-black outfit wearing the same blade in a convenience store, you’d probably run the other way. So, what does the law say about how knives should be carried?

Whether it is legal to carry a knife on your belt varies by location. Factors that affect the law include knife length, type, as well as how it is carried, and the context. For example, when hunting, a certain knife on your belt may be legal, but it may be viewed differently if loose in a vehicle.

Let’s go through the various factors to consider, and I’ll tell you how to easily find out what the laws are in your area. That way, you can make an informed decision on how you should carry your blade.

The law will often make a distinction between ownership and carrying. In general, almost any knife can be owned. If ownership is prohibited, you are violating the law even if the item never leaves your home. Carry laws refer to what you can have on your person (or in your car, etc.) outside of your home.

This is a complicated term, where the definition tends to vary with each statute it’s included in. Making things even more difficult is the fact that manufacturers have often issued products designed to get around the specific wording in legislation. The Federal Switchblade Act, first enacted in 1958, refers to knives that open automatically via hand pressure, a button or device in the handle, inertia or gravity, or a combination of inertia and gravity.

The Federal Switchblade Act, as well as several state laws, exempt this type of knife, provided it has a “bias toward closure.” This means that a knife, when partially open, will tend to close if the blade is released. There are several mechanisms that create this, including slip joints, lock backs, spring-loaded liner locks, and the Avis lock. There is no specification for the amount of bias required.

Many statutes will refer to blade length when determining the legality of a knife. According to the American Knife and Tool Institute (AKTI), the standard measurement should be made in a straight line from the tip of the blade to the most forward aspect of the hilt/handle.

How You Can Carry Knives

There are three basic physical methods of carry for a knife on one’s person:

Sheaths will often vary in name and design based on where they are designed to be located and the knife’s orientation when sheathed.

Just as with firearms, laws vary state-to-state regarding what is preferred or permitted. Some do not specifically delineate the permitted method of carry, others do. It is imperative that you know what manner of carry is legal in your area. Go here to look up the knife laws of your stat and keep it handy as you read on.

Can I Carry a Knife in My Car?

A knife kept in a vehicle is often as well-regulated as a knife kept on one’s person. Some statutes permit a knife to be carried on one’s person, but not, say, stored under a vehicle’s seat. Again, knowing what regulations apply in your area is key to avoiding problems.

The “Federal Switchblade Act,” as amended in 1986, prohibits carrying knives in specific federal locations, such as courthouses and military bases.

Federal law also restricts the sale, interstate shipping, importation, or possession of knives within in particular federally controlled territory (such as federally owned or Indian lands as defined by federal law), except by law enforcement or military personnel.

The definition of switchblade has come under dispute on several occasions, resulting in seizures of shipments from U.S. manufacturers and distributors.

For instance, Tennessee permits individuals to carry any type of knife, concealed or openly, without restriction. Even so, certain knives are not allowed in schools or courthouses, and criminals may face additional penalties if they use a switchblade in the commission of their crime.

On the other side of the spectrum is California, with some of the country’s strictest weapons laws. California permits the purchase and carry of most knives under two inches. It also allows Bowie and “large” knives, although it does not specify what constitutes “large.” Also prohibited in California are misleading knives (penknives, lipstick knives, cane knives, etc.), dirks, stilettos, daggers, ballistic, or throwing knives. Also, any knife that cannot be detected by a metal detector is prohibited.

States With the Most Lenient Knife Laws

The most knife-friendly states include Georgia, Texas, Utah, Kansas, and New Hampshire.

States With the Most Strict Knife Laws

Aside from federal and state law, many city dwellers will also have to be concerned about local ordinances when it comes to carrying a knife.

Things to Keep in Mind

The onus is on you to know the law.

It is always a good idea to be sure that the knife you’re about to secure on your belt isn’t going to earn you a stay behind bars or a hefty fine. While good sources of state-specific information exist on the internet, such as the American Knife and Tool Institute, going to the source is probably the best bet.

Search for your state’s Department of Public Safety or equivalent by just typing “Department of Public <your state>” into Google. If the info isn’t clear on the site, give them a call and ask about the type of knife you’re interested in, whether it is legal to carry, and whether the location and method considered is legal.

Also, ask them if there are local laws in the area you plan to travel to. If they are not sure of the local laws, contact the city in question. A five-minute phone call may save you a lot of headaches down the road.

Most of all, use good judgment. After all, just because you can carry it doesn’t mean you should. Even if you are legally carrying, just as with a pistol, you’re not guaranteed that people won’t complain. This is especially true when practicing open carry if you’re going into an area that is likely to be filled with reactive individuals, carry concealed (if legal), or perhaps not at all, depending on the situation.

Most states make it an issue to carry a knife while under the influence.

If someone contacts the police and an officer comes to speak with you about the knife you’re carrying, cooperate, provide requested ID and information, and don’t overreact. Keep your hands away from your knife when talking with any law enforcement officer. Remain calm and remember – you can always remedy a misunderstanding later in court. It’s a lot harder to do that if someone is hurt or killed.

Within the last few years, many states have removed or altered restrictions on the size and type of knife permitted.

Important: Even if you think you know the law, check again before carrying your knife out in public. If you haven’t checked in a while, do so again.

The theme of what I learned is that knife laws can vary wildly from state to state. Do your own research and always err on the safe side. Once you know the law, you can (hopefully) proudly carry your blade around on your belt.