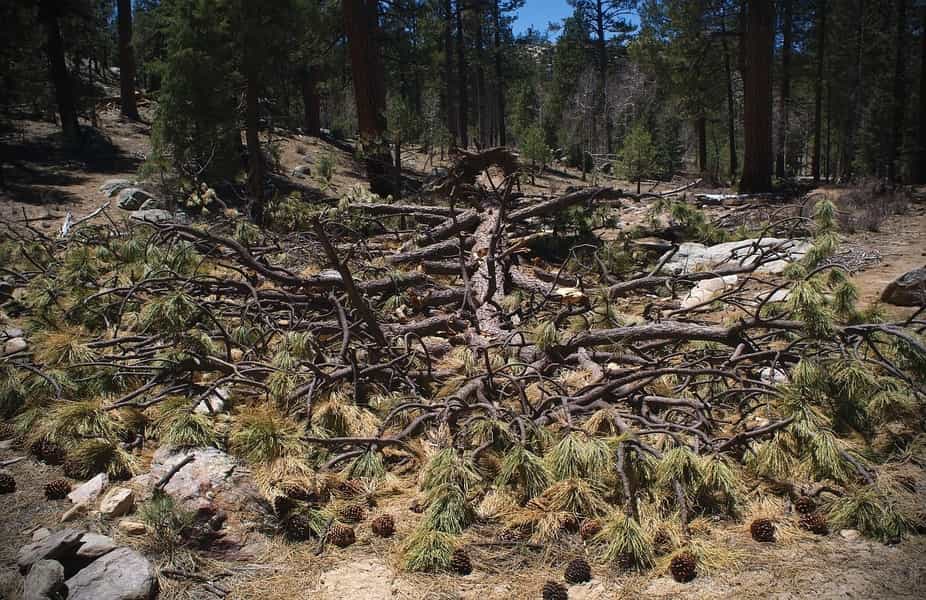 Wood has always been one of the most widely used sources of thermal energy and fuel. Wood fuel can be obtained from burning any type of wood, but with the existence of over 60,000 species of trees around the world, there’s bound to be some types of wood that are far more efficient for generating heat and fuel than others.

Pinewood is usually good for firewood. However, it is categorized under a type of wood known as softwood. Although pine is used for many purposes in carpentry, it may not be your go-to wood if you want to get a good fire burning in your fireplace.

It is a known fact that fire can be generated through burning literally any type of wood, but if you are looking for the most energy-efficient wood to burn, Pine may not be your best choice, especially if you plan on using it inside your house. This article will explain the many reasons as well as the situations where pinewood may or may not be a good idea to be used as firewood.

Can Pinewood Be Used As Firewood?

In short, the answer is yes, the wood of pine trees can be used as firewood, and it is extensively used as firewood in areas where pine trees grow in bountiful numbers. Moreover, it is commonly used to start bonfires by campers while camping and during other outdoor activities.

Pine can also be used as a kindling agent as it is easy to split and its resinous and fibrous elements make it convenient to start a fire with. This is another reason why campers love using pinewood: it’s much easier to work with when compared to hardwoods.

With regard to using it inside your home in your fireplace or stove, it may not be your best option as it is a softwood (Coniferous trees), which does not generate as much heat energy as the wood that belongs to another category of wood known as hardwood (Deciduous trees).

What Are the Cons of Using Pinewood As Firewood?

Although pinewood can be used as firewood, the following list explains why it may not be ideal to use it indoors in your fireplace or stove:

Can Burning Pinewood Indoors Be a Safety Hazard?

A major disadvantage of burning pinewood indoors is that it causes the buildup of a flammable element called creosote in your chimney, stove, or fireplace. This substance is formed due to the wet elements such as sap and resin present in the wood. These non-combustible elements later stick to the walls in the form of residue.

Important Warning: Pinewood contains sap pockets that often explode, thus leading to sparks that can cause a house fire. Pinewood also produces a lot of smoke, which is another reason why it is not advisable to be used indoors.

What Precautions Can Be Used While Burning Pinewood Indoors?

It is advisable to have your chimney often inspected to check for creosote deposits that will inevitably collect there. It is also safer to make sure you contain the embers that pop due to the sap content in the wood. This can be done by installing a chimney cap along with a spark arrestor, which will make sure the embers do not fly out of the chimney system.

Are There Any Advantages in Using Pinewood As Firewood?

Even though pinewood may have seemed like a bad option to be used as firewood thus far, the following list explains why it still has some advantages that may even make up for its many drawbacks.

What Are the Best Alternatives to Pinewood?

There are a number of woods that are far more efficient as firewood than pinewood. Typically, softwoods are known as lumber woods and hardwoods are used extensively for firewood.

Pinewood is popularly used for making furniture, wooden flooring, and other woodworks. The density of hardwoods renders it long-lasting as its combustion rate decreases, and it also generates more heat energy than the wood obtained from softwood trees. It has the least amount of pitch and sap, making it a whole lot safer and cleaner to use.

The following list consists of the best woods that can be used as firewood that have been categorized based on the heat energy they give per cord of wood, which makes them more efficient than most. They are:

The only drawbacks are that you will have to haul in a lot of wood to keep the fire going while also keeping an eye on the sparks that will fly from the wood, and as long as you remember to clean your chimney whenever the residue of the creosote increases, you should be able to avoid any chimney fires. But apart from these drawbacks, pinewood can most definitely be used as firewood!