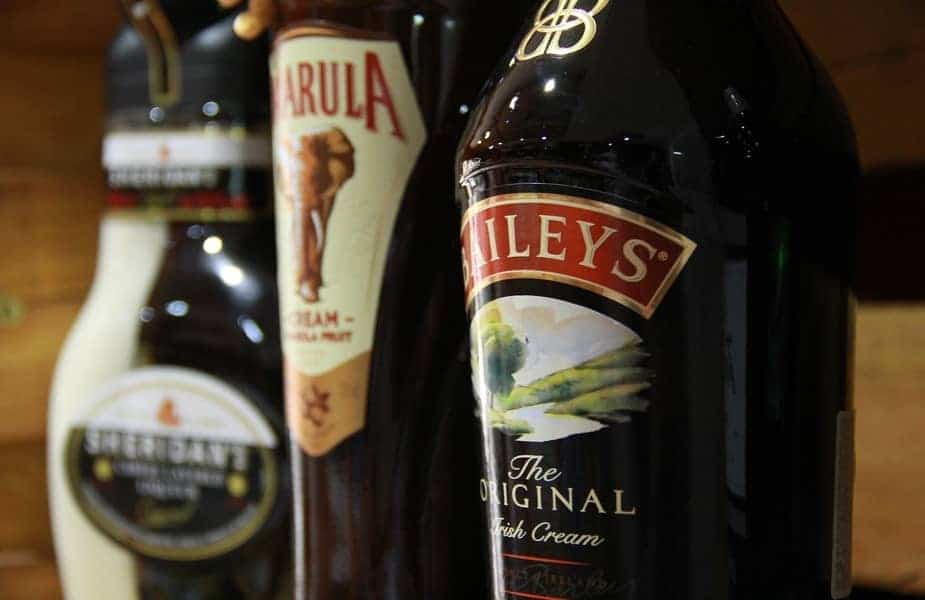 We all know that a bottle of liquor or liqueurs can last a long time, but whether or not some should be refrigerated is a good question. The key is to know what is in your liquor so you can know how to store it. I was a bartender many moons ago, have looked deeply into the topic, and can give you a definitive answer.

Hard liquors like vodka or liqueurs like Baileys Irish Cream don’t have to be refrigerated. You just need to store them in a cool, dry place away from heat and sunlight. You can also store them in the refrigerator or the freezer if you prefer to serve them chilled without ice; the high alcohol content will prevent them from freezing.

Proper storage will prolong the life of your unfinished liquor, so you don’t have to drink it all at once if you don’t want to. Read on so you can make sure you know the difference between liquor and liqueur, and how to properly store them.

Liquor vs. Liqueur: The Key Difference

Liquor and liqueur are quite similar but have one key ingredient that makes them very different: sugar.

Liquors are distilled, which means ingredients such as water have been removed in order to create a higher alcohol content. In North America, distilled liquor is referred to as “hard liquor” to distinguish it from other alcoholic beverages.

Types of liquor include vodka, whiskey, mead, rum, brandy, and tequila. Liquor usually has an alcohol concentration of at least 30%, which is why it is usually referred to as “hard.”

Liqueurs, like Pimm’s, St. Germain, or Campari, are liquors that were made with sugar and other flavors added to them. Herbs, spices, and fruits may be added for flavoring. Liqueurs may be referred to as schnapps in the United States.

Liqueurs also have a high alcohol content but are sometimes lower than hard liquors. The alcohol concentration is typically over 20%. Although this is lower than liquor, it is still considered to be a hard beverage.

How Should Liquors Be Stored?

Liquor Can Be Stored at Room Temperature

Even after you open it, it’s okay to leave liquors and liqueurs out. The high alcohol content and lack of sugar or perishable ingredients mean that there is nothing inside that can spoil.

Even though hard liquor can’t spoil, it can still lose its quality over time. The flavor may change after a few years, but it will still be safe to drink because distilled spirits won’t age inside of the bottle.

Some people suggest that 55 to 60°F is an ideal temperature to store liquors because keeping the beverages cool will help preserve them and make their quality last longer. Alcohol can evaporate and oxidize, which is what causes the flavor to change, and warmer temperatures speed up this process.

If you don’t want to store your liquor in the refrigerator, try to keep them in a cool, dark place, like in this cabinet found on Amazon. Keep liquor away from direct sunlight. Keep the beverages away from the windows. If you’re storing them with an outside bar, keep them in the shade or in a cabinet. The sun will cause rapid oxidation, and the taste and color of the liquor will change.

Storing Liquor in the Refrigerator or Freezer Is Safe

Many people choose to store their liquor in the refrigerator or freezer because they want to serve their drinks chilled or don’t want them to be diluted by ice. Storing your liquor this way will not change the quality or flavor.

Many liquors like gin and vodka are recommended chilled. If you don’t have the room in your refrigerator to store them there long term, you can place them in there a couple of hours before you need to use them to get them chilled.

Whether you store liquor in the pantry or in the refrigerator, you should always store the bottles upright. When the liquid touches the cork, it could mix with the liquid and cause the alcohol content to decrease, therefore lowering the quality.

Returning leftover liquor to the shelf could also lower the quality of the beverage. A full bottle will last longer than leftover liquor because less liquor means that there is more oxygen inside to start the oxidation process. If you don’t finish the entire bottle, try to finish it sooner rather than later, and take extra care to keep unfinished bottles in a cool area.

How Should Liqueurs Be Stored?

Now let’s take a look at liqueurs. While similar in storage methods, there are some key differences that I will cover.

Liqueurs Can Be Stored at Room Temperature

Even though they contain ingredients like sugar, cream, and egg, liqueurs can also be kept outside of the fridge. The high alcohol content acts as a preservative that will prevent the beverage from spoiling.

Oxidation and evaporation can also affect liqueurs. These beverages are also susceptible to dairy curdling and sugar crystallization if they get too warm. If either of these processes appears to be taking place, throw out the bottle. Consuming spoiled ingredients can be harmful to your health.

Storing liqueur in the refrigerator will help preserve it for longer. Many people prefer to refrigerate liqueur since it’s sweeter or creamier than hard liquor. If you choose to store it this way, be sure to store it upright instead of on its side.

Check to See If the Liqueur Bottle Has an Expiration Date

You can use that date as a guideline to judge whether or not it’s time to dispose of the liqueur. If you have any doubts at all about if the beverage is safe to drink, then you should probably throw it away.

What About Fortified Wines?

You might be wondering how to store fortified wines since they are sometimes considered to be liquor, but sometimes aren’t. The cause of confusion on how to classify these beverages is the fact that they are made from both wine and distilled spirits. Types of fortified wines are sherry, vermouth, port, and Marsala.

Fortified wines are usually made with brandy, which is used to help preserve the wine for a longer period of time. Fortifying wine causes the alcohol concentration to go up, sometimes as much as 20%, which is stronger than the typical wine.

Since the beverage is wine-based and made from fruits, its shelf life is much shorter than the shelf lives of liquor and liqueur. Unopened bottles should last a few months in a cool, dry place.

Keep it out of the sun just like you would for liquor. Keep open bottles in the refrigerator and store it sitting up, so the cork doesn’t mix with the alcohol content. You should drink it as soon as possible after opening, with the exception of vermouth, which should last for a couple of months.

Here are the basics, all summed up: