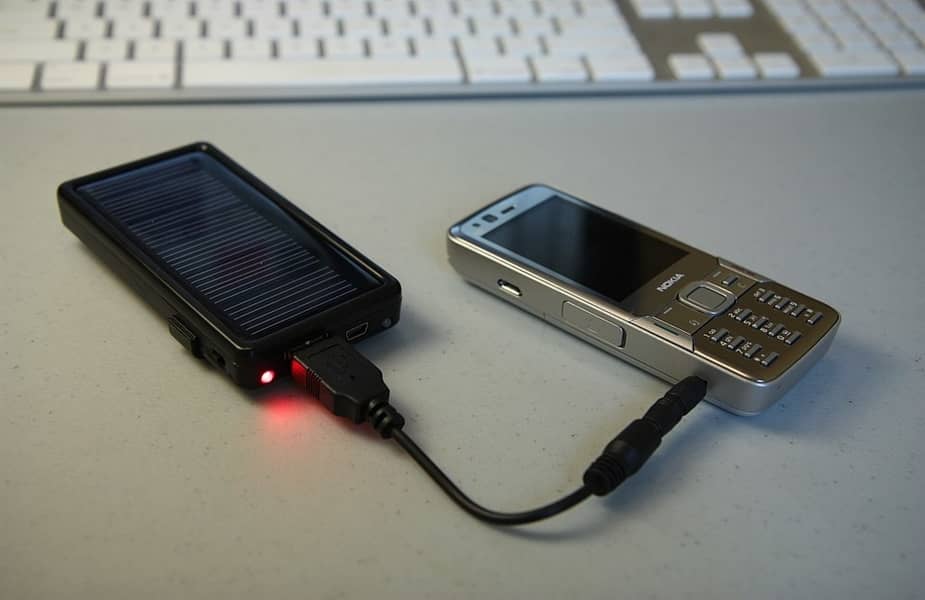 A solar charger is basically a mini solar panel that charges individual electronic devices and rechargeable batteries. They can be used to charge your electronic devices without using your home electricity and can even be used during a power outage.

Do solar chargers work indoors? Yes, solar chargers can work inside but not as well as in direct sunlight. It all depends on how much and how effectively the light is hitting the solar panels.

When choosing a solar-powered charger it is beneficial to understand how they work best in daily life, as well as in an emergency. Solar devices only function properly when they have exposure to direct light. If you use these devices indoors or in cars, different lighting can affect how they work.

Solar panels on solar charges are made up of solar cells. Solar cells are used to capture solar energy and transform it into usable electricity.

There are two main kinds of solar chargers that are used; one works as a charging outlet while the other one is more of a portable battery. Both of these designs are able to take energy from the sun through the panels and convert it to electricity.

The design that works as a portable charging outlet has a design that is like a fold-up belt covered in solar panels. Because it isn’t a battery, it’ll have to lay out in the sun with the devices needing a charger plugged in.

This type of solar charger is capable of having an output of 2.4Amps per port, or 4.8Amps on a single device. Typically, the output for the charger you plug into the mains is 1-2Amps.

The other design of solar chargers that is more of a portable battery has a design similar to a normal portable battery, but with solar panels on top. This charger can charge up when in direct sunlight. But instead of having to plug your devices in then and there, these chargers can hold power and save it for when the electronics need to be charged.

These chargers have different output slots that can be used for different devices. Since the power is stored in the charger and then delivered via a power bank to your device, the output will remain consistent at a designated Amp.

Although charging through a window is being done by the sun, it is still considered indirect sunlight charging and won’t produce a charge as powerful as if it was sitting in the direct sun rays outside.

To charge your solar-powered charger inside using the sunlight, you should leave the charger and device on a windowsill where sunlight hits.

This is the most effective way to charge your devices if you have lost power in your home and are not able to go outside. Even if it is cloudy or raining, some light will reach the solar panels and be able to give a charge.

It is also possible to charge a solar-powered charger under artificial lighting, like a light bulb, but this is a less effective way to charge.

Depending on the wattage, the number of bulbs lit, and the distance between the light source and charger will determine how strong a charge the solar charger will receive. It will then affect how much that charger will be able to produce energy to an electronic device.

Because the light waves are not as similar to sunlight and incandescent bulbs, the LED lights will take longer to charge a charger and would require more LED lights.

The wattage of the LED lights will have to be closer to 100 in order to work.

Portable chargers can be charged in direct sunlight and then hold the energy until used to charge a device. Meaning, they can charge a device while indoors without needing to be in sunlight or under artificial lighting.

If there is a power outage, having a portable charger is beneficial to have in order to hold the sun’s energy during the day, and then be able to charge any device needed at nighttime using that stored energy.

Which Kind of Solar Charger Is Better?

The type of solar charger that works as an outlet is more efficient at charging because there are more solar panels that are able to gather energy. Also, with this design, the energy isn’t converted and stored, which means there is no power that is lost, and it is capable of charging faster.

The other kind of charger can be very convenient, but it does take a longer time to charge. To fill up the entire 25,000mAh battery, it would take about a week of sunlight.

With that being said, the solar charger that needs to be out in the sunlight while the device is plugged in is the more effective one. This type is in line with the standard wall charger speeds.

The tint on the windows only blocks a portion of light and energy that comes through the glass, so, therefore, solar-powered devices can be charged through the tinted windows in your home or car.

However, some forms of tint vary the amount of light that gets through. Privacy tints, for example, block a significant amount of light from getting into the solar cells that draw in power.

This happens because the tint is designed specifically to reflect back the light, so when the tint is darker, it is harder for the light to reach the solar cells needed to make the charge.

Solar chargers are quiet, easy to use and maximize battery life. Solar charges generate D.C. electricity, which is exactly what batteries need. By saturating batteries with these electrons in a slow and steady manner, you prevent batteries from repetitive deep charges that can shorten the battery life.

Here are some more benefits of solar charging:

Although there are great benefits to using a solar charger, there are some cons to consider:

Solar chargers can work indoors but are most efficiently used in the direct sunlight to maximize the energy they can convert into a usable form for electronics.

They are most useful as a way to save a bit of electricity or as an emergency source of power generation during an extended outage and certainly have a role to play in anybody who wants to be prepared in a power outage situation.

How long do solar batteries last? Solar batteries function effectively for between 5 and 15 years depending on the individual specifications of the equipment.

Can you use solar panels indoors? Solar panels are capable of functioning indoors using incandescent and artificial lighting but can only power small devices if installed indoors.