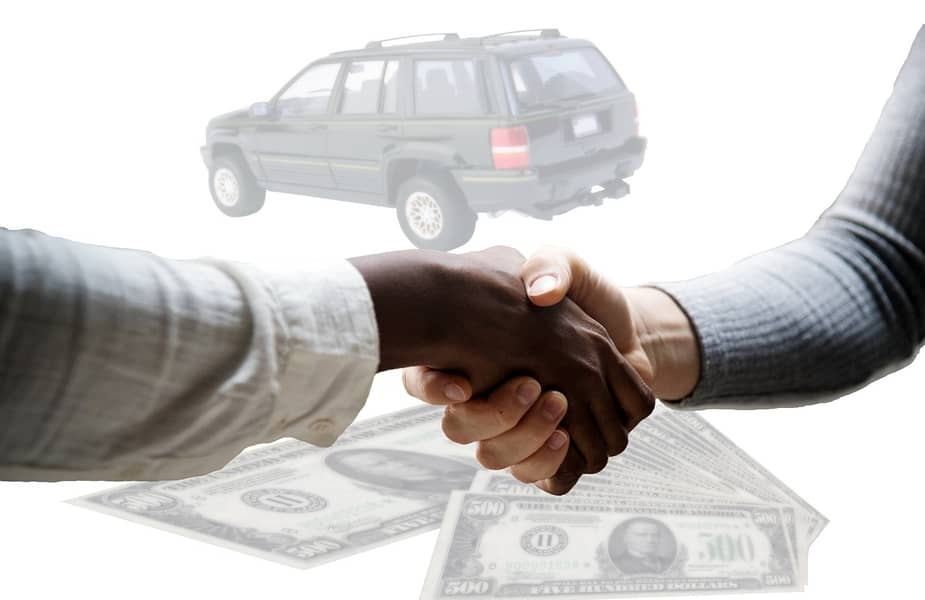 I grew up on a car lot. In fact, everything my family owned was due to what we made from the family business. My father owned a used car dealership for almost 40 years so I can give you a definitive answer on what dealers make on average per car.

A used car dealer makes an average of $500 to $3,000 per car. The exact number is determined by factors like the mileage of the car, the repair/refurbishment costs, the make and model, whether the car is paid for in cash or financed, and the persuasive ability of the salesperson.

In this article, we’ll look at the whole process of setting the price for used cars and share some handy tips on making a profit selling used cars. Let’s get started!

In this instance, we’re talking about your typical Toyotas or Hyundais. Big dealers no longer set the price for used cars themselves. They let computers do this for them. We will discuss this further in the next section.

Of course, if we’re talking about novelty cars, they will sell for a lot more than the original price. But assuming we are talking about regular cars, unfortunately, the profit simply isn’t as high as it used to be.

How Dealers Set the Price for Used Cars

Setting the price for used cars has become a whole different game today than in the days before tech and the internet.

Back in the days, dealers would get a used car, do all the repairs and the refurbishments, and set its price. To set the price, they would simply add up what they paid for the car, all the repair and refurbishment costs, and the profit they would want to make off of it. This last part could be anything from $500 to $2,500 (this isn’t accounting for inflation, mind you). When all these prices were added up, they came up with the selling price.

After this, they would simply put an ad on the local newspaper, and when someone called inquiring about it, they would usually negotiate the price and settle for a bit less than the selling price.

Things are a bit different these days as most customers have access to all the information they need about the car being sold online. So the old way of selling is done.

Most used car dealers use complicated software such as vAuto to determine the appropriate selling price for any used car. The software compares the price of all the similar vehicles in the market and factors in things like the season and the location to determine the best value for the used car.

So basically, a computer tells the dealer what price a used car will sell for. As a result of this, the competition has become tougher these days and used cars sell for less profit than they used to. In fact, for most car dealers, this profit is no longer the biggest factor. What they worry about more is the time they take to “turn” (or sell off) all of its current inventory. The aim is to sell more cars for less individual profit.

How to Make the Most Profit Selling Used Cars

Now we will look at some of the things one can do to actually make a profit selling used cars.

This is a no-brainer, but it is amazing how many used car dealers actually overlook the importance of this point. Most of the people you will be selling your car to aren’t going to be car enthusiasts. They will be regular people looking for a nice car that they can use to commute to and from work or school. So just so long as the car works, the only other factor they will use to determine the car’s value is its looks.

Make sure you’ve done everything you can to make the car look nice and clean before you put it on display.

This is another no-brainer, but if you’re trying to start a business selling used cars, it makes sense to know everything there is to know about cars.

This doesn’t just help your salesmanship. It actually helps you in the process of repairing and refurbishing the used cars. Knowing cars means you can, for the most part, take care of most of this process yourself. If you require professional help for every step of the process, you won’t be making much profit.

Your best bet is to try and get a car that is ten years old with less than 10,000 miles on it. Refurbishing and repairing these cars will be easier, and they will also sell easier. These cars will make you the most profit.

Using Social Media and Other Free Platforms to Advertise

We live in the age of social media and the internet. And if you’re not making the most of this medium to sell your cars, you are missing out. Make sure you find relevant local groups on Facebook and post your ads there.

There are also plenty of cheap or virtually free platforms online such as Offerup, Craigslist, and LetGo. Make the most of all of them. If you master this part of the process, you won’t be losing money on advertising costs.

You’ll also want to get on car-specific sites like Cars.com, eBay Motors, or Autotrader. These are the sites many people go to when looking for a new vehicle, so it’s essential that you place your vehicles on there.

Find Out What Cars the Customer Wants

One rookie mistake that a lot of independent used car dealers make is buying the cars they like, hoping the market will like it too. Well, if you’re looking to make a profit in the market, you will have to assume that the customer always knows best. This is especially true of used cars, as a lot of people looking to buy a second-hand car most likely aren’t looking for the car of their dreams.

Determining what car would sell best will depend on where you live. Look at what cars the people around you drive. Another counter-intuitive point: Don’t look at what cars the posh people drive or prefer. Rather look at the regular people and what they’re driving as they are the ones that solely comprise your target demographic.

Here’s a great video on how you can sell a used car:

A lot of people prefer buying a used car as their first car. Cars that are less than ten years old and have less than 10,000 miles are the most popular in this category. Now you know exactly what used car dealers make per vehicle.

Used car dealers average a profit of 500 to $3,000 per car. This is, of course, assuming they handle most of the business themselves and are good at advertising. In a dealership, a used car typically spends 60 days in the lot before it is tossed off for auction.

As a used car dealer, your best bet is to stick with the kind of cars that are proven to sell. These include the cars you see the regular people around you drive. Cars that are less than ten years old and have less than 10,000 miles on them sell the easiest.