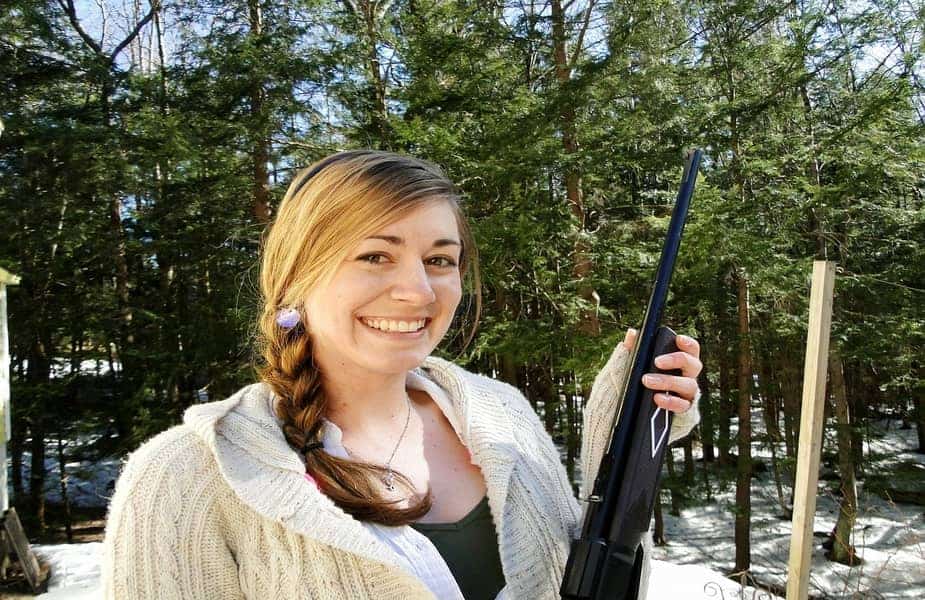 Both BB guns and pellet guns are two very popular options for people who have a beginner’s interest in firearms. Because they are both air-powered weapons, they are ideal for people just starting to learn about guns and how to use them properly. Some people, however, may be confused by the differences between the two weapons.

The main differences between BB guns and pellet guns are the style of projectile used – BB guns fire spherical ball-bearing style beads that tend to ricochet. In contrast, pellet guns fire pointed cylindrical “bullets” that are easier to direct and more effective than BBs.

BB guns and pellet guns both have unique properties that make them well-suited for different tasks or activities. To find out more about what makes each of these weapons special, read on.

What Do BB Guns and Pellet Guns Have in Common?

BB guns and pellet guns are often mistaken for one another because of the similarities in style, as well as differences in how they’re used and what activities they’re used for. There is very little indication that they are different from standard firearms other than the occasional orange tip on the weapon to indicate its safety. BB guns and pellet guns both have similar physical and visual attributes and look like regular weapons, but they have unique purposes and aren’t always used interchangeably.

One of the first characteristics that both guns have in common is that they are air guns. This means that cartridges of compressed air power them. This is in contrast to regular firearms powered by chemical reactions and combustion inside the weapon. Air guns are an alternative for people who want to generally learn how to use a firearm but don’t yet want to take the next step of working with a real rifle or pistol.

These air guns can be used for activities like target practice and shooting for fun, but also have the potential to be used for protection against pests and smaller wildlife that might be harming your property.

The final similarity between BB guns and pellet guns is that they are best used as training weapons and for educational courses. Instead of putting loaded firearms in the hands of untrained students, hunter’s education instructors and self-defense teachers can arm students with air guns during practice to mitigate the risk of injury or fatality during the learning process.

This helps students gradually learn how to handle firearms with less fear of harming themselves or someone else.

What Is Unique About BB Guns?

Most of us are familiar with BB guns either as a concept or as a toy we’ve played with in our younger years. They look a lot like standard rifles or pistols, but only fire small bead-shaped projectiles called BBs. These BBS are much less dangerous than standard bullets but can still cause harm if they aren’t used with care. BBs can leave large bruises and welts on the skin and even penetrate flesh if they are fired at close-range.

This is why BB guns should not be treated as toys or as an alternative to guns that fire plastic “bullets,” foam darts, or paintballs. They have the potential to cause harm and should be treated like any other variety of weapons.

Compared to pellet guns, BB guns are less precise, meaning that they are harder to direct at a particular target. This is because of the unique shape of the BBs themselves. Unlike pellets or even normal bullets, BBs are round, spherical projectiles that tend to be erratic and uncontrollable when fired. This is because they are less aerodynamic than pellets. Because of their spherical shape, BBs also ricochet much more easily and intensely than pellets.

When firing a BB gun, it’s important to make sure that you’re not firing at solid surfaces that tend to bounce BBs back at you. Air Gun Depot recommends not firing your BB gun at hard surfaces where there is a danger of ricochet.

Although BBs are less precise than pellets, they are more useful for younger sports enthusiasts because of the lower risk of injury associated with their use. BB guns are better used for play and shooting lessons because of their minimal risk of injury and fatality, although they should still be fired and used with the utmost care and adult supervision.

While they can fire the small ball-bearing shaped beads, BB guns are not designed to fire pellets. Pellets are more of a pointed cylindrical or cone shape, a shape that wouldn’t fit or fire properly when loaded into a BB gun. Stick with the average-sized BBs for this style of air gun. They are easy to fire at a close range and are a somewhat safer option for younger shooters.

What Is Unique About Pellet Guns?

Out of the two varieties of an air gun that we’re exploring in this article, the pellet gun is the stronger “weapon.” It generally provides more “firepower” (though it’s still an air-powered gun) and is more dangerous than a BB gun. This is because of the shape and size of the pellets that you load the gun with.

While BBs are small and round, pellets are shaped more like regular bullets, with a cone tip and cylindrical shape. This makes them more effective at penetration than simple BBs.

Because of the aerodynamic shape of the pellets, pellet guns are more precise weapons than BB guns. Pellets can penetrate targets more easily than BBs and are used for target practice more than just play like BB guns. Most pellet guns are also able to fire BBs, while the reverse is not true for BB guns.

The website Gone Outdoors suggests that pellets are more dangerous than BBs because of the shape and size of the projectiles you’re firing. They state that, because they are around twice the size of BBs and because they have an awkward shape, they have a much higher potential for harm than BBs.

Pellet guns work just as well as BB guns for training but are more precise and are better for target practice. This is because pellets are much easier to direct at a target than BBs are. Pellet guns are also used less for play and more for protection against pests and hunting small animals like squirrels, rats, and even rabbits.

BB guns and pellet guns are similar in a variety of ways. The first way they’re similar is because of their shape and size – they are both available as air guns in the style of true fire-powered weapons such as rifles and pistols. This makes both weapons easy candidates for training future hunters or self-defense experts, while still mitigating some of the risks associated with weaponry training.