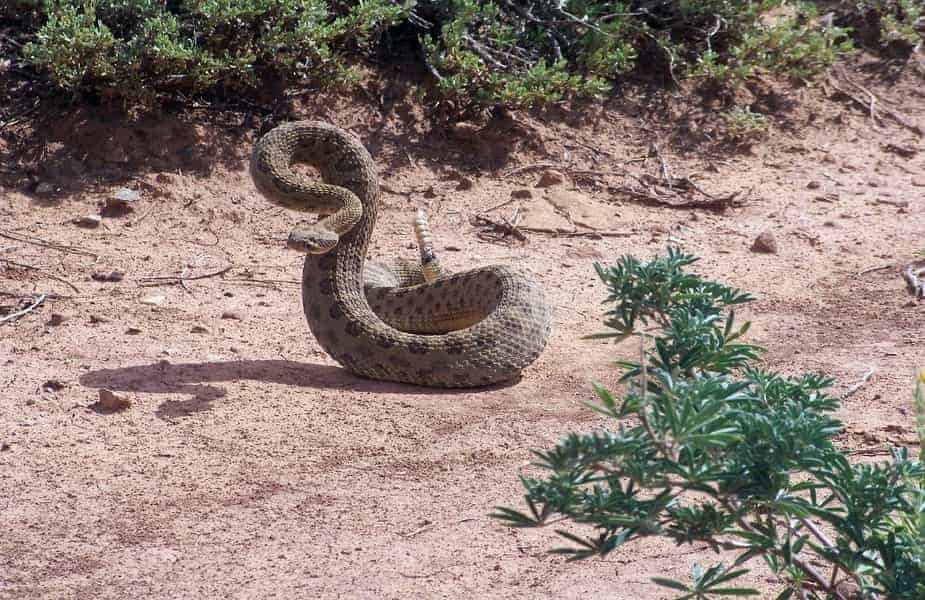 Hiking is a beautiful way to get healthy while being in nature. It is a worldwide activity for the old and young that can take the form of an intense trek through uncharted territory to a gentle walk through beaten paths. No matter the terrain, there is always a chance you may encounter a snake or two along the way. What do you do in this situation to stay safe?

What to do if you encounter a snake while hiking:

Encountering a snake while hiking is common in certain terrains. While most snakes in North America are not poisonous, it is advisable to treat every snake you face as a possible threat. Knowing how to act around them will protect you from receiving a painful bite. If someone is bitten, it is best to know how to treat the wound and get them medical help immediately.

Actions to Take When you Encounter a Snake

If you are out hiking and discover a snake, there are actions to take to ensure your safety.

What to Do if Bitten by A Venomous Snake

Snakebites have given rise to many false medicinal interventions throughout history. For many years, the common belief was that sucking out the venom with your mouth or a particular piece of equipment was the only course of action to take. That was until antivenom and modern medicine combined streamlined the first aid process.

No matter what steps you take, get the affected person to medical personnel as fast as possible. Call for assistance to come to you or help the victim to safety if that is the best course of action.

If possible, after someone has been bitten, try to learn what you can about the snake (size, shape, length, color) as this will help experts know how to treat the bite. To be confident that it is a snake bite you are dealing with, look at the wound – it should be swollen and have two distinctive fang marks. Anything you can convey to first responders if you call them will assist them in guiding you correctly.

Tending to the Victim

Keep the snake bite victim as still and calm as possible – try to prevent them from moving at all. The aim is to keep the heart rate slow the decelerate the spread of the venom. Also, with this mindset, keep the victim’s heart above the bite area.

Around the bite, apply a constriction like a belt or a bandage to stem to flow of blood to the bite mark. By doing so, the venom will enter the patient’s bloodstream slower. Be sure not to tighten the constriction too tightly, or you will stop the blood flow to the limb, which will lead to further, serious medical problems.

You will instinctively want to clean the wound, and doing so with water (and soap if available) is the best course of action. Under no circumstances, try to suck out the venom. The length of the snake’s fangs means that the poison is deep into the tissues and not sitting just below the skin. By sucking, you’d only be able to remove a small portion of the venom, and you are endangering yourself in the process. Any tears in your mouth or lips is an access point for you also to be infected.

However, if you happen to have a snake bite kit, like this one found on Amazon, you can use it to try to get as much venom out as possible.

Due to the deepness of the wound, do not try to cut out the venom. There is also no ointment that you can buy that will help.

While waiting for medical assistance, monitor the victim for symptoms, and treat them as best you can. A snake bite can induce vomiting, fever, dizziness, confusion, and slurred speech before more complicated effects that will lead to death set in. Keep an eye on the victim and note their symptom progression to convey it to the medical team. Once the victim is undergoing medical care, the antivenom will be the primary course of treatment.

Most snake bites aren’t poisonous, but unless you are confident that is the case, treat it as if it were. Even after it has been confirmed that the snake wasn’t dangerous, the snake bite still needs to be cleaned, and the patient given a tetanus booster as snakes can give you this infection.

How to Limit the Dangers of Snakes While Hiking

There are several things you can do to prevent the dangers of snakes while hiking. By following these guidelines, there is only a negligible chance that you’d be bitten by one.

While hiking, you may encounter a snake. The best thing you can do is walk away from it and take a wide berth the avoid being bitten. Wearing solid hiking boots and using trekking poles can help protect you.

If possible, stick to popular trails and finish your hike by dusk to avoid encountering any snakes in the darkness. To be prepared if the worst happens, educate yourself with the snakes in the terrain to inform first responders of the species that bit you. Finally, learn first aid for how to treat a snake bite wound.

Here are the items that you will find helpful in dealing with snakes on your next hiking trip. All products are found on Amazon and come highly recommended.

What Is the Most Poisonous Snake In the US?

Sixteen of the twenty species of venomous snakes in the US are rattlesnakes, two are corals, and the remaining is a water moccasin and a copperhead. The Eastern Coral snake has the highest potency releasing deadly neurotoxins, but it is hard to be bitten by them due to their short fangs. The Mojave rattlesnake is the most lethal of all the rattlesnakes, which carry a venom with both neurotoxic and hemotoxic effects. The Eastern and Western Diamondback rattlesnakes are the most common the bites encountered, releasing a deadly hemotoxic substance into their victims.

How Many People Get Bitten by Snakes Each Year?

The Centers for Disease Control and Prevention estimate that between seven and eight thousand people are bitten by venomous snakes in the United States each year. Of these, only five die, on average, annually. Surprisingly, this figure is higher than in Australia, where venomous snakes are more prevalent. There, only 2-4 people die each year from snake bites. In 2008, it was reported that 20,000 deaths worldwide were attributed to venomous snake bites.

When Are Rattlesnakes Most Active?

Rattlesnakes tend to hibernate until the average daytime temperature reaches 60 °F, which is usually around late March or early April. Once the temperatures reach 80-90 °F, rattlesnakes are the most active, so they are out often during most of the day in the spring and fall. In the summer, they will stay in the shade during the hottest hours and be more active in the mornings and evenings. Starting in September, the snakes will go back into hibernation.